You are here: Home / Archives for cry 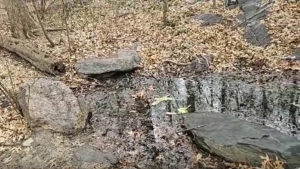 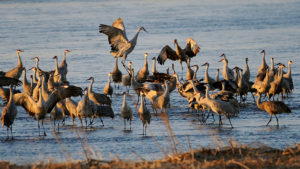 Trilobites By JOANNA KLEIN Sandhill cranes on March 20 in the Platte River in Grand Island, Neb. The peak roosting period this year was March 8 through March 16. You’ll hear it before you see it. The ancient call of a single crane can trumpet out for miles. And when they all cry out at once the sound multiplies by the tens or hundreds of thousands. Each spring, around half a million sandhill cranes descend upon a small stretch of the Platte River in Nebraska on their way north to Canada, Alaska and Siberia, from their winter homes in Mexico and the Southwest. Starting around Valentine’s Day through the first half of April, they rest there to prepare for nesting up north. Thousands of visitors come from all over the world to greet them. This year, biologists at the Crane Trust … END_OF_DOCUMENT_TOKEN_TO_BE_REPLACED 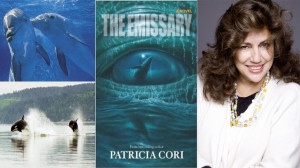 Good News Spring Equinox Earth Day Special.  The Emissary: A Passionate And Powerful Cry For Change  www.SaveEarthsOceans.org Los Angeles, CA, March 5, 2014 – Good News Spring Equinox Earth Day Special North America has been pounded with extreme weather for more than a year, and it's difficult to avoid the idea that human behavior plays a role. Bestselling author and environmentalist Patricia Cori is committed to raising the alarm through every venue possible. Her latest fast-paced book, The Emissary (North Atlantic Books), has already captured the attention of Hollywood and is in development to be a major motion picture by Global Universal Entertainment. http://www.indiegogo.com/projects/singing-the-oceans-alive?show_todos=true Patricia Cori is the founder of the global … END_OF_DOCUMENT_TOKEN_TO_BE_REPLACED

In 2020 we will take our event to 193 countries and other locations to create the largest world gathering & broadcast to share Peace, … END_OF_DOCUMENT_TOKEN_TO_BE_REPLACED