You are here: Home / Archives for diversified 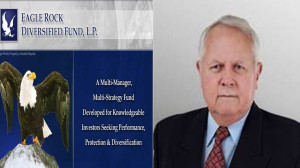 Fred Klein, of the Gotham City Networking, Inc. introduces Good News to Jack at the Friars Club in New York City.  Jack has leveraged his networking and client development skills to build a substantial, highly diversified career. Jack currently manages the Eagle Rock Diversified Fund, a successful fund-of-hedge funds, that he launched in 2001. Previously Jack started and/or headed companies in: multi-media consumer and business to business publishing (Harpers, Country Music Magazine and Wireless For the Corporate User); venture capital and industrial equipment manufacturing sectors. He partnered to develop commercial real estate properties in Florida. Early in his career Jack worked in the UK for a British technology company as head of one of their divisions and consulted with the heads … END_OF_DOCUMENT_TOKEN_TO_BE_REPLACED

In 2020 we will take our event to 193 countries and other locations to create the largest world gathering & broadcast to share Peace, … END_OF_DOCUMENT_TOKEN_TO_BE_REPLACED