You are here: Home / Archives for fulfil 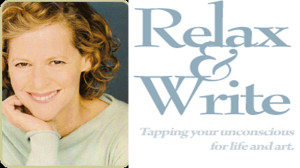 Maia Danziger has been teaching Relax & Write™ and guided meditation workshops for more than ten years. She runs weekly private classes in Los Angeles and also teaches workshops for a variety of organizations, including hospitals, wellness communities, universities, spas and corporations. A Certified Life Coach, Danziger specializes in working with writers and artists on developing creativity and fulfilling their careers. Her clients include actors, artists, journalists, novelists, playwrights and screenwriters. An Emmy Award winning actress, Danziger has appeared extensively on and off-Broadway, on television, and in film. She is also the founder and former Artistic Director of the Actor's Company Theatre in New York. Diagnosed in 1994 with breast cancer, Danziger … END_OF_DOCUMENT_TOKEN_TO_BE_REPLACED

In 2020 we will take our event to 193 countries and other locations to create the largest world gathering & broadcast to share Peace, … END_OF_DOCUMENT_TOKEN_TO_BE_REPLACED