You are here: Home / Archives for medal 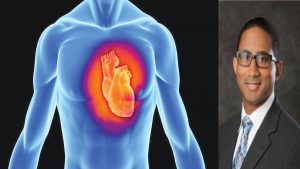 CARDIOVASCULAR DISEASE IS THE LEADING CAUSE OF DEATH AND DISABILITY AMONG ALL AMERICANS, BUT BLACK MEN AND WOMEN ARE MORE LIKELY TO DIE OF HEART DISEASE AND STROKE THAN WHITE MEN AND WOMEN.THE GOOD NEWS IS EVEN SMALL CHANGES IN DAILY HABITS CAN REDUCE YOUR RISK OF DEVELOPING A HEART DISEASE, INCLUDING THE MOST COMMON TYPE, CORONARY ARTERY DISEASE. JOINING US NOW DURING HEART HEALTH MONTH IS INTERVENTIONAL CARDIOLOGIST AND MEMBER OF THE ASSOCIATION OF BLACK CARDIOLOGISTS DR. WAYNE BATCHELOR TO TELL US A LITTLE MORE ABOUT CORONARY ARTERY DISEASE, AND TO SHARE SOME TIPS FOR LIVING A HEART HEALTHY LIFESTYLE. BIO: Dr. Wayne Batchelor received his B.A. and Doctorate of Medicine degrees summa cum laude at Queen’s University in Kingston, Ontario in Canada. He then completed a Comprehensive … END_OF_DOCUMENT_TOKEN_TO_BE_REPLACED

Michael Fred Phelps II (born June 30, 1985) is an American swimmer and the most decorated Olympian of all time with 19 medals. Phelps also holds the all-time records for gold medals (15) and gold medals in individual events (9). In winning eight gold medals at the 2008 Beijing Games, Phelps took the record for the most first-place finishes at any single Olympic Games. Five of those victories were in individual events, tying the single Games record. In the 2012 Summer Olympics in London, Phelps has won two silver medals and one gold through July 31. Phelps is the long course world recordholder in the 100 metres butterfly, 200 metres butterfly and 400 metres individual medley as well as the former long course world recordholder in the 200 metres freestyle and 200 metres individual medley. … END_OF_DOCUMENT_TOKEN_TO_BE_REPLACED

In 2020 we will take our event to 193 countries and other locations to create the largest world gathering & broadcast to share Peace, … END_OF_DOCUMENT_TOKEN_TO_BE_REPLACED