You are here: Home / Archives for myth 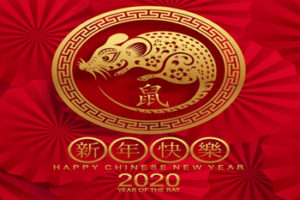 The Rat is the first of all zodiac animals. According to one myth, the Jade Emperor said the order would be decided by the order in which they arrived to his party. The Rat tricked the Ox into giving him a ride. Then, just as they arrived at the finish line, Rat jumped down and landed ahead of Ox, becoming first. The Rat is also associated with the Earthly Branch (地支—dì zhī) Zi (子) and the midnight hours. In the terms of yin and yang (阴阳—yīn yáng), the Rat is yang and represents the beginning of a new day. In Chinese culture, rats were seen as a sign of wealth and surplus. Because of their reproduction rate, married couples also prayed to them for children. Rats are clever, quick thinkers; successful, but content with living a quiet and peaceful life. Recent years of the Rat are: … END_OF_DOCUMENT_TOKEN_TO_BE_REPLACED 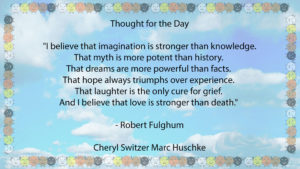 "I believe that imagination is stronger than knowledge. That myth is more potent than history. That dreams are more powerful than facts. That hope always triumphs over experience. That laughter is the only cure for grief. And I believe that love is stronger than death." - Robert Fulghum Cheryl Switzer Marc Huschke … END_OF_DOCUMENT_TOKEN_TO_BE_REPLACED

“The Money Myth Exploded” was one of the first articles of Louis Even, and remains one of the most popular to explain how money is created as a debt by private banks. It is available in the form of an 8-page leaflet (tabloid format) that you can order from the “Michael” office, in several languages: English, French, Spanish, Italian, German, Polish, Portuguese. 1. Shipwreck survivors An explosion had blown their ship apart. Each one grasped the first bit of wreckage that came to hand. And when it was over, there were five left, five huddled on a raft which the waves carried along at their will. As for the other victims of the disaster, there was no sign of them. Hour after long hour their eyes searched the horizon. Would some passing ship sight them? Would their make-shift raft … END_OF_DOCUMENT_TOKEN_TO_BE_REPLACED

In 2020 we will take our event to 193 countries and other locations to create the largest world gathering & broadcast to share Peace, … END_OF_DOCUMENT_TOKEN_TO_BE_REPLACED