You are here: Home / All We Need Is Love / Overcoming Obstacles / The new collection of poetry from Mario René Padilla :Blue Plums & Weeds 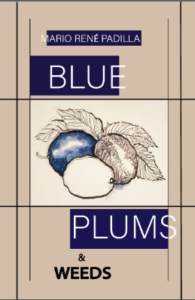 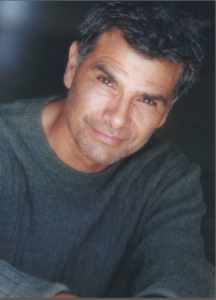 Mario René Padilla was born in Detroit and raised in Columbus, Ohio. He’s of Italian and Mexican descent, but grew up, nevertheless, a typical “mid-western” kid. Needless to say, multi-culturalism and mixed-cultural identity are central themes in his work. His poetry and stories have appeared in North American Review, The Antioch Review, New Letters, Alligator Juniper, The Ledge, INKWELL Magazine, Americas Review, Tulip Tree Review, Westwind, Chiron Review, Atlanta Review, among others. His second collection of poems, Blue Plums and Weeds, was published in Feb. 2021 by PSPoets in Los Angeles. The collection was a finalist in the Ohio University Press “Hollis Summers Poetry Prize, the Akron Poetry Prize, the Snake Nation Press poetry contest, and Crab Orchard Review’s, all national competitions for book publication. He is a winner of a Fulbright Award for his dissertation, Jorge Luis Borges: Young Poet of Prose (1919-1925). His first collection of poems, Reaching Back for the Neverendings, appeared in 1994. His unpublished collection of stories, Scales and Other Stories, was runner-up in the Red Hen Press 2016 Fiction Prize, as well as in Snake Nation Press’s Serena McDonald Kennedy Fiction Award, 2017 and the editors of each press nominated the collection for a Pushcart Award for runner-up collections. Two of his stories “La Château Possonniere” and “Scales” won first prize in TulipTree Publishing’s story contest, Stories That Need to Be Told, 2017 and 2020 respectively. He received a B.S from Ohio State University, an M.A. in English from Loyola Marymount, and a Ph.D. in Comparative Lit. from USC. He’s a longtime resident of Venice, CA with his wife and blended family of six. He teaches English, Creative Writing and Latin-American Literature full-time at Santa Monica College in Santa Monica, California.