William D. Euille is the CEO of The Euille Group, LLC,

You are here: Home / All We Need Is Love / Good Samaritans / William D. Euille is the CEO of The Euille Group, LLC,

Listen to “William D. Euille is the CEO of The Euille Group, LLC,” on Spreaker. 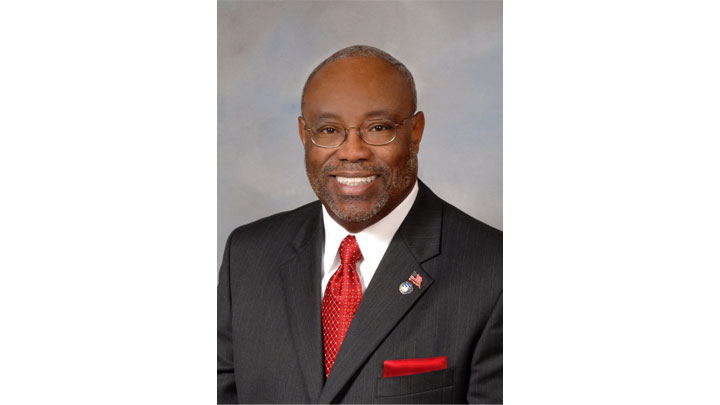 for more info, go to http://goodnewsplanet.com/what-does-peace-mean-to-bill-euille/
a business development consulting firm and previously served as the past Director for Government Relations and Business Development with America’s Future Workforce.
Mayor Euille began his business career as an accountant with an Alexandria construction company in 1972, and within eight years, he advanced to Vice President/Controller, ultimately having responsibility for all contracting, financial and administrative functions. In 1987, he formed WM. D. Euille & Associates, a construction services firm, specializing in federal government contracts.
A native of Alexandria, Virginia, Mayor Euille graduated from T.C. Williams High School and earned a bachelor’s degree in accounting from Quinnipiac University in Hamden, Connecticut in 1972.
The Mayor is active in community affairs in Alexandria and Washington, DC. His dedicated involvement includes the William D. Euille Foundation, which he founded in 1994; the Alexandria Boys and Girls Club; the American Heart Association; 1998-2000 Chairman of the Alexandria United Way Campaign; INOVA Hospital Health System Board; Hopkins House Association; 2001 Chairman of the NOVA Urban League Board of Directors; Alexandria Community Trust; The Alexandria Rotary Club; and the Scholarship Fund of Alexandria. He is a member of Ebenezer Baptist Church in Alexandria.
He has also been active in business and construction industry organizations such as the Alexandria Chamber of Commerce; the US Chamber of Commerce; National Association of Minority Contractors; Associated Builders and Contractors, Inc; and the NOVA Building Industry Association.
Mayor Euille has received many major awards and honors, such as the 1994 Entrepreneur of the Year from the Virginia NAACP (The Mayor was the inaugural winner of this award); Who’s Who in the East; Who’s Who in America; 1995 Community Service Award from the Hopkins House Association; Outstanding Young Men of America Award; 1996 Blue Chip Award from the US Chamber of Commerce; the 1996 Entrepreneur of the Year from the Washington Post and Ernst & Young, LLP; the 1996 Small Business Person of the Year from the US Small Business Administration; and community service awards from the Alexandria NAACP (1996), Northern Virginia Urban League, Inc. (1997), Alexandria Chamber of Commerce (1997), and the Alexandria Sportsman Club (1998); Philanthropist of the Year 2000 from the Alexandria Chamber of Commerce; SBA’s Graduate of the Year Award in 2000; Education Association of Alexandria’s “Whole Village Award” (2001); and the Alexandria Chamber of Commerce Business Leader of the Year (2001), and the 2016 Man of the Year Award from Nu Xi Zeta Sorority, Distinguished Service award (2016), from Friendship Veterans Fire Engine Association; Lifetime Achievement Award, from The Alexandria Democratic Committee; and Rotary International Community Caring Award (2016).
Mayor Euille was elected to a three-year term on the Alexandria City Council in May, 1994. He was re-elected in May, 1997 (Vice Mayor) and in May, 2000. He was elected the City’s first African-American Mayor in May, 2003 and was re-elected Mayor in May, 2006, 2009 and in November 2012. He served on the Board of Directors for the Washington Metropolitan Area Transportation Authority; the Northern Virginia Transportation Authority (NVTA), and the Virginia Econimic Development Partnership. He is Past Chairman of the Northern Virginia Transportation Commission (NVTC) and Past President of the Virginia Transit Authority (VTA). and past Chairman of the Washington Metropolitan Council of Governments (COG), and past President of the Virginia Municipal League (VML); Past member of the U.S. Conference of Mayors (USCM) and National League of Cities (NLC).

BadNews and GoodNews: : Sadness and Laughter and LOVE
Next Post: Paul Sladkus to perform at GOPIO 01/09/21 at 6pm est Global Organization of People of Indian Origin