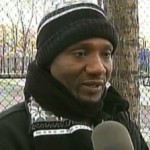 On Friday, March 4, Brooklyn Borough President Marty Markowitz and New York City Taxi & Limousine Commissioner David Yassky will honor and present a proclamation to Crown Heights cab driver and Sierra Leone native Zubiru Jalloh, who returned $100,000 worth of jewelry, photographs, and cash left in the back seat of his cab by John James, who attended along with his brother, National Arts Club president O. Aldon James.

Zubiru Jalloh could have considered the package he found in his back seat to be a gift from God, said BP Markowitz. He could have taken its contents, kept them, and nobody would have been the wiser. But even with all this temptation, he did what was right. Not only did he return the bag to its rightful ownerhe initially resisted a reward. And you know what his reason was? He said he was just doing his job. Now thats what I call the Brooklyn attitude.