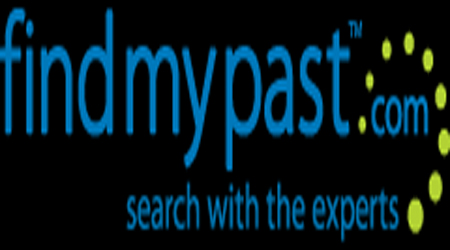 Chuck Norris is the most popular American born the year of the 1940 U.S. Census, suggests a national poll done to mark the Government’s release of the 1940 Census records April 2.

The martial artist, actor and action star is the 1940-born American who fellow Americans would most like to discover is along-lost relative, reveals the poll conducted by IBOPE Zogby for genealogy website findmypast.com.

Nancy Pelosi, the Democratic politician, is the top-ranking woman, ahead of Raquel Welch and Dionne Warwick, and the 1940-born American who Democrats would most like to find is related.

But for Americans as a whole, Chuck Norris, America’s tough guy,is the landslide winner,polling over double anyone else.

“One of the joys of genealogy can be unearthing ‘trophy ancestors’ or famous relatives you never knew you had”, says Josh Taylor, genealogist and spokesperson for findmypast.com.

Thanks to the release of the 1940 Census records, many Americans will likely be making just such discoveries over the coming months.

“So, we thought we’d give folks the chance to warm up by picking their own ‘fantasy relative’”, explains Taylor. “You’ve heard of Fantasy Baseball; this is ‘Fantasy Genealogy’.”

What’s more, around 40 million U.S. citizens* – including Barack Obama – share Norris’s Irish roots, which means that many more Americans than currently know it, may, indeed, besomehow related to the action star. 1940 yielded not just a U.S. Census but also a bumper crop of great Americans.

Findmypast.com showed over 2,000 Americans a list of the 10 most famous fellow Americans born during 1940 and asked respondents to imagine they were suddenly to find out, via research into their family history, that they were related to one of these famous figures.

The question was: which one of them would they most like one day to find out was their relation?

“Chuck Norris did not just win”, says Taylor. “He pulverized the field. No-one else came close.”

One in five (19%) respondents picked Norris as their fantasy relative, while fewer than one in 10 picked Al Pacino (9%) in second place and Martin Sheen (8%) in third.

Although more men than women chose Norris, the latter was also the first pick of both genders.

“Perhaps everyone wishes they had a bit of ‘Walker, Texas Ranger’ in them”, says Taylor, referring to the role made famous by Norris in the hit TV show of that name.

Carlos Ray “Chuck” Norris was born March 10, 1940, just three weeks before the 1940 Census was taken on April 1. The 1940 Census records his hometown of Ryan, Oklahoma as having 1,115 residents, of which he may well have been the youngest.

That means that, unlike most of the other famous 1940-born Americans in the findmypast.com poll, he actually appears in the 1940 Census records.

While born in Oklahoma, Norris also has ancestors from states including Tennessee, Virginia and Pennsylvania.

“His ancestry appears to have been a mixture of Irish and Cherokee”, says Taylor. “It’s likely that at least one of his grandparents was of Cherokee descent.

“One of his ancestors was reportedly an Indian agent for William Penn in the first Quaker settlement in Bucks County, Pennsylvania, who became unhappy and, according to one source, ‘ran away and lived with the Indians’.”

• Martin Sheen was actually the most chosen in the eastern U.S. (13%), while Chuck Norris dominated in the other three regions – west, south, and especially the Central/Great Lakes region, where 27% chose him to be their long, lost relative.

• While whites and Hispanics picked Norris, the first choice of African-Americans was the jazz great, Herbie Hancock.

• Democrats were most likely to say they would like to be related to Nancy Pelosi (14%), the former Democratic Speaker of the House, while one in three (33%) Republicans and one in five (22%) independents chose Chuck Norris.

• The following Americans were all born in the first three months of 1940, just in time for them to appearin the 1940 Census.

Methodology: IBOPEZogby International conducted an online survey of 2,126 adults. A sampling of IBOPEZogby International’s online panel, which is representative of the adult population of the US, was invited to participate.   Slight weights were added to region, party, age, race, religion, gender, education to more accurately reflect the population. The margin of error is +/- 2.1 percentage points. Margins of error are higher in sub-groups.  The MOE calculation is for sampling error only.