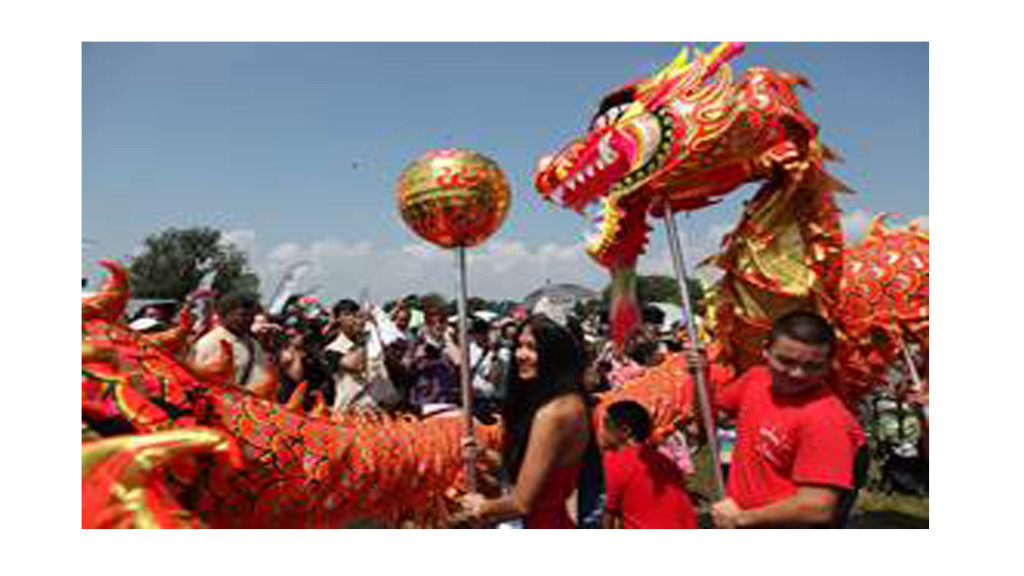 Queens, New York, Aug 3, 2015 – In Celebration of the “Year of the RAM,” the Board of Directors of the 25th Annual Hong Kong Dragon Boat Festival in New York (HKDBF-NY) has announced that this free multicultural festival and sporting event will be held THIS Saturday, August 8th & Sunday, August 9th, 2015 at Meadow Lake, Flushing Meadows Corona Park, Queens, NY. The Festival will be held rain or shine.

The Festival will feature entertainment for the entire family and exciting racing, with cash and prizes for competitors in this year’s US Dragon Boat Open Championship.

HKDBF-NY is an international, multi-cultural celebration and sporting event, the largest multicultural Festival in New York, and the largest festival of its kind in the U.S. HKDBF-NY keeps up the age-old tradition of Dragon Boat Racing in colorful, custom made teak boats, which are virtual works of art gliding on water. Custom-made by a small coterie of craftsmen in Hong Kong, weighing one ton each, colorfully painted with a Dragon head at the front and Dragon tail at the rear, the boats are piloted by up to 20 crewmen, including 18 paddlers, a drummer and navigator. For twenty-four successful years, HKDBF-NY has attracted a diverse, multi-cultural audience of more than 50,000 attendees throughout North America.

With a record number of over 200+ teams participating, involving more than 2,500 participants competing from across the U.S. and Canada, this year’s 25th Anniversary festival is expected to be notable in its scale and fierce competition. With cash and prizes at stake for the US Dragon Boat Open Championships, the festival takes place over two days on the site of the 1964 World’s Fair, featuring events for the entire family. The opening day parade at noon on Saturday, August 8th will be followed by the New York City Heritage Championship Races. The U.S. Dragon Boat Open Championship finals will be held Saturday/Sunday, with the teams vigorously competing for their share of the cash & prizes.

Racing starts at 9:00 a.m. and events last throughout the day until approximately 5:00 p.m. each day. Other festival events consist of the media invitational, corporate youth, charity race, women’s invitational, and sponsors challenge; a photo contest; as well as presentations on the Main Stage of traditional Chinese arts, martial arts demonstrations, the traditional Dragon dance, music and other diverse performances and demonstrations of folk arts and crafts. An International food court, and booths staffed by sponsors of the event, many of whom will be giving away promotional items, and many community-based organizations, help make for a unique, action packed, multi-cultural, New York City weekend.

Henry Wan, Chairman of the HKDBF-NY board stated that “The board and I are very proud and excited to have been a part of the growth of the festival from ten boats on the Hudson 25-years ago when the festival began, to commemorate the opening of the Hong Kong Economic and Trade Office in New York (HKETO NY), to this year’s festival with over 200 teams participating in celebration of the 25th anniversary. HKDBF NY has become one of the largest international Dragon Boat Festivals in the world and a much anticipated event on NYC’s summer calendar.” Steve Barclay, current Director of the HKETO NY confirmed their support of the festival, by stating that “the HKETO is very pleased to have started HKDBF-NY, and to remain as the Title Sponsor. We look forward to having our largest contingent of racing teams ever, and expect the biggest crowd in HKDBF history to visit Flushing Meadows Corona Park to experience the 25th anniversary festival.”

Directions to the Festival by car – take the Long Island Expressway to Van Wyck Expressway to exit 11 South, then stay on service road to the Park. Parking is severely limited. Take the MTA or car pool. Directions to the Festival by bus/subway: Festival goers can use their MetroCard to take the #7 Train to the CitiField stop and transfer from there to special MTA shuttle buses that will take them directly to the Festival site, or they can walk from the CitiField stop (about 15 minutes) or take the colorful park trolley to the festival site. Parking on-site is limited, you can park at CitiField and take the special MTA shuttle with your MetroCard or use correct change.