65th National Day of the People’s Republic of China 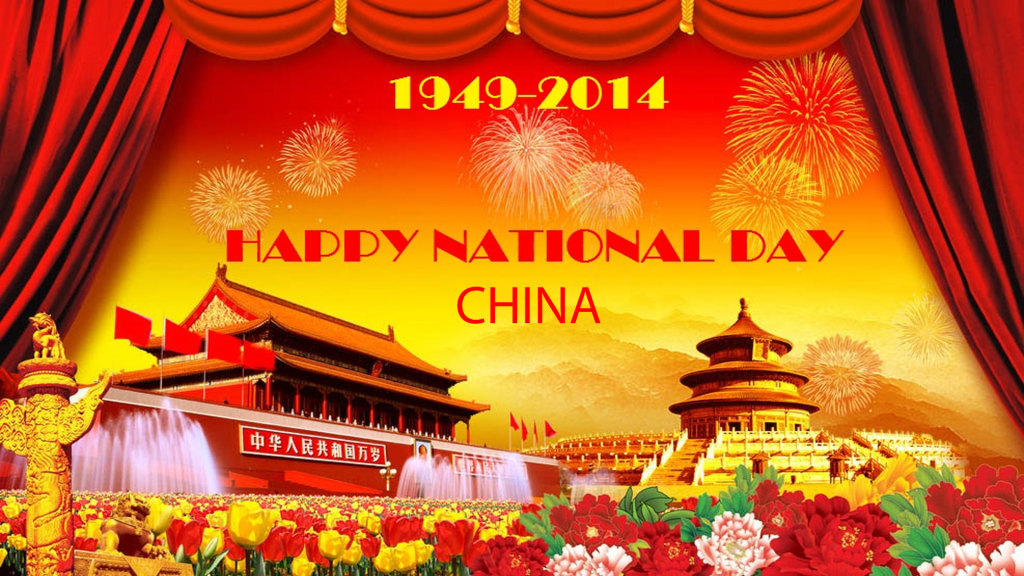 The PRC was founded on October 1, 1949 with a ceremony at Tiananmen Square. The Central People’s Government passed the Resolution on the National Day of the People’s Republic of China on December 2, 1949 and declared that October 1 is the National Day.

The National Day marks the start of only one of the Golden Weeks in the PRC. However, there have been some recent controversies over whether Golden Weeks should be kept.

The National Day is celebrated throughout mainland China, Hong Kong, and Macau with a variety of government-organized festivities, including fireworks and concerts. Public places, such as Tiananmen Square in Beijing, are decorated in a festive theme. Portraits of revered leaders, such as Mao Zedong, are publicly displayed.

The University of Southern California U.S.-China Institute published a review of national day celebrations between 1949 and 1999 and discussed preparations for the 2009 extravaganza. US-China Today summarized press coverage and included images of the 2009 celebration.