You are here: Home / Uncategorized / 7th ANNUAL QUEENS WORLD FILM FESTIVAL HONORS QUEENS,NY FILMMAKER JULIE DASH with the 2017 SPIRIT OF QUEENS AWARD at the MUSEUM OF THE MOVING IMAGE. MARCH 14 -19, 2017. 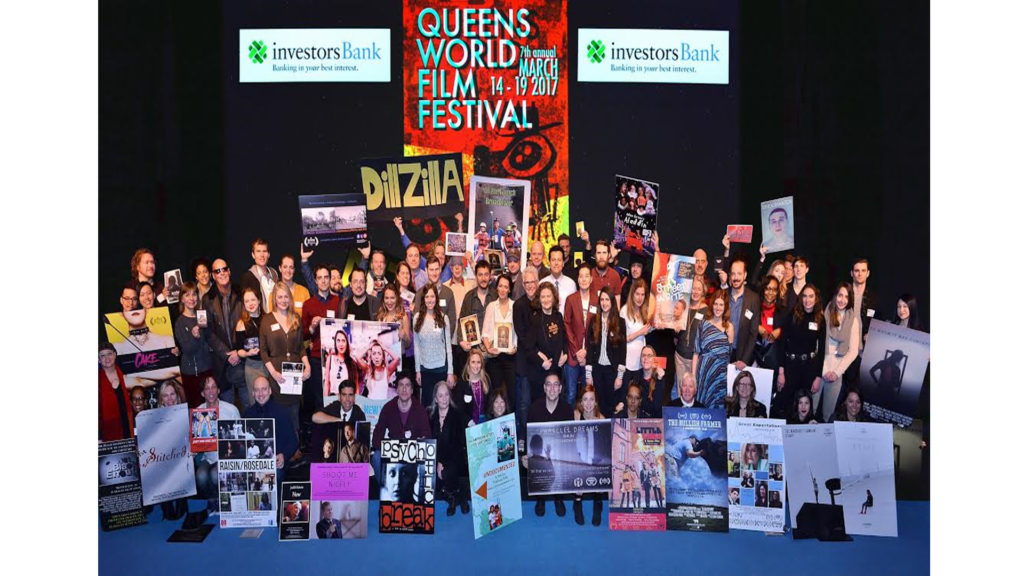 The 7th Annual Queens World Film Festival (QWFF) returns to the Museum of the Moving Image and other venues with over 130 of the world’s newest, most compelling, challenging, shocking, graceful, bountiful indie films from 25 nations. March 14-19, 2017. www.queensworldfilmfestival.com

Each year, the Queens World Film Festival pays tribute to an outstanding filmmaker for his or her body of work. This year’s “Spirit of Queens” Award goes to Queens native independent film director Julie Dash. Her 1991 masterpiece, “Daughters of the Dust” will be showcased at MoMI on Wednesday night, March 15 7-10pm. The screening will be followed by a conversation with Ms. Dash. The incredible Illusions by Ms. Dash will also be screened within another BLOCK of films screened at MoMI on Friday March 18.

On opening night (March 14) at the Museum of the Moving Image Festival Directors Katha Cato and Don Cato will present Queens, NY native, Filmmaker Julie Dash with the 2017 Spirit of Queens Award. Ms. Dash’s masterpiece Daughters of the Dust (1991), the first American feature by an African American woman to receive a general theatrical release was named to the National Film Registry by the Library of Congress in 2004.

The film announced a formidable talent with its story of an island family, descendants of escaped slaves, living off the Southern coast of the US in 1902. Superb performances, cinematography, music and touches of magical realism, grace this unforgettable film which will screen at Museum of the Moving Image on Wednesday March 15, followed by a Q&A with Ms. Dash.

Later in the festival QWFF will also screen Ms. Dash’s remarkable short film Illusions (1982) that takes place in Hollywood during WWII and tells the story of a female studio executive passing for white. The film examines the power of perception and explores the illusions created by Hollywood and the very illusion of racial identity.

Born in Long Island City Queens NY, Julie Dash is a filmmaker, music video and commercial director,
Author and website creator. Her film studies began in Harlem in 1969 and led her to the American Film Institute and UCLA, where she made The Diary of an African Nun (1977), based on a short story by Alice Walker, which won a student award from the Directors Guild of America. Dash’s critically acclaimed short film Illusions (1982) later won the Jury Prize for Best Film of the Decade awarded by the Black Filmmakers Foundation.

Poised for year 7, the annual Queens World Film Festival (QWFF) is ready to return with an incredible roster of the best new indie films. Full announcements of program, schedule and times will be released in early January.

Pigeon in the backyard, and a cat? and an egg. Circle of Life…Click here for video.
Next Post: Simon Berger and others speak to Good News at Millennial 20-20. Click here for Video and Podcasts.