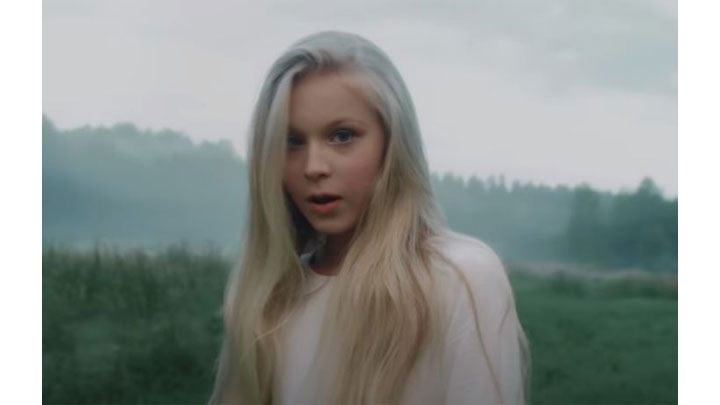 THIS IS HER FIRST VISIT TO THE USA!!!!

Tatyana Mezhentseva is a young Russian singer, who participated in the Junior Eurovision Song Contest in 2019.

She was born in Moscow in 2009. From the early ages she was engaged in creative work: at the age of four she started to do vocal and compose songs. She is also good at playing the piano.

The singer is sure that for success it is necessary to study a lot and train hard. She has a desire to develop further and to try something new. That is why, at the age of 7 she decided to do aerial gymnastics, which, as Tanya admits, gives her the ability to fly. Today she performs at the creative association of air gymnasts Art Area Project.

Later she became a student of the Igor Krutoy Academy. She also worked with A-TEENS label.

At the age of eight Tanya made her television debut — together with Dina Garipova (Eurovision Song Contest 2013 finalist, winner of the TV show The Voice on Channel 1 in 2012) — she performed the song Fifth Element on the Christmas Song of the Year (NTV). Since then, she has regularly performed and appeared at prestigious events, such as QUARTIRNIC TEENS, a concert on the occasion of Eurovision, etc. In the summer of 2019, she was nominated for the Fashion People Awards.

In 2019, Tatiana had the honor of representing Russia at the international contest Junior Eurovision, which was held in Poland on November 24.

Tatyana met a Tuvan singer Denberel Oorzhak (winner of the contest You are super! on NTV) in Crimea during the contest New Wave for children. The young talents recorded the song Time for us, which was co-authored by Tatiana herself.

The qualifying competition wasn’t easy. The jury consisted of Russian pop stars, producers, former contestants of Junior Eurovision. The result was significantly influenced by the online voting. Tanya and Denberel managed to outrun their competitors and win the right to represent their country in the contest in Poland.

Igor Krutoy admitted, “Tanya and Danberel have a good song, I like it. It has emotions and it is written well to show their vocal skills. Moreover, it is easy to remember”.

Alexey Golubev, a famous director, producer and video maker, put on a competition number, as well as made a video Time for us.

To take part in one of the most prestigious international competitions is a great success at the beginning of your professional career. Tanya is not upset that she did not manage to win it — she treats the failures quite easily. At the Junior Eurovision Song Contest she gained a lot of experience, which is so necessary for young artist. But Tanya is not going to stop on reached: she continues to develop her talent and brings new ideas to life. She dreams to star in movies, work with Sting, her icon and, of course, take part in Eurovision.

Recently Tanya released a single Molodi, which was not only loved by her audience, but also found support from a new listener. The song is rapidly gaining popularity in social networks and in the media environment.

3. The main sport is aerial gymnastics

4. Favorite flowers are lilies of the valley

6. Has three dogs, a cat, chameleon, lizard and others

7. Has two brothers and a sister

8. Her family is a fan of Spartak football club

9. Amulet is a fluffy toy horse

11. Before performing on stage puts a coin from the time of Catherine I in her shoes.

Enjoy Yourself.. (1950) Doris Day
Next Post: The Difference Between a Teacher and Guru