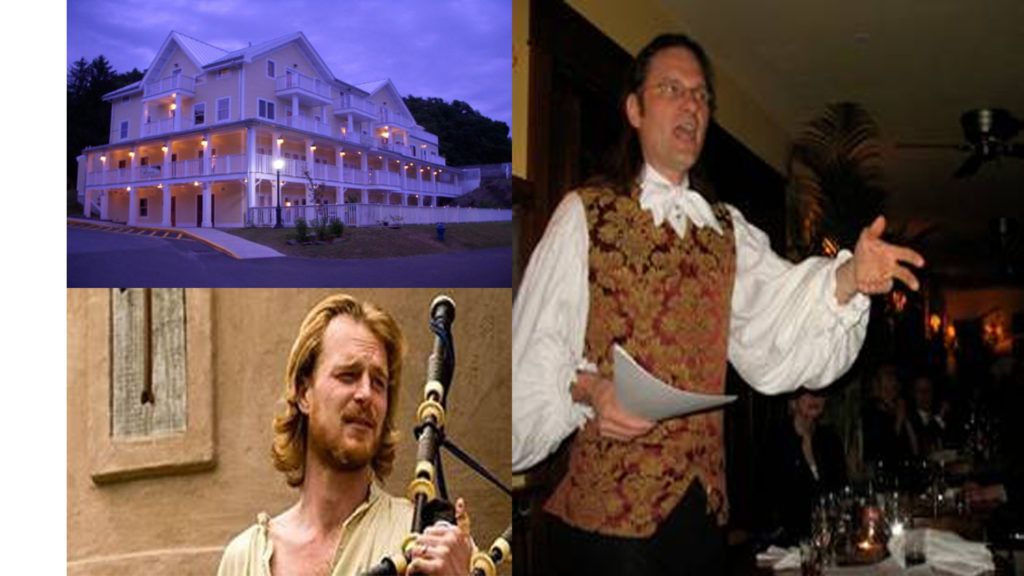 This is a great place to have a party, overlooking the mighty Hudson River, an event that you don’t want to miss, and entertainment and great food galore. If you want take the train to Rhinecliff/Rhinebeck Station and walk a few minutes. Suggestion go early enough to see the Hudson River, sit on the West Side of the train. Send us pictures/video and we will post your great time. Paul.sladkus@goodnewsbroadcast.com

description: Celebrate the life and art of the legendary poet Robert Burns. Featuring the recitation of Burns’s poetry, a traditional dinner with the entrance of the haggis, storytelling, songs, and whisky toasts.

Celebrate the life and art of the legendary poet Robert Burns. A much-anticipated tradition in our area. Featuring the recitation of Burns’s poetry, a traditional dinner with the entrance of the haggis, storytelling, songs, and whisky toasts.

The ceremonies include the requisite Parade or Piping-in of the Haggis, along with the traditional Selkirk Grace, the Toast of the Lassies and the Lassies’ Response for a bit of good-natured battle-of-the-sexes humor. Master piper Jeremy Freeman will play the bagpipes; storyteller Jonathan Kruk will relate some incidents from the life of Burns; swordsman Neil Roberts will buckle some swash. Participants are encouraged to bring songs, poems and stories by, about and in the spirit of the Bard of Ayrshire. And at the end, everybody joins in singing Auld Lang Syne, in a context where it makes a lot more sense than on New Year’s Eve.

Skullsplitter Ale will be on tap, and whiskeys from Tuthilltown Spirits will be available for tasting. If you want to indulge freely in Highland spirits without falling off the mountainside on the way home, the Rhinecliff offers a special room rate for guests of Burns Night. This event usually sells out, so make your reservations now at (845) 876-0590 reception@therhinecliff.com or www.therhinecliff.com.
The Rhineclif Hotel 4 Grinnell St, Rhinecliff, New York 12574

A Burns Supper Guide
from Burns Night: My Supper With Rabbie
And there’s a hand, my trusty fiere!

For auld lang syne.
The annual celebratory tribute to the life, works and spirit of the great Scottish poet, Robert Burns (1759-1796). Celebrated on, or about the Bard’s birthday, Burns Suppers range from stentoriously formal gatherings of esthetes and scholars to uproariously informal rave-ups of drunkards and louts. Most Burns Suppers (The Rhinecliff’s) fall’s in the middle of this range, and adhere, more or less, to some sort of time honoured form which includes the eating of a traditional Scottish meal, the drinking of Scotch whisky, and the recitation of works by, about, and in the spirit of the Bard.

The Stewart Family is sadden to announce the passing of Chuck Stewart. Chuck was an American photographer best known for his portraits of jazz singers and musicians such as Louis Armstrong, Count Basie, John Coltrane, Ella Fitzgerald, and Miles Davis, as well as artists in the R&B and salsa genres. Stewart’s photographs have graced more than 2,000 album covers.
Next Post: Good News Tribute to Mary Tyler Moore, we and the world love you. Moore was active in charity work and various political causes, particularly the issues of animal rights and diabetes.