“A Journey to Becoming Whole” By Charles Souby

You are here: Home / Living & Learning / Enlightenment / “A Journey to Becoming Whole” By Charles Souby 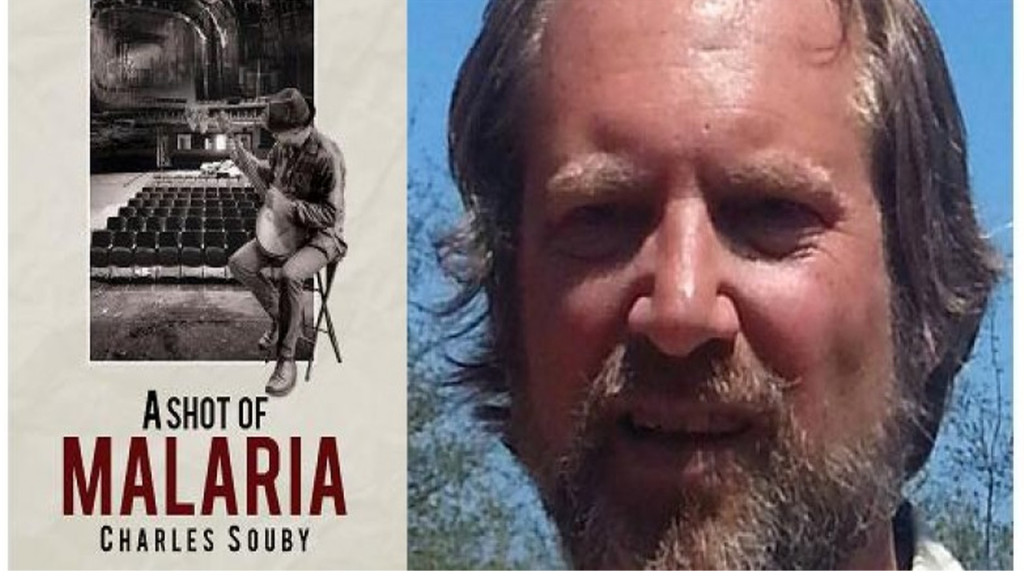 One of the saddest commentaries on the delusional world of drug addicts is how many believe their life story belongs on bookstore shelves. I say this with a certain amount of trepidation because my novel, “A Shot of Malaria” is loosely (albeit very loosely) autobiographical.

During my extended sojourn in the world of drug and alcohol addiction, I was often approached, sometimes in the most sordid places, by doped up felons who heard I was a “writer” and begged me to tell their story. Without exception, their story turned out to be, “nothing happened.” The story these addicts want told resides somewhere deep in their delusional mind but is disconnected to any real life situation. The irony there is that it in itself is a great story and is filled with tragic irony and rich psychological struggle. It is much like the gospel line, “Satan cannot cast out Satan.”

It is with this in my mind that I endeavored to write “A Shot of Malaria”, the story of a San Francisco street musician, Daniel Martin, who is a chronic alcoholic and heroin addict. His two biggest life dreams are a) to be the Jimi Hendrix of the 5-string banjo and b) to have a girlfriend over the upcoming Christmas holidays – something that has eluded him his whole life. Obsessed with this vision, he decides to enroll in a methadone maintenance program with the intention of cleaning up long enough to pull his life together and then move on.

The title refers to a line in a Bob Dylan song, “That’s to say like, if you got a cold you take a shot of malaria.” Daniel’s entire life is cradled in a blind faith that the forces of the universe will propel him toward his grandest dreams. In a sense his faith is not completely out of bounds but the direction he is taken is a far cry from his visions. In fact, his visions are the main obstacle to the fate (serendipity) guiding his life.

Someone well schooled in the disease of addiction once said, “the only thing worse for an alcoholic than bad luck is good luck.” This is an ongoing theme of “A Shot of Malaria” and has two distinct avenues: Whenever Daniel gets what he wants, the universe appears to sabotage his life and he has a terrific fall. But every time Daniel crashes and burns, it seems to him (based upon his narrative – a “savvy, bohemian drifter destined for greatness”) that he’s now graduated the school of hard knocks and success is just around the corner. This endless loop in his consciousness leads his bottoms to become deeper and deeper until his ability to cope with reality is untenable, resulting in a full psychotic break.

What makes this story accessible and of interest to the average reader is that addiction becomes an extreme metaphor for the human condition in general. The narrative reminds us of that it is part of human nature to grasp for things and situations that will fix us and make us whole. These plans inevitably fail due to the illusory nature of our thinking and the belief that we are separate from the world and must constantly struggle to make it provide us its rewards. Our insane, disconnected vision of reality is the fatal flaw in how we conduct our lives and consequently nothing we can do from that basis brings deep satisfaction, which is to say, from a flawed premise comes flawed results.

I believe “A Shot of Malaria” truly speaks accurately to the disease of addiction, giving it a human, non-criminal face. By becoming voyeurs in a mentally ill person’s mind we gain access to our own hypnotic trance. It speaks to the overriding human dilemma of trying to scratch an itch everywhere but where it itches.

Charles Souby is an author and improv actor based in the San Francisco Bay Area.

In November 2014, his short story, “The Durschlag Twins” appeared in the Saturday Evening Post online. He has had assorted poems published by Five Poetry Magazine, The Opening Line, Bohemia and The California Quarterly Review. He has recently completed a screenplay rendition of his widely praised first novel, Winifred. His latest novel, A Shot of Malaria, will be published on April 1st.

APRIL AND SEX: MYTHS AND TRUTHS TO KEEP YOU SATISFIED AND SAFE.
Next Post: This Week of Good News