You are here: Home / All We Need Is Love / A Look at Cancer Prevention. Bill Couzens, Founder Less Cancer 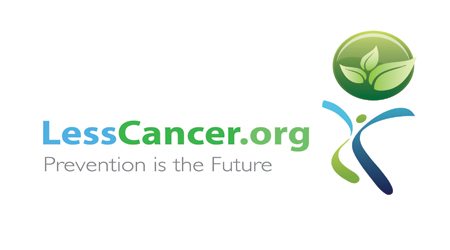 Richard Nixon launched the War on Cancer (not his words) in 1971 and since then we have suffered untold incidences of cancer and spent billions of dollars on research. We live in a time when cancer has become so commonplace that the news of new cases seems almost expected.

Everyone I know is involved with a walk, a run, or a ride to support cancer research. We, as a society, are working each day to find new ways to fund big dollar cures and cancer treatments. While I applaud those efforts – and would have done anything to see my sister and mother cured – the larger issue is that little if anything is being done in the area of reducing risk for developing cancer.

The recent news of the Institute of Medicine (IOM) reviewing the body of research on environmental factors that may affect breast cancer suggests that the scientific jury is still out on whether exposure to some chemicals contribute in getting the disease.

Does it really take EVEN MORE evidence than the mountains we already have to make smarter, more community-minded healthy choices? While no one can predict who is going to get Cancer, how can we pollute our bodies and the environment and expect anything less than Cancer?

The reality is that we now live in a time when cancer has become so common place, that the news of new cases of cancer seems almost expected. Here’s the headline: cancer is not supposed to be an expected stage of life. Brain cancer has increased by nearly 40%, and leukemia by over 60% in children under 14 Between 1975 and 2004.

Scientists tell us that two-thirds of cancer is thought to come from outside of the body, as opposed to the 1/3 thought to be genetic. We need to reexamine the choices we make and realize if there is the possibility to further understand cancer risks. We know we can limit cancer risks in cases like tobacco, sunlight, viruses, alcohol, obesity and some chemicals. When we work to prevent cancer risks, it impacts human health, the environment and the economy. If we work for Less Cancer in a real way we will have Less Diabetes, Asthma, Heart Disease and Obesity.

And what about Asthma? The Centers for Disease Control and Prevention (CDC) estimates that asthma costs $3.2 billion each year, accounts for 14 million missed school days, and is the third ranking cause of hospitalization among children younger than 15 years of age.

While we have made in-roads, we still have so much work to do to reduce cancer risks. Lancet Oncology reported on one study, this last September, that the worldwide cost burden for cancer care was $895 billion in 2008, By 2030 there will be at least 22 million new cancer patients, and new cancers are estimated to tack on another $286 billion in costs.

People in the United States live under the false impression that if something is legal, it is safe for humans and the environment. That thought is just naive. We are a country that had Santa Claus and physicians selling cigarettes. The Lorillard Tobacco Co., maker of Kent cigarettes, advertised their product’s “health protection.” That seemed to work because the company reportedly sold about 12 billion Kents. But those same “healthy” Kents contained crocidolite asbestos in filters from about 1952 through 1956. Asbestos is known to cause Mesothelioma – a form of Cancer. The nation’s fourth largest tobacco company took out full page ads in the Journal of the American Medical Association. One advertisement mentioned how “thousands” of physicians at a recent AMA convention witnessed “a convincing demonstration the of the MICRONITE FILTER” and included photos.

None of this is about panic, but it is about avoiding those products, corporations and NGO’s that do not support your health or the environment. Support that which supports you.

We have platforms that include non profit cancer organizations providing nutritional information from McDonald’s in a way that, to me, looks a lot like advertising for the Golden Arches. You can learn about McDonald’s supposedly healthy smoothies, which in some cases have 70 grams of sugar and more calories than a cheeseburger(something they do not really make clear). Other Cancer organizations are partnering with everyone from Kentucky Fried Chicken to Pepperidge Farm. Why Because “PINK” seemingly is the new color of money.

Of the 87,000 chemicals registered for commerce in the United States, only one- tenth have been tested for potential health effects and while we don’t have all the details- for me personally I have seen more than enough to not use many of them if I can help it.

The war on cancer must include the work for prevention in a real way, through action. We have more cancer now than ever before-not less.

Previous Post: « The Scheme Occupies World-Reknowned Quad Recording Studios
Next Post: Join Iris Brooks and Jon Davis for their Film Screening at the UN on Tuesday »