You are here: Home / Good News To Go / Abigail R. Esman, Rage: Narcissism, Patriarchy, and the Culture of Terrorism.

Listen to “Abigail R. Esman, Rage: Narcissism, Patriarchy, and the Culture of Terrorism.” on Spreaker. 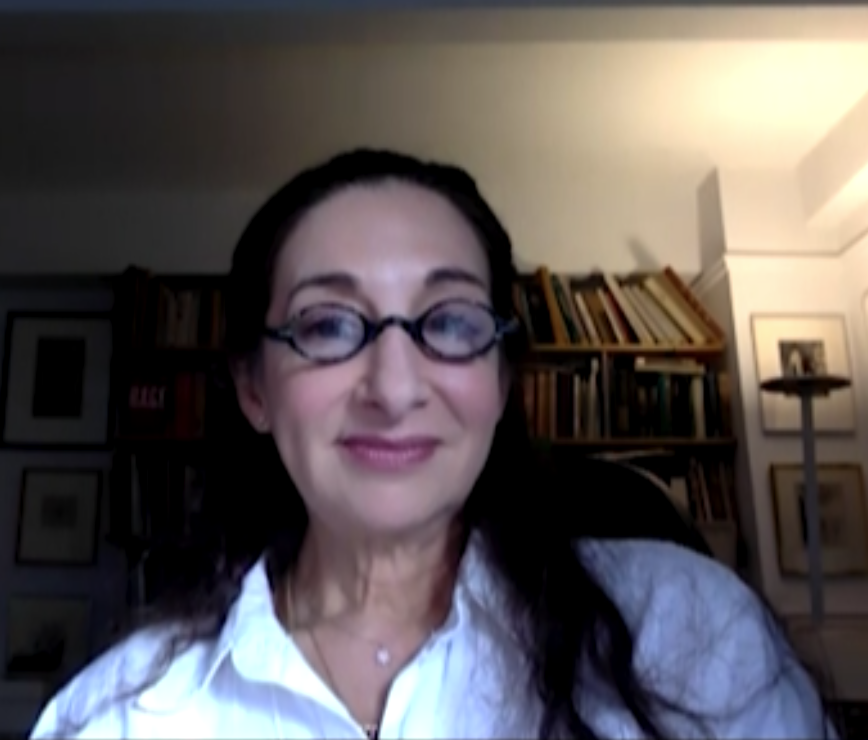 She educates society on the complex web that ties “Rage: Narcissism,Patriarchy, and the Culture of Terrorism” together.

Esman’s gorgeously written book maps with precision the subterranean corridors between domestic abuse and terrorism. A must-read for anyone interested in understanding—or taming—the darker corners of the human psyche.

“There is a direct link between domestic abuse and psychological terror in the home and what we see play out on our streets and across the globe when it comes to terrorists, gangs, racists, and mass shooters,” declares a ward-winning essay ist Abigail R. Esman, the author of Rage.

In the days after 9/11, Esman walked the streets of New York haunted by a feeling that was eerily familiar: the trauma of violence that hovered in the air. Friends, family, and strangers moved, walked, even stood as she her self had done earlier as a victim of domestic battery and abuse at the hands of aman who would later become a White Supremacist. Since then, Esman has studied the connections between domestic abuse and terrorism and the forces that inspire both forms of violence. In her book, Esman brings into focus the complex web that ties them together, illuminating the terrorist psyche and the cultures, both public and familial, that create it.

Esman is available to elaborate on the following:

The close and growing connections between misogyny andWhite Supremacism.

What America can do to greatly reduce acts of mass violence and terrorism.

What must be done to prevent domestic abuse from becoming public abuse?

How President Trump’s narcissism feeds a national mindset that justifies and promotes violence.

What the author, an award-winning journalist, discovered while interviewing Islamic jihadists and

How promoting women’s rights, furthering the arts, and creating educational programs can combat

How the United States is breeding a culture of terrorism that manifests violence.

With this new approach to understanding terrorism and violence, Esman presents clear explanations of pathological narcissism and its roots in shame honor cultures—both familial and sociopolitical—through portraits of terrorists and batterers, including O. J. Simpson, Osama bin Laden, Anders Breivik, and Dylann Roof.

“A critical purpose of this book is to create a deeper awareness of domestic abuse and violence against women and children as part of an effort to reduce rates of ‘national violence and militarism’ – and terror,” writes Esman. “That violence exists not only in the desert sands of Islamic State territory and in the mountain villages of Afghanistan but also in American school shootings of Boston, at Christmas parties in San Bernardino, at military recruitment centers in Tennessee, in a synagogue in Pittsburgh, on the sidewalks of New York City; and at a café in Sydney, Australia, a conference in Copenhagen, a restaurant in Paris, on the London Metro, on the cobbled streets of Amsterdam, and far too many more.”

About Abigail R. Esman: She is also the author of Radical State: How Jihad IsWinning Over Democracy in the West. An award-winning journalist and essayist, she has contributed to Foreign Policy, Forbes, Salon.com, the New Republic, Politico, the Wall Street Journal, the Washington Post, the New York Times, World Policy Review, and other venues. She is a regular contributor to the investigative Project on Terrorism and has spoken widely on the subject, including appearances on WNYC’s Brian Lehrer Show, BBC News, and CNN. For more information, please consult: http://abigailesman.com.

What Does Peace Mean to Abigail R. Esman go to: https://goodnewsplanet.com/what-does-peace-mean-to-abigail-r-esman/

Ditch the Act: Reveal the Surprising Power of the Real You for Greater Success By Ryan Foland
Next Post: What Does Peace Mean To Abigail R. Esman