Advocates from Autism Speaks Discuss How to Get Involved

You are here: Home / Good News To Go / Advocates from Autism Speaks Discuss How to Get Involved 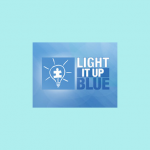 Autism is the fastest-growing serious

developmental disability in the United States. With so many families affected, Autism Speaks, the world’s leading autism science and advocacy organization, is continuing its work to fund research and spread awareness. With the approach of World Autism Awareness Day on April 2, advocates from the organization are available to discuss different ways that your listeners can help raise awareness and funds to assist individuals with autism.
On March 30, several advocates from Autism Speaks are available to discuss ways your listeners can participate in April’s Autism Awareness Month, such as the “Shine A Light For Autism” campaign taking place in Toys“R”Us and Babies“R”Us stores across the country. The campaign incorporates aspects of the Autism Speaks “Light It Up Blue” initiative, in which prominent buildings and landmarks around the world are lit blue to commemorate World Autism Awareness Day on April 2 by showcasing ways parents and children can “Light It Up Blue” on World Autism Awareness Day, such as “Dress It Up Blue” and “Bake It Up Blue.”
Topics for discussion include:
• Resources for families coping with autism;
• The partnership between Autism Speaks and Toys“R”Us, which includes “Shine A Light For Autism,” an in-store fundraising program that runs through April 30;
• The “Light It Up Blue” initiative, in which cities around the world turn their structures blue in support of World Autism Awareness Day – last year more than 2,000 buildings and landmarks lit up blue and this year even more are expected to participate

Interviews are available with:
About Mark Roithmayr (7:00 am – 9:00 am )
In July 2005 Mark Roithmayr became Autism Speaks’ first full time president. In a 20 month period he helped merge three organizations; ACRE, NAAR and Cure Autism Now into Autism Speaks. Today Autism Speaks is the largest autism related non-profit healthcare agency in the U.S., raising over 69 million dollars to fund programs of research, awareness, advocacy and family service. Prior to Autism Speaks, Mark worked for 20 years at the March of Dimes Birth Defect Foundation where he last served as Sr. Vice President for Revenue Development helping that foundation raise over 220 million dollars.
About Pat Kemp (6:00 am – 7:00 am & 11:00 am – 12:00 pm)
Pat Kemp is the Executive Vice President of Marketing, Corporate Relations and Development at Autism Speaks. He combines a successful business background with a personal passion for the cause. As father of a young adult son, Ryan, who is on the autism spectrum – as well as another son and daughter, Kemp has been part of the autism community for several years. Kemp has served as president of the Autism Society of America’s Oakland County (MI) chapter, and served on the boards of the Michigan Society of Autism, O.A.T.S. (Offering Alternative Therapies with Smiles) and Jack’s Place for Autism.
About Geraldine Dawson, Ph.D. (9:00 – 11:00 am)
Dr. Geraldine Dawson is the Chief Science Officer at Autism Speaks and also Research Professor of Psychiatry at the University of North Carolina at Chapel Hill. Dawson’s scientific achievements include discovering that autism symptoms could be recognized during infancy, defining the earliest manifestations of autism, pioneering the use of event-related brain potentials to study early brain dysfunction in autism, development of behavioral and electrophysiological endophenotypes in genetic studies of autism, and development and evaluation of the Early Start Denver Model, an intervention for infants and toddlers with autism. Dawson has published over 180 scientific articles and chapters and co-edited or authored a number of books about autism spectrum disorder and brain development, including Autism Spectrum Disorders; Human Behavior, Learning, and the Developing Brain; and A Parent’s Guide to Asperger Syndrome and High-Functioning Autism. She has received over 50 grants supporting her research, including 17 research grants from NIH.
About Autism Speaks
Autism Speaks is the world’s leading autism science and advocacy organization. It was founded in February 2005 by Suzanne and Bob Wright, the grandparents of a child with autism. Since its inception, Autism Speaks has made enormous strides, committing over $173 million to research and developing innovative resources for families. The organization is dedicated to funding research into the causes, prevention, treatments and a cure for autism; increasing awareness of autism spectrum disorders; and advocating for the needs of individuals with autism and their families. In addition to funding research, Autism Speaks has created resources and programs including the Autism Speaks Autism Treatment Network, Autism Speaks’ Autism Genetic Resource Exchange and several other scientific and clinical programs. Notable awareness initiatives include the establishment of the annual United Nations-sanctioned World Autism Awareness Day on April 2, which Autism Speaks celebrates through its Light It Up Blue initiative. Also, Autism Speaks award-winning “Learn the Signs” campaign with the Ad Council has received over $316 million in donated media. Autism Speaks’ family resources include the Autism Video Glossary, a 100 Day Kit for newly-diagnosed families, a School Community Tool Kit, a Grandparent’s Guide to Autism, and a community grant program. Autism Speaks has played a critical role in securing federal legislation to advance the government’s response to autism, and has successfully advocated for insurance reform to cover behavioral treatments in 29 states thus far, with legislation continuing to advance in more states. Each year Walk Now for Autism Speaks events are held in more than 80 cities across North America. To learn more about Autism Speaks, please visit www.autismspeaks.org.