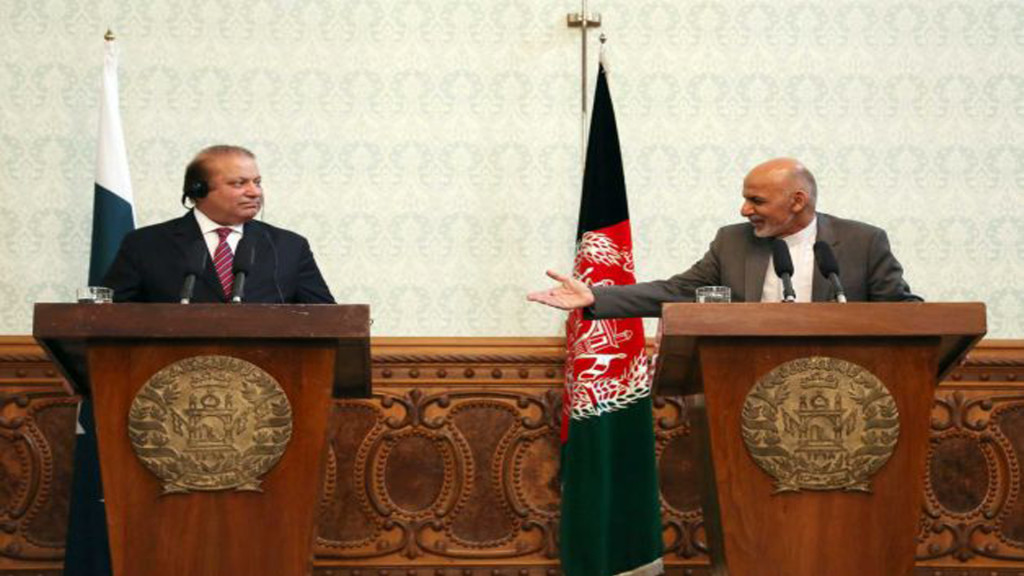 KABUL, Afghanistan — Afghan officials are holding talks with Taliban representatives in the Pakistani capital in their first official face-to-face discussions, which the Afghan president said Tuesday were aimed at starting full-fledged negotiations.

The talks in an unannounced location in Islamabad come after repeated informal meetings between Taliban and government representatives, most recently hosted by Qatar and Norway. But the new talks were the first formally acknowledged by the Afghan government; that and the semi-public nature of the talks suggested possible progress after years of frustration in trying to bring the two sides together.

Pakistan’s prime minister, Nawaz Sharif, called the holding of the talks “a major breakthrough” in comments recorded for Pakistani TV from the Norwegian capital Oslo, where he is on a three-day visit.

He said the overtness of the meeting was a positive development. “I hope there will be a positive outcome which will certainly be very helpful for peace and stability in Afghanistan,” he said.

Since taking office in September, Afghan President Ashraf Ghani has made it a priority to find a peace settlement, even as fighting has continued in the war against the insurgency waged by the Taliban since their ouster in the 2001 U.S.-led invasion. Afghan forces are now bearing the brunt of the insurgency after the U.S. and NATO ended their combat role in the country at the start of the year, with Washington cutting its troop presence.

Previous efforts to start a dialogue stalled, however, largely due the lack of trust and confidence between the two sides.

Ghani has enlisted the support of regional countries believed to protect, fund and arm the Taliban, including Pakistan which is pressuring the insurgents to open a channel for peace negotiations, officials and diplomats said. Informal talks in Qatar in May ended on a hopeful note, with the Taliban expressing some flexibility over some issues.

Ghani’s office announced Tuesday that a delegation from the government’s High Peace Council was travelling to Islamabad to hold the talks. One official from the council said the government representatives include Deputy Foreign Minister Hekmat Karzai.

The council official said the first session of talks was held Tuesday. However an official with the Pakistani Foreign Ministry said that two days of talks would begin on Wednesday. The discrepancy in the timing could not immediately be reconciled. Both officials spoke on condition of anonymity because they were not authorized to brief the media.

Ghani said the talks aim to “change this meeting into a process of continuing talks,” as well as to build trust and to develop the agenda for any negotiations, according to a statement by his office.

The president has sought Pakistan’s help in bringing the Taliban to negotiations, since it is a traditional ally of the group. Still, Islamabad’s hosting of the talks raises suspicion among some Afghan politicians, who believe Pakistan is aiming to wield dominance over their country.

However the White House hailed the talks and praised the Pakistani government for helping facilitate the meeting.

“This is an important step in advancing prospects for a credible peace,” White House spokesman Josh Earnest said. “The United States commends the government of Afghanistan’s prioritization of peace and reconciliation efforts with the Taliban.”
( The New York Times)