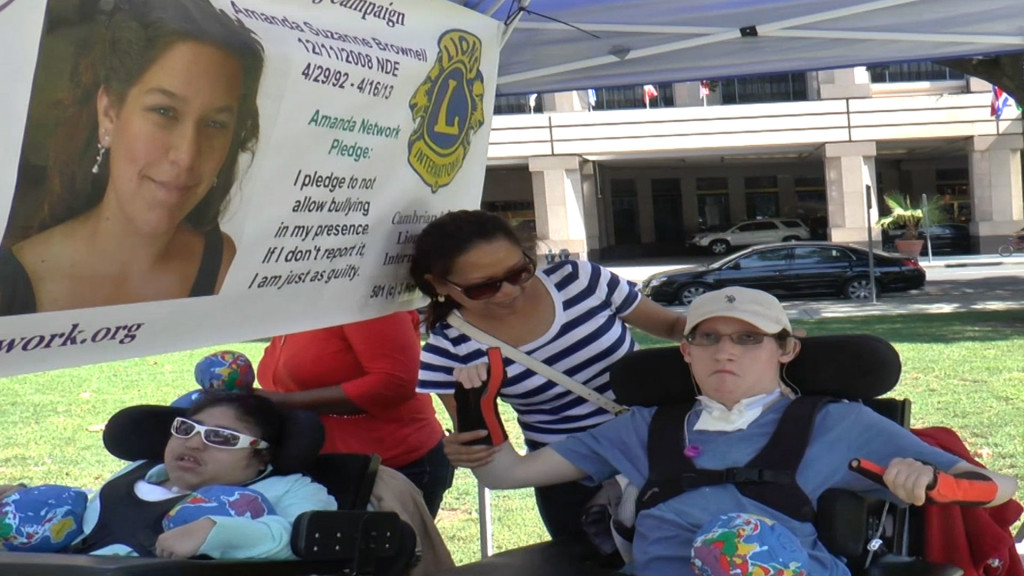 View video of Celebration of Life at: http://youtu.be/2DoxoFEfz2I

At only 16 years old, a junior, in high school, it was on December 11, 2008 when Amanda Suzanne Brownell tried to take her life in a bathroom at Del Mar High School in San Jose, California. This was a result of the bullying, sexual bullying, and cyber bullying she endured through MySpace, Facebook, AIM, and the 3500 text messages she received the month before her suicide attempt. Amanda, suffered severe brain damage, unable to speak or care for herself. Good News will be part of the event on September 19th in San Jose.

After almost 4 and 1/2 years Amanda decided that her job here was done. She was hospitalized with pneumonia and seizures on March 13, 2013, while her parents were in Hawaii on vacation. On March 23, Amanda did not want to be poked and squeezed anymore. She was done and did not want any type of medicine or food. There was a family meeting on March 24 and Amanda’s dad Jim Brownell signed the POST form to not recessitate or intibate. She returned to her LSA – Baywood home (since June 2010) on 3/27/13. Then on April 1, 2013 Amanda spent her last 16 days of life at home with her parents, family, friends and dogs (Jack Skellington Sparrow and Spencer Spot Brownell) .

Amanda’s Mother, Ann Solorio Brownell has shared the pain of Amanda’s story, more than 1,000 times in front of more than 50,000 people, to educate everyone about these serious issues of suicide, bullying, and self-harm while spreading the message of LOVE for all people and all living things.

You are invited to stand against all forms of bullying by taking this simple pledge, to join as an Amanda Network Member:

“I pledge to not allow bullying in my presence.
If I don’t report it, I am just as guilty.”
If you say this simple pledge, You are now members of The Amanda Network, Anti-Bullying Campaign!