[Media Alert]: On July 15, American-Chinese CEO Society will hold its inaugural meeting of its New York Chapter. The conference will focus on the integration and development of the combined forces of Chinese and American entrepreneurs in New York. Topics are related to high-tech, biotechnology, culture, education, environmental protection, ecological improvement, Metaverse, big data, blockchain, NFT, fashion, trade, culture, film and television, real estate, immigration, etc. These topics will help promote mutual understanding, exchanges of ideas and inspire collaboration on a platform good for all. 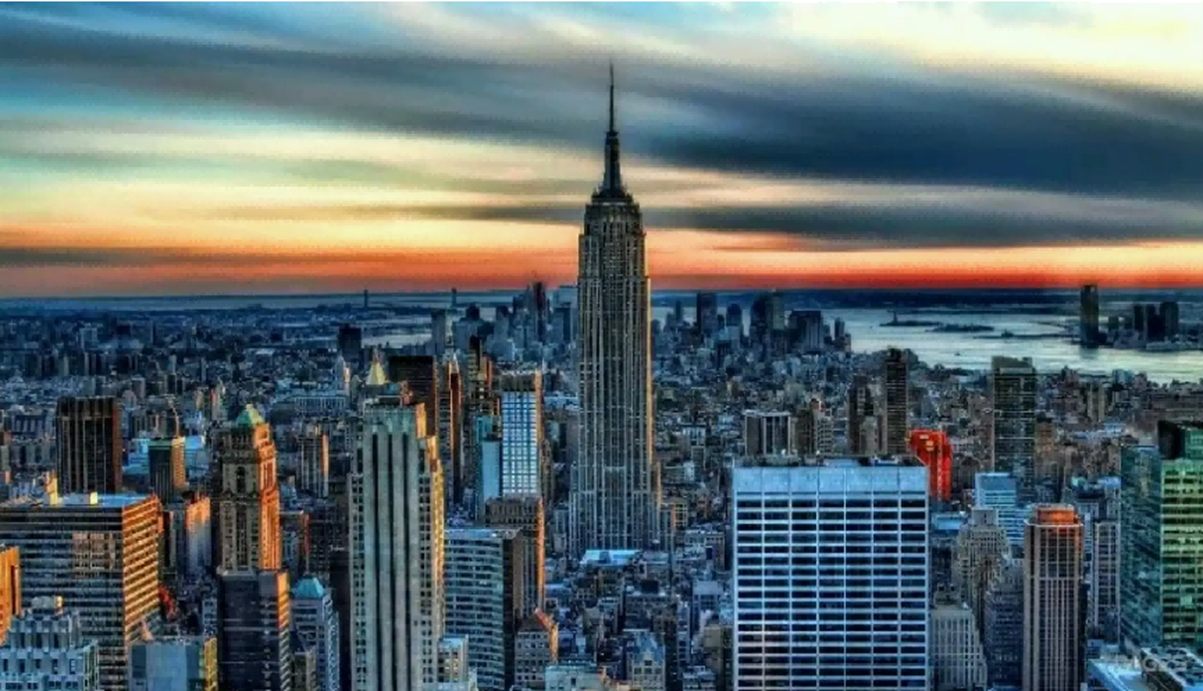 It is understood that New York, as the world’s trade capital, has gathered thousands of chambers of commerce around the world to exchange activities here, and the US-China Entrepreneurs Association is one of them with a long history and considerable scale. Founded in 2005, the Association is a non-profit organization composed of elite entrepreneurs from the U.S. and China. Over the past 17 years, the Chamber has been committed to promoting U.S.-China trade and investment, business services, strengthening communication between enterprises of the two countries, enhancing awareness and friendship between entrepreneurs, integration, and in-depth cooperation based on mutual trust.

The  US China CEO Society’s founder, Mr. Sun Wentie or Robert Sun, received his bachelor’s degree from Zhejiang University in China in 1977. After working in China for seven years, he came to study at the University of California, Riverside, where he received his MBA in 1986. Since 1989, Mr. Sun established five companies engaged in the supply of medical and dental manufacturing, international trade, distribution, and manufacturing of medical devices, hygiene, personal care, and sealing tapes. He has also been engaged in investment projects, combining the best of leading technology in the United States with the vast market and capital in China, establishing successful medical device joint ventures. He has also led a US team to China to establish a cardiovascular hospital project.

In recent years, there has been a rapid increase in the number of large Chinese companies entering the U.S. market and doing business in the United States. In order to provide effective assistance to corporations  in both countries, the US-China CEO Society has organized impactful gatherings at higher and mainstream levels, such as the four successful Oscar China Nights in Hollywood, the world’s film capital, the opening ceremony of several large Chinese New Year celebrations at the world-famous South Coast Plaza the CEO Society had held in conjunction with the Chinese Consulate General in Los Angeles, the organization has also hosted high-level Chinese delegations and forums at the Nixon Presidential Foundation Museum, and has partnered with Morgan Stanley & Co. to hold financial seminars for U.S.-China CEO member companies. The associations’ activities have provided an effective platform for interaction between CEOs of mainstream U.S. and Chinese companies in various industries. 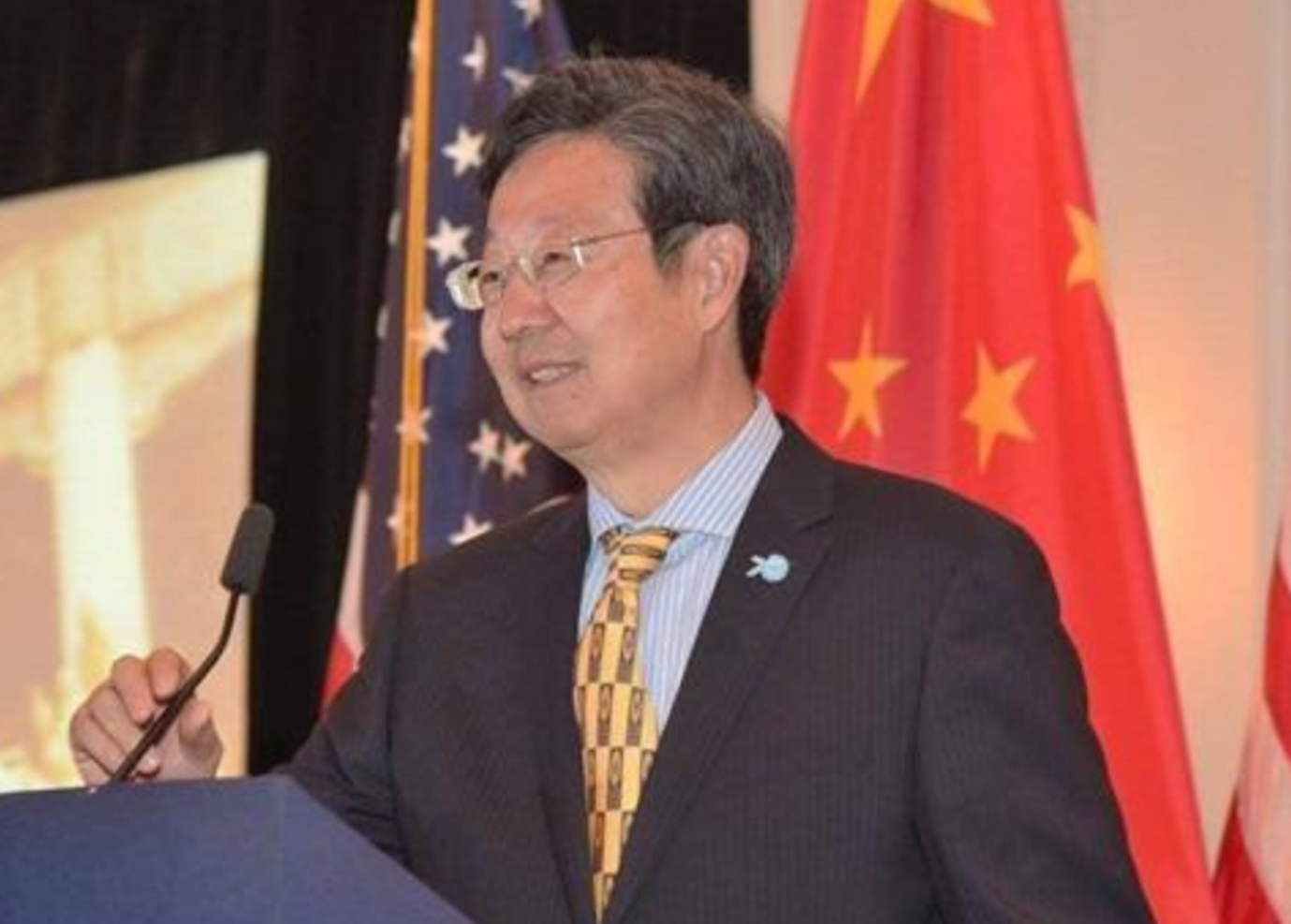 Wall Street is the world’s financial center. After several years of preparation and selection of right candidates, development, ACCS finally decides to establish it chapter in New York, hoping to open the financial channels between China and the United States, combine the needs of member companies, connect more companies to go public, and provide resources and platforms for various corporate members to participate in effective services. Up to date, ACCS has established 32 chapters in China, 15 chapters in the US, and liaison offices in Africa, Europe, the Middle East, Central and South America, Oceania, and Southeast Asia. 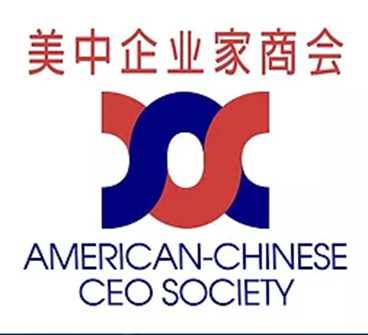 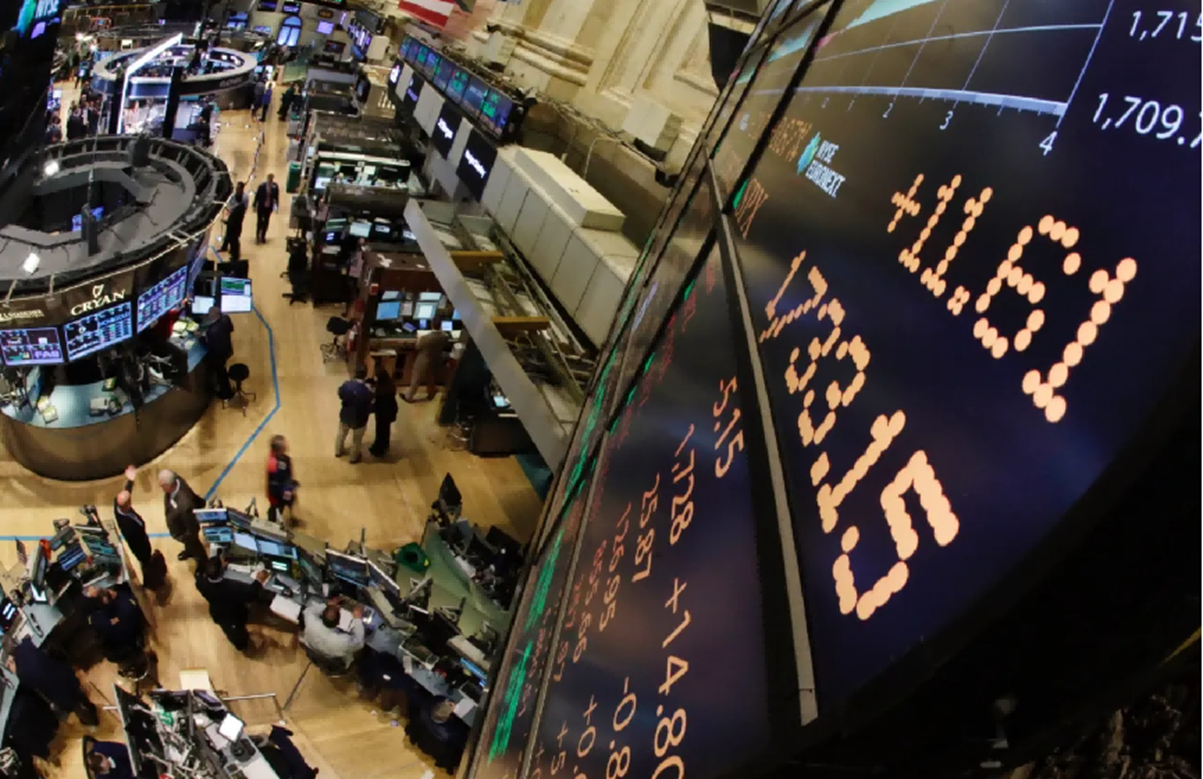 New York Chapter of ACCS will be co-led by two presidents, Jesse Weiner, who is a “China expert”, and Dr. Jeannie Jinsneng Yi, who is an “American expert”. Having traveled and worked between China and the U.S. for many years, they will lead the NYC Chapter of ACCS bridging the friendship and cooperation between China and the U.S. to enhance communication and understanding in post-pandemic era.

Introduction of the two ACCS Co-Presidents 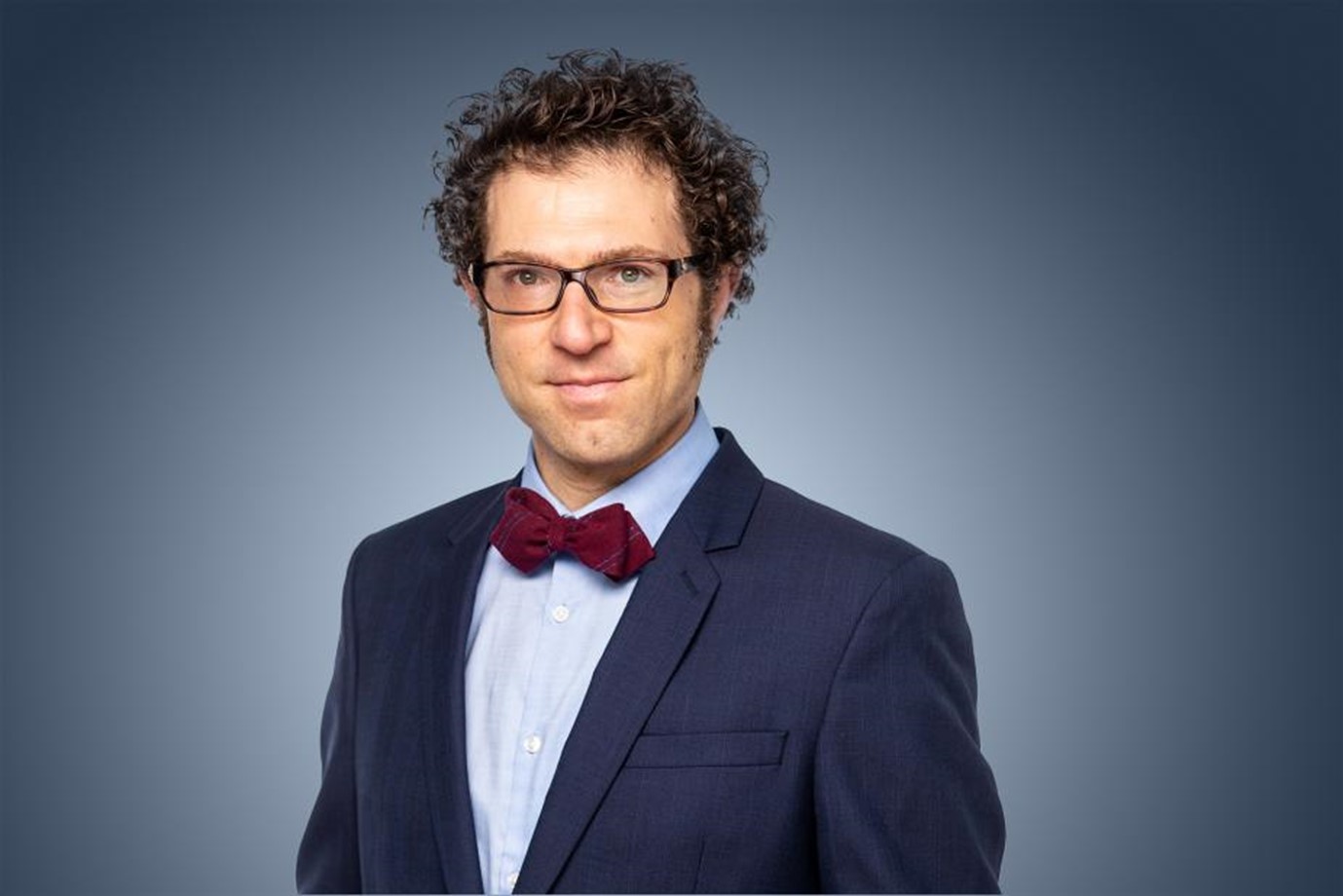 For most of 2018, Jesse served as CEO of a private equity firm that invests in the life sciences, gaming and entertainment sectors. He helped the firm establish a joint venture with a leading cancer treatment company. In March 2018, he assisted the firm in the acquisition of a publicly traded shell company and directed the acquisition of a Hollywood production/distribution company by the then publicly traded company.

In addition, Jessie is a founding member and executive of a blockchain project company involving Mike Tyson, which will be a blockchain-based global fighting competition, whose top fighters will earn the right to participate in action star reality shows; it is also applicable to major movie roles and other branding opportunities.

His pro bono work includes representing and supporting the Sino-American Aviation Heritage Foundation. Building on the shared legacy formed over China during World War II, the Foundation’s mission is to rekindle the spirit of cooperation, science, commerce and exploration between the people of China and the United States by celebrating their contributions to aerospace technology; and to promote practical dialogue about the shared aviation history of both countries.

After traveling to and from China for more than a decade, Jesse is fluent in Chinese. He enjoys playing chess, long-distance cycling and sailing. 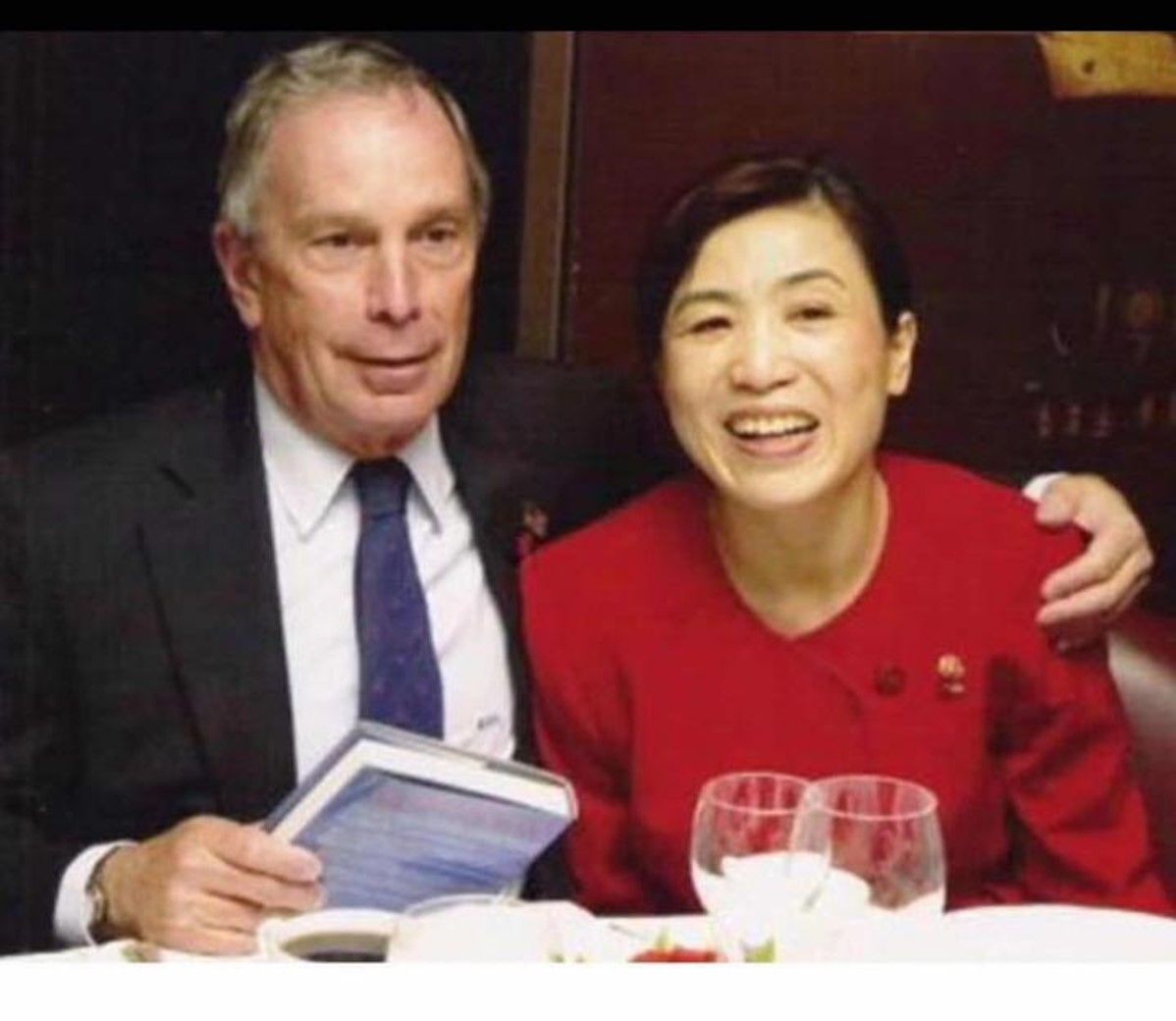 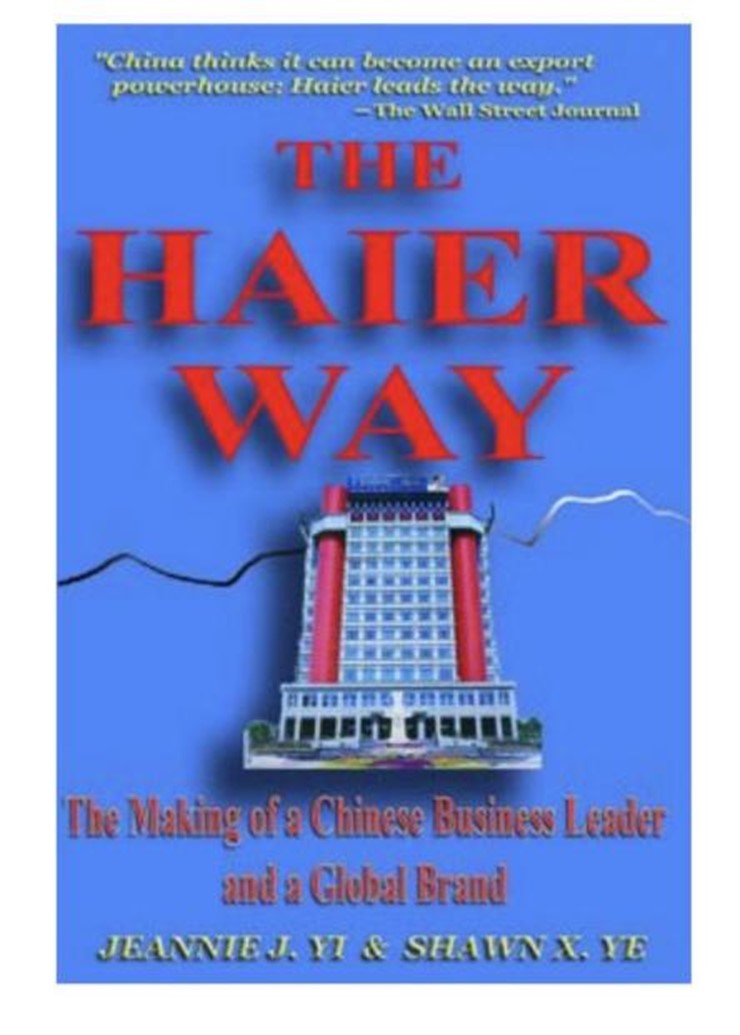 Since 1993, Dr. Jeannie Yi has been involved in the financial and entertainment industry, bridging the gap between the US and China in terms of capital, talent and culture. In 1996, Dr. Yi was portrayed in Working Women, a mainstream Manhattan women’s magazine; in 2004, Dr Yi was portrayed with 6 pages special in China’s top people magazine China’s Talent; in 2009, Dr Yi was honored as one of the “Top 10 Businesswomen in New Jersey”; in 2012, Dr Yi was awarded the “Chengdu Most Global Influencers” by her birthplace Chengdu with 3 million people casting votes. In 2013, Dr Yi received a special award of “Outstanding Beidaren of Peking University”. For five consecutive years (2003-2007), she had an influential column on China Press called “From Schools to Jobs”, guiding New York students in workplace and employment enhancement.

During the period of 2002-2005, when China was on the rise, Dr Yi wrote a series of books that drew extensively her experience working on Wall Street with top US investment banks. These books have influenced an entire generation of young students with secrets and behavior codes revealed of Wall Street – “Wall Street English”, “Wall Street Workplace”, “Office Politics – The Case of Wall Street Human Resources”. The Haier Way- a book on how to do business in China helped American CEOs to understand China and how Chinese guanxi relationship works in relation to their dreams, ambitions and shortcomings. The book won US Chamber of Commerce Recommendation Award and has been a best-seller in major bookstores, especially in Barnes Noble and on Amazon. For 18 years, the book has become a standard. From 2011 to 2018, Dr.Yi who has put her dream in making a difference in film and television and entertainment successfully introduced Canada’s largest animation company DHX to CCTV and successfully broke a deal with CCTV having signed 350 animation IPs. That deal was called “deal of the century”  and the former Prime Minister of Canada personally witnessed the signing. For the Beijing film and television company GH, Dr Yi introduced the most powerful special effects company in Hollywood-Digital Domain and assisted in arranging financing. She also introduced the Australian Gold Coast theme park Village Road Show and signed a contract with Hebei Province to jointly build a water park; introduced 20th Century Fox film company to her hometown Chengdu of a 600 mil RMB investment. The project was temporarily stopped due to the restructuring of the investment body.

In 1985, Dr Yi was awarded a full 5-year scholarship from Washington University in St Louid to study abroad. Peking University English Department arranged the travel cost for which Dr Yi was also grateful. In 1993 she obtained her doctorate degree in Comparative literature and Doctor of Philosophy; Certificate in Branding from Harvard Business School (2004). To be grateful is the key to Dr Yi’s success in life and career.