You are here: Home / All We Need Is Love / Children and Parents / THE APOLLO THEATER & BMI PRESENT BMI’S ‘HOW I WROTE THAT SONG’ LATIN EDITION 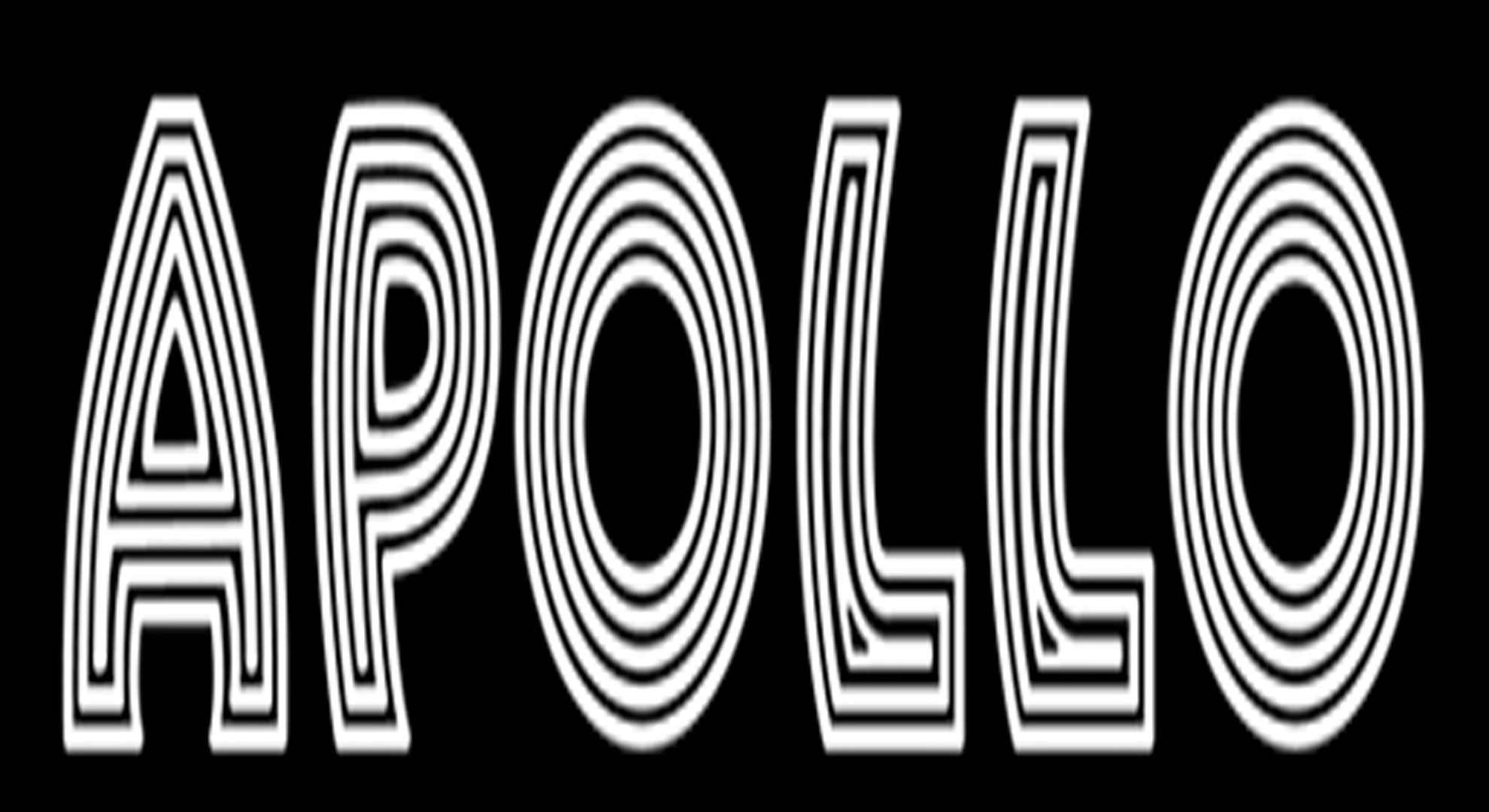 Free event slated for June 19 at 6:30 p.m. at the legendary Harlem venue

The Apollo Theater and Broadcast Music, Inc. ® (BMI®) have partnered to present BMI’s renowned “How I Wrote That Song®” panel at the iconic Harlem Theater, providing an opportunity for aspiring songwriters and composers to learn about the craft of songwriting from today’s Latin hitmakers. The panel, a part of the Apollo’s Career Panels series, will take place on Thursday, June 19, 2014, at 6:30 p.m. (EST). The event is free and open to the public. Registration is strongly recommended. RSVP at http://www.apollotheater.org.

Shirley Taylor, Director of Education for the Apollo Theater, commented, “We are delighted to partner with BMI to bring their signature career development panel, “How I Wrote That Song,” to the Apollo Theater. With every career panel that we do, the goal is to engage students and young professionals and show them that there are a variety of career options within the arts and entertainment industries. Over the course of its 80-year history, the Apollo has been a beacon of hope, achievement and opportunity for countless artists, including musicians and songwriters.” Taylor continued, “Events like “How I Wrote That Song” help to inspire a new generation of songwriters and to extend the mission of the Apollo to advance emerging creative voices across cultural and artistic media.”

At the young age of 28, Alcover has already made a name for himself as one of the top songwriters and producers in Latin music. His creativity is earning him recognition across genres and swiftly gaining worldwide acclaim. Most recently he cemented himself as a major player with Don Omar’s #1 smash hit “Dutty Love,” which earned him a BMI Award and was the anchor single from the album MT02: New Generation, and garnered Alcover a 2012 Latin GRAMMY for Best Urban Album. Also in 2012, Alcover won the Billboard Latin Award for Producer Of The Year for his work on Don Omar’s #1 album Meet The Orphans, which included the #1 hit “Taboo” (2012 Billboard Latin Award for Song of the Year, Airplay Song of the Year and Latin Pop Song of the Year) that he co-wrote and produced.

Juan A. Abreu is well known within the Latin Music industry as “Xtassy” and as a founding member of the award-winning and urban fusion producing duo, A&X. The self-made, multi-faceted songwriter, producer, DJ and innovator gained his recognition at a young age for his record-breaking hits within the new generation of Latin Music. Xtassy’s unique style of blending international rhythms with electronic elements, Tropical and Urban influences have shaped the sounds and voices of today’s music.

The rebirth of musical group “24 Horas,” topped by the voices of Mickey Then and Joell Jaquez, is a unique mix of Latino, tropical, and R&B styles. As a veteran chart-topping ensemble, 24 Horas has recharged itself to take on the music industry once again. The duo, born in the Dominican Capital of New York City, Washington Heights, has written many hits including “24 Horas,” “Por Favor,” and Prince Royce’ latest single “Te Robaré.” These two talented young men possess the perfect balance between their American influences and Caribbean roots. With a roster of award winning producers such as Alcover & Xtassy, Linkon, DICE and SP, their up-and-coming records promise chart-toppers and crowd-pleasers.

Pedro Polanco was born in San Francisco de Macoris, Dominican Republic. This young South Bronx native’s stance in the industry is defined by hit songs that he’s produced such as: “Te Extraño – Xtreme,” “Llorar Lloviendo – Toby Love” and the most recent #1 Hit in Billboard, “Just the Way You Are – KRose.”  sP creates the foundation for his clients’ masterpieces; he plays the architectural role in this relationship. The act comes to him with an idea, he then takes the time to get to know the artist and learn the essence of them and their craft. By succeeding and ensuring that each artist’s song contains a piece of him or her, sP is now a two-time Premio Lo Nuestro, Premios Juventud, Premios Billboard and GRAMMY® nominated music producer. With contending markets like Miami and L.A., New York maintains a standing presence in the music industry, which translates to there not being any downtime for sP. In fact, he believes that there aren’t enough hours in a day, but he continues to build his catalog of credits by working alongside his team Fragment Muzic, which includes GRAMMY nominated music producer Napoles.

As a second-generation Latina within the communications industry, Jaylah Sandoval has accomplished to cross-market into the American and Latin broadcast television markets at a young age. Inspired by legendary radio personality Angie Martinez, Miami’s DJ Laz and the multi crossover artist Jennifer Lopez, Sandoval continues to work towards building her brand while leading the Spanglish trend into the music world. With her sweet voice and charisma, Jaylah has been a hit on the Latin radio airwaves as a personality on Alex Sensation’s number one show on Spanish Broadcasting System’s La Mega 97.9 FM. Jaylah Sandoval is an voiceover artist, emcee, on-air radio personality and celebrity interviewer known for her work at La Mega 97.9 FM, Univision Radio New York X96.3 FM, Lo Maximo Productions (LMP) and as a national plus-size model.

ABOUT THE APOLLO THEATER

The Apollo Theater is a national treasure that has had significant impact on the development of American culture and its popularity around the world. Since introducing the first Amateur Night contests in 1934, the Apollo Theater has played a major role in cultivating artists and in the emergence of innovative musical genres including jazz, swing, bebop, R&B, gospel, blues, soul, and hip-hop. Ella Fitzgerald, Sarah Vaughan, Billie Holiday, Sammy Davis, Jr., James Brown, Michael Jackson, Bill Cosby, Gladys Knight, Luther Vandross, D’Angelo, Lauryn Hill, and countless others began their road to stardom on the Apollo’s stage. The Apollo Theater’s new artistic vision builds on this legacy. New Apollo programming has music as its core, driving large scale and more intimate music, dance, and theater presentations. The Apollo will continue to present historically relevant programs, as well as more forward-looking, contemporary work.

Career Panels at the Apollo is part of the Apollo Theater Academy, a program which advances career and leadership skills through seminars, workshops, panels and internships focused on professions “behind the-scenes” in the arts and entertainment industries.

Based on its cultural significance and architecture, the Apollo Theater received state and city landmark designation in 1983 and is listed on the National Register of Historic Places. For more information, visit www.apollotheater.org.

Celebrating 75 years of service to songwriters, composers, music publishers and businesses, Broadcast Music, Inc.® (BMI®) is a global leader in music rights management, serving as an advocate for the value of music. BMI represents the public performance rights in more than 8.5 million musical works created and owned by more than 600,000 songwriters, composers, and music publishers. The Company negotiates music license agreements and distributes the fees it generates as royalties to its affiliated writers and publishers when their songs are performed in public. In 1939, BMI created a groundbreaking open-door policy becoming the only performing rights organization to welcome and represent the creators of blues, jazz, country, and American roots music. Today, the musical compositions in BMI’s repertoire, from chart toppers to perennial favorites, span all genres of music and are consistently among the most-performed hits of the year. For additional information and the latest BMI news, visit www.bmi.com, follow us on Twitter @BMI or stay connected through Broadcast Music, Inc.’s Facebook page.