You are here: Home / Living & Learning / Environment and Nature / Artists Against Fracking

Hydraulic fracturing, or “fracking”, is the process of drilling and injecting fluid into the ground at a high pressure in order to fracture shale rocks to release natural gas inside. 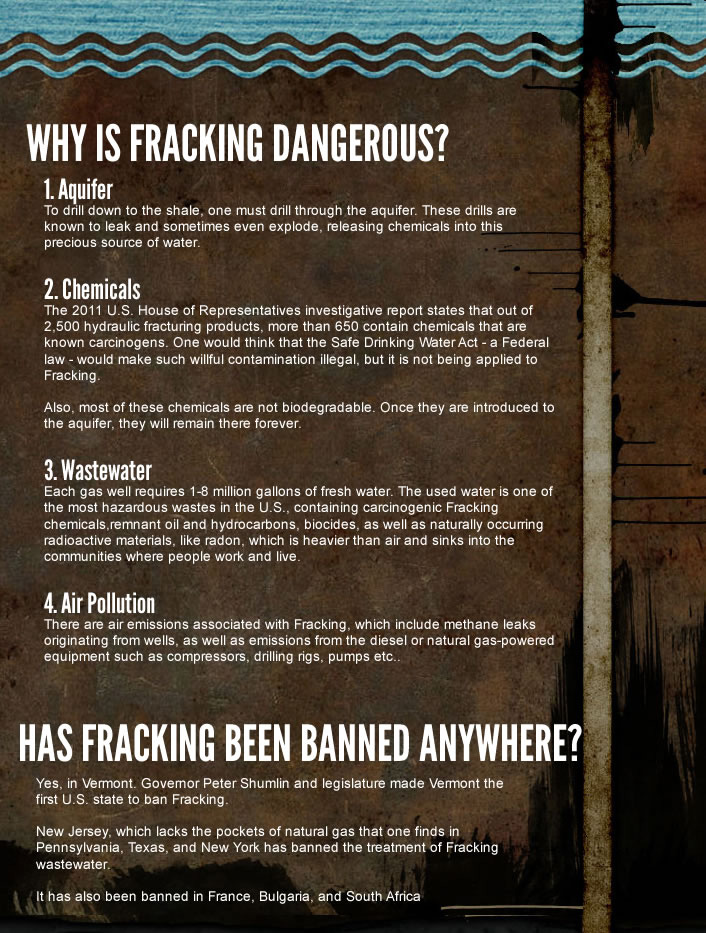 ABOUT ARTISTS AGAINST FRACKING

“Right now, some people are trying to make easy money, and meanwhile ruin this country’s future, by a thing called ‘fracking.’” – Yoko Ono

Yoko and Sean were compelled into action by Governor Andrew Cuomo’s announcement that fracking might soon begin in New York – directly impacting their home in upstate New York. In less than 10 days, they gathered nearly 150 fellow artists to join them in the founding of Artists Against Fracking in August 2012.

Today, at nearly 200 members Artists Against Fracking works to expose and stop the harmful and contaminating practice of fracking for natural gas and oil through mass awareness and peaceful democratic action. At its core, we believe that fracking for shale gas is a danger to New Yorkers. Inevitably, the process leads to the  release of toxic chemicals — many of which are unknown and unreported — into our air and water.

“Though my father died when I was 5, I have always felt lucky to live on land he loved dearly; land in an area that is now on the verge of being destroyed.” – Sean Ono Lennon

Artists Against Fracking founders Yoko Ono and Sean Lennon are asking you to help convince New York Gov. Andrew Cuomo to ban fracking in New York. Submit your 30-second ad or short video here. The winning ad will be used in the New York and Albany TV markets, and winners will have lunch with Yoko and Sean! Deadline for submission is January 20.

To submit a video, go to http://artistsagainstfracking.com/dontfrackny-video-contest/.