You are here: Home / Communities / African / Ask Your Mama Returns to New York in Special Collaboration with Harlem’s Apollo Theater and Manhattan School of Music 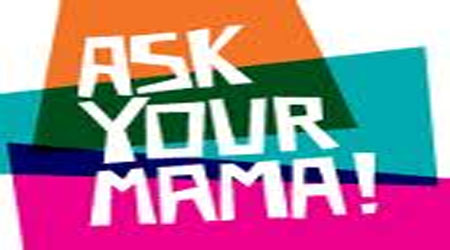 Ask Your Mama Returns to New York in Special Collaboration with
Harlem’s Apollo Theater and Manhattan School of Music,
March 23, 2013

New York, NY, August 9, 2012—The Apollo Theater and Manhattan School of Music will join forces to present Ask Your Mama, a 90-minute sonic tapestry of music, film, and spoken word by EmmyAward- winning composer Laura Karpman based on Langston Hughes’s “Ask Your Mama: 12 Moods for Jazz” that bursts the boundaries of time, place, and verbal expression to trace the currents and tributaries of cultural diasporas. The performance will take place at Harlem’s famed Apollo Theater on March 23, 2013, and will feature the Manhattan School of Music Chamber Sinfonia conducted by George Manahan, who also conducted the sold-out world premiere at Carnegie Hall and a subsequent performance at the Hollywood Bowl. Soprano Jessye Norman will lead an all-star cast that includes The Roots with ?uestlove, Black Thought, and Nnenna Freelon.

Langston Hughes conceived his 1961 epic “Ask Your Mama: 12 Moods for Jazz” as an interdisciplinary creation, including in the margins suggestions for types of music including hot jazz, German lieder, cha-cha, patriotic songs, post-bop, and Middle Eastern, as well as specific songs like “When the Saints Go Marching In” and “Battle Hymn of the Republic,” all of which he meant to accompany his words. Karpman’s composition brings these imaginings to life, combining Hughes’ language with sounds that come together to evoke the turbulent flux and flow of American cultural life, making the fifty-year old text startlingly current. Sold out debut performances of the work at Carnegie Hall in 2009 were a critical success.
Tickets are $35, $55, $75 and $125 (VIP Tickets) and will go on sale Monday, Nov 19th at 10 a.m. through Ticketmaster.

About the Apollo Theater
The Apollo is a national treasure that has had significant impact on the development of American culture and its popularity around the world. Since introducing the first Amateur Night contests in 1934, the Apollo Theater has played a major role in cultivating artists and in the emergence of innovative musical genres including jazz, swing, bebop, R&B, gospel, blues, soul, and hip-hop. Ella Fitzgerald, Sarah Vaughan, Billie Holiday, Sammy Davis, Jr., James Brown, Michael Jackson, Bill Cosby, Gladys Knight, Luther Vandross, D’Angelo, Lauryn Hill, and countless others began their road to stardom on the Apollo’s stage. The Apollo Theater’s new artistic vision builds on its legacy. New Apollo programming has music as its core, driving large scale and more intimate music, dance, and theater presentations. The Apollo will continue to present historically relevant presentations, as well as more forward-looking, contemporary work. Based on its cultural significance and architecture, the Apollo Theater received state and city landmark designation in 1983 and is listed on the National Register of Historic Places. For more information, visit www.apollotheater.org.

About Manhattan School of Music Chamber Sinfonia
The Manhattan School of Music Chamber Sinfonia was created as a flagship ensemble for students in its Orchestral Performance (OP) Program and also includes students from the Pinchas Zukerman Performance Program as well as other advanced instrumentalists. The ensemble, under the music direction of George Manahan, has been conducted by noted guest conductors including Pierre Boulez, Pinchas Zukerman, Raymond Leppard, and Paul Gemignani, among many others. The Chamber Sinfonia, led by Philippe Entremont, participated in Les concerts du cloître in Nice at the invitation of the Académie Internationale d’Eté in August 2011. The OP Program, established in 1991 as the first accredited degree program of its kind, seeks to nourish musicians of the highest artistic caliber and provides intensive preparation for careers as orchestral musicians. The advanced curriculum features special programs such as the Orpheus Institute and MSM’s Center for Music Entrepreneurship; master classes with principal players from world renowned orchestras such as the Vienna Philharmonic, Chicago Symphony, Cleveland Orchestra, and Orchestre National de France; and vigorous training in audition preparation.

About Manhattan School of Music
Manhattan School of Music is a preeminent international conservatory, granting Bachelor of Music, Master of Music, and Doctor of Musical Arts degrees. Established in 1918 by pianist and philanthropist Janet Daniels Schenck, the School is dedicated to the personal, artistic, and intellectual development of its students, who range from the precollege through the postgraduate level. Offering both classical and jazz training, Manhattan School of Music trains students in performance and composition and provides a core curriculum in music theory, music history, and the humanities. Students come from all over the world, drawn by a rigorous program that reflects the highest standards of musical heritage, and by the faculty, which includes some of the world’s best-known artists. Manhattan School of Music contributes to the city’s musical life through an active community outreach program and with concerts and performances that are recognized as some of the finest events in New York’s musical calendar. Manhattan School of Music’s alumni are active in every aspect of contemporary musical life. Many are among the most distinguished artists performing in concert halls, opera houses, and on jazz stages throughout the world today.

About Laura Karpman
Four-time Emmy Award-winning composer Laura Karpman was raised on bebop and Beethoven, and trained at The Juilliard School, where she played jazz and scatted in bars and studied with Milton Babbitt. Her music has been performed by the Los Angeles and Czech Philharmonics; Orchestra of St. Luke’s; Houston, National, Detroit, and Prague Symphonies; and American Composers Orchestra, to name only a few. Her recent multi-media work Ask Your Mama, written for Jessye Norman and The Roots, premiered to a sold-out house at Carnegie Hall and at the Hollywood Bowl. She has also written scores for Steven Spielberg, PBS, Smithsonian, documentarian Barbara Koppel, the Chinese Government (for which she received an Annie Award nomination), and videogame music for Sony Online Entertainment, where she was a resident orchestral composer. Karpman has received the American Academy of Arts and Letters’ Ives Fellowship and several ASCAP and Meet the Composer awards. She has had residencies at Tanglewood and the MacDowell Colony. A member of the UCLA faculty and recently a guest composer of The Juilliard Composition Forum, she will be a visiting professor for the Valencia Spain campus of Berklee College of Music program this fall. Recent and upcoming premieres include Hidden World of Girls, a collaboration with NPR’s Kitchen Sisters for the Cabrillo Festival of Contemporary Music and conductor Marin Alsop; Now All Set, honoring Milton Babbitt; Different Lanes for string quartet and 2 iPads as well as an orchestral version; a work for David Krakauer and orchestra; and a large orchestral and vocal work in collaboration with the New York Times columnist Gail Collins.