Listen to “Avadora Mimouni’s Collection: An Unforgettable Gem!” on Spreaker. 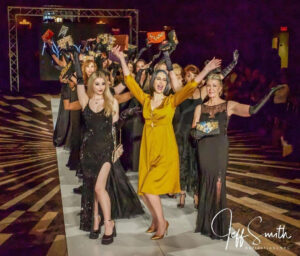 Avadora Mimouni Collection was featured at Prestige Models NYFW show 2022. Model and Designer, Avadora Mimouni, is a gem, as is her line of “wearable art” luxury bags adorned with semi-precious stones and upcycled materials. They are becoming increasingly popular among women who want to look and feel like the gems they are. Inspired designer and model, Avadora Mimouni was born in the Azores archipelago of Portugal. Avadora’s creative ways started in her youth. She expressed herself through theater and modeling in fashion boutiques. She moved to Manhattan in 1994. She soon pursued modeling and graced the covers of magazines, walked prestigious runways, and appeared in acting roles. Her latest role is as an inspired designer, helping make the world and its inhabitants more beautiful. 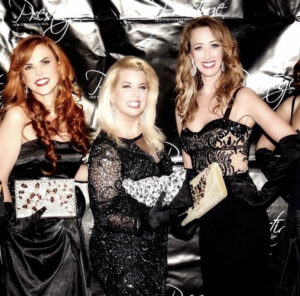 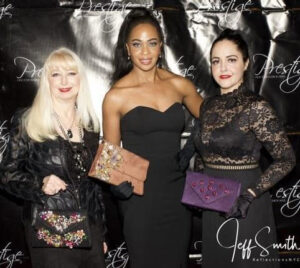 In 2017, Avadora attended an event wearing a one-of-a-kind purse she created and was surprised by the immense adulation. She was immediately inspired to launch her Avadora Mimouni Collection that same year. Her collection received dramatic admiration from women of all ages. Her startling and gorgeous luxury bags are “wearable works of art,” making those who carry them look and feel more beautiful. 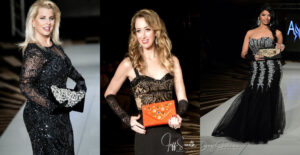 Avadora Mimouni Collection inspired many former models from the 90’s, 2000’s to return to the runway, during NY Fashion Week 2019, 2020, and 2022, to strut their stuff for the camera while making a difference in the world. Her luxury “wearable art” bags inspired the models to not only look their best but to promote causes, far and wide, through their inspired “fashion runway advocacy”. Several of the models who appear in Avadora’s NYFW shows became active in philanthropy after their modeling careers. 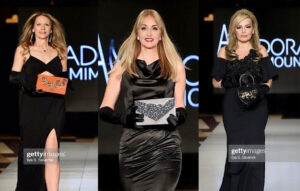 Not only do these models know how to talk the talk, but they also walk the walk on the runway: Proof that a woman can “strut her stuff,” make a difference in the world and be fabulous at any age! The world needs a message that celebrates timeless beauty; it is more than skin deep and does not end at age 30! 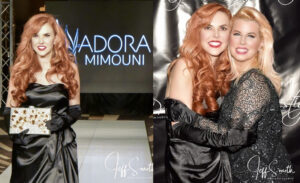 Several of Avadora Mimouni collection’s models are today’s entrepreneurs, TV anchors, therapists, doctors, actresses, executive directors of foundations among other notable accomplishments. One of the star models, is 3 Time Emmy Award Winning Anchor and NY Times Best Selling Author, Rita Cosby. One need only look at her biography to not only see her incomparable list of accomplishments but all her long list of advocacy and support for a multitude of great causes. Rita is spokesperson for another Avadora Mimouni model, Lorraine Silvetz, MSW, foundation,Global Stress Initiative treating veterans, domestic violence and human trafficking survivors with PTSD. Lorraine has served as the face of Avadora Mimouni’s Collection for 2021-2022. All of the mature models (age 35 and up) have either founded, currently support, or lend their personalities to foundations that work to help those in need. 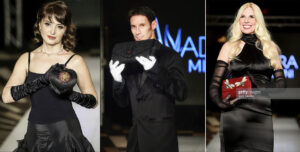 After close to two years of being unable to attend events due to the pandemic, everyone is ready to get out and be seen supporting good works. And, they’ll want to do it in style! No woman will want to be without their AVADORA MIMOUNI luxury handbag as they enter the world stage yet again. The Imperial Collection will bring the wearer back to the old-world glamour and beauty of classic cinema sirens like Rita Hayworth, Marilyn Monroe, and Ava Gardner. 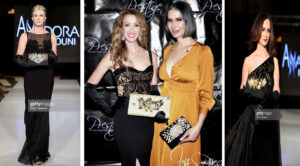 All women agree that you cannot wear an Avadora Mimouni bag without making a statement, being asked where you got it, who designed it since they steal the show wherever you go. They are beyond unique and beautiful, and each one is one of a kind, just like the woman who wears them.

The designer and acclaimed model, Avadora Mimouni, illustrates that beauty is timeless, and her gorgeous bags symbolize each woman as a precious gem. Her luxury bags adorned with semi-precious stones remind the wearer of the luxury purse that they genuinely are.  And, let’s face it, the more we feel like precious gems, the more we act that way, and so the world becomes a better and more beautiful place – one gem at a time. 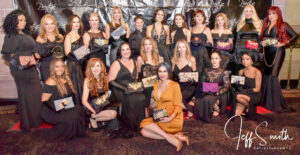