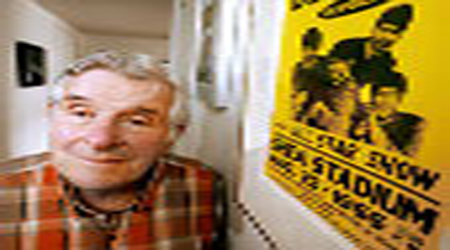 In an announcement released today, Bernstein said that he is partnering with John Anthony, Music Master and President of Banner Records located in New Jersey. Together, they will handle promotions with a small team from the Banner Records label.

I want to welcome John Anthony and his team, Bernstein said. It is an exciting moment because we share a vision and a high work ethic.

Though Bernstein is most famous for his work with The Beatles and The Rolling Stones, the biography gives readers a broad focus on his life and times, and especially captures how he made a grand impact on the entertainment industry. Bernstein worked with many famous artists and icons beyond The Beatles, such as The Rolling Stones, The Rascals and Tony Bennett.

Anthony said that he hopes all music fans will have an opportunity to read Bernsteins story. Meanwhile, he believes that it is a prime time to promote the book given all of the media hype and attention last year surrounding the Beatles. Bernstein is part of music history as the promoter who brought The Beatles to America.

Sid Bernstein is one of the most extraordinary promoters in Rock N Roll history, Anthony said. It is an honor and a privilege to work with someone of his stature.

Anthony would not comment on a recent rumor that he and Bernstein had plans to promote any new artists.