Blind Vet Mounts Campaign for U.S. Military to Comply with the ADA

You are here: Home / Good News To Go / Blind Vet Mounts Campaign for U.S. Military to Comply with the ADA 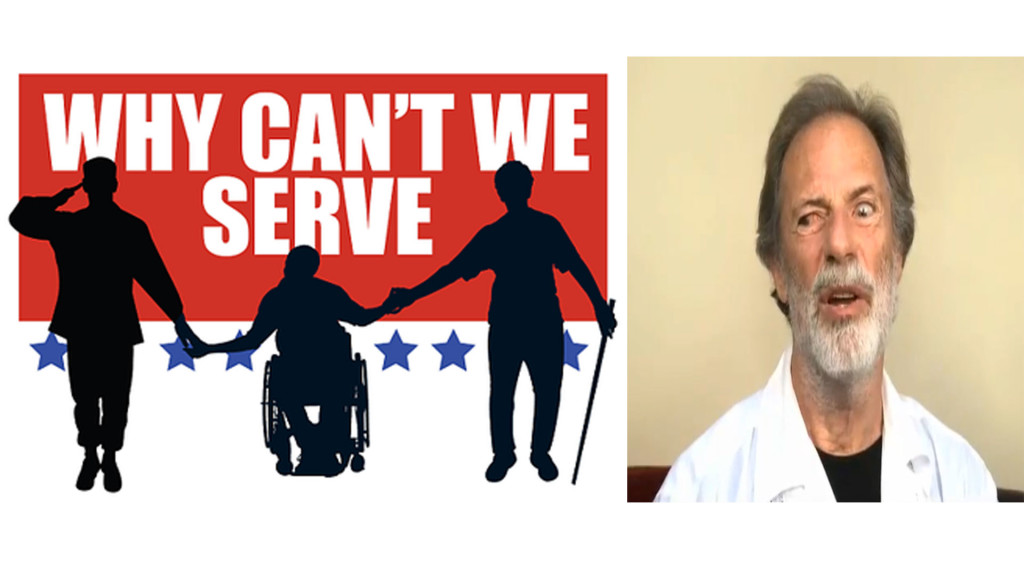 WOODSTOCK, NY—When the Americans with Disabilities Act (ADA) was signed into law in 1990, it was a milestone for people with disabilities. The past 25 years saw unprecedented progress as doors to employment and public access opened for the differently abled. The ADA requires that people not be barred from employment by large businesses and most government agencies on the basis of their disabilities. However, there is one door that is still tightly shut—the U.S. military is not required to comply with the ADA.

But one disabled veteran is out to change that. Marty Klein of Woodstock, NY, became blind while serving in the Air Force during the Vietnam era. Upon being classified as disabled, he received an honorable medical discharge and was sent home, with no other options offered by the country he was so proud to serve. Unfortunately, his story is far from unique.

“There are so many soldiers who come back wounded from combat who would love to stay in the military, but they’re not allowed when they have a disability,” says Klein. “They have to be discharged away, sent home with a disability, and they have no idea who they are.”

Klein has begun a movement for policy change, so that wounded soldiers would have the option of continuing their military careers in noncombat roles. Also, citizens with pre-existing disabilities could join the armed forces in similar positions. He is mounting a fundraising campaign to produce a feature-length documentary, entitled “Why Can’t We Serve,” to bring these issues to the attention of the public and policy makers.

“I believe a full-length documentary about this whole subject would, at the very least, expose the inequity and start a national conversation, and at best, could cause sweeping changes in how the public views people with disabilities,” Klein says. “In addition, the documentary may very well be a catalyst that helps raise the consciousness regarding disabled vets, as well as raising the standard of living for everyone with disabilities.”

Visit whycantweserve.com to learn more about these issues, view a promotional video, and contribute to the fundraising campaign.