You are here: Home / All We Need Is Love / Children and Parents / BOSTON MARATHON: Wellesley College Makes This Year’s Scream Tunnel The Biggest, Loudest, Strongest Ever 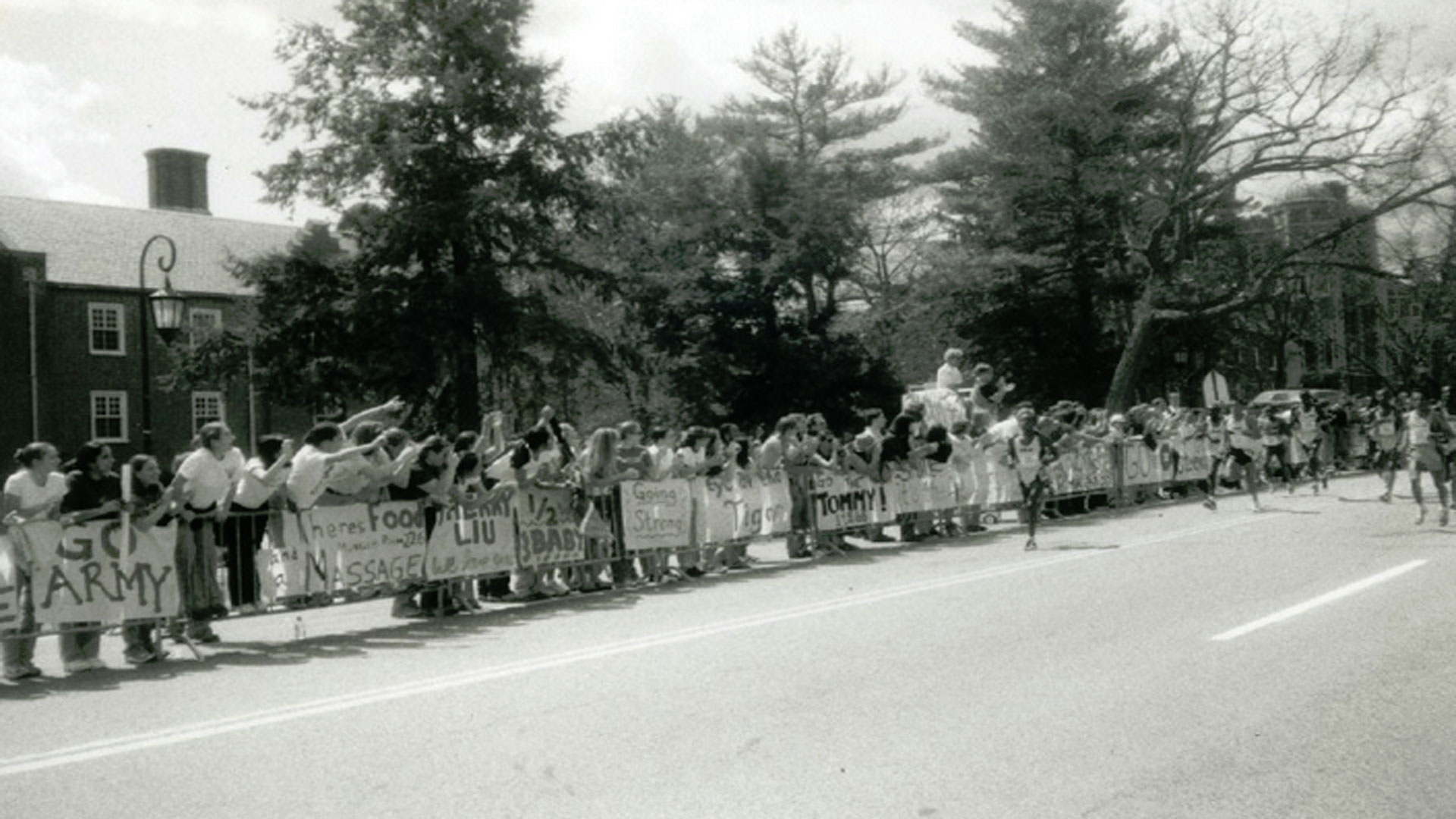 Marathon Monday and the Scream Tunnel hold a special place in the hearts of Wellesley College students, alums and Boston Marathon runners. Wellesley takes great pride in being the loudest cheering section of the marathon and giving runners that much-needed midway boost with cheers, hundreds of handmade signs, and kisses. One year after the 2013 Boston Marathon tragedy, Wellesley is rallying to create the biggest, loudest, and strongest Scream Tunnel ever.

Who/What: Hundreds of Wellesley College students, graduates, and friends cheer on this year’s Boston Marathon runners with a Scream Tunnel that’s the biggest in history. Watch video of the 2012 Scream Tunnel here: https://www.youtube.com/watch?v=5Jx7t8p4GWw

Where: The Marathon Route along Wellesley College on Rt. 135 (college address is 106 Central Street, Wellesley, Mass.) Parking for accredited members of the media is available upon advance request. Please email mediarelations@wellesley.edu to request accreditation.

The first Boston Marathon was run in 1897, just a year after the first modern Olympics were held—and 22 years after Wellesley College admitted its first students. The College is around the halfway point on the marathon route. In the first race, Wellesley students are reported to have cheered on a particular favorite (a Harvard student), thus setting a precedent for vociferous support for the runners. That support continued every year, and soon turned into tradition, now known as the Scream Tunnel. The ritual gained momentum in the 1970s when women were at last allowed to officially run the race.

Since 1875, Wellesley College has been the preeminent liberal arts college for women. Known for its intellectual rigor and its remarkable track record for the cultivation of women leaders in every arena, Wellesley—only 12 miles from Boston—is home to some 2300 undergraduates from every state and 75 countries.

Previous Post: « STATEMENT BY CARLO A. SCISSURA, PRESIDENT AND CEO OF THE BROOKLYN CHAMBER OF COMMERCE ON CITY’S PLANS TO REVAMP RESTAURANT GRADING SYSTEM
Next Post: BEST CAR ADVENTURE EVER