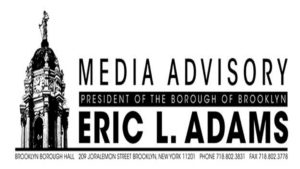 Tomorrow at 7:00 PM, Brooklyn Borough President Eric L. Adams will join the Sino America New York Brooklyn Archway Association in co-hosting a Lunar New Year celebration at Brooklyn Borough Hall featuring celebratory giveaways and live cultural performances, including a lion dance by Eastern Culture Exchange Association and a dance to welcome the Year of the Dog by Circle Dance & Arts Studio. Borough President Adams will present citations and certificates to Chinese-American Brooklynites who have served the borough’s residents in various capacities, as well as welcome special remarks from Qiu Jian, deputy consul general of the People’s Republic of China in New York.

Lunar New Year is celebrated by a number of Asian cultures with deep roots in the borough, including Chinese, Korean, and Vietnamese. In particular, Brooklyn is home to a large and growing Chinese population; according to the 2016 American Community Survey, 7.8 percent of the borough identifies as Chinese, a population largely with origins in the Fujian province that now resides in neighborhoods such as Bensonhurst, Sheepshead Bay, and Sunset Park. Last October, Borough President Adams and Mayor Bill de Blasio announced that the City will pursue a new archway spanning Eighth Avenue between 60th and 61st streets in Sunset Park, from Beijing’s Chaoyang District; Borough President Adams’ administration has established sister city agreements with that municipality as well as friendship agreements with the Chinese cities of Yiwu, Fuzhou’s Gulou District, and Shanghai’s Putuo District.

Media Summit – March 7-8
Next Post: Thought for the Day…