Carbon Dioxide Is a Pollutant. Please Help Establish That Fact…

You are here: Home / Living & Learning / Environment and Nature / Carbon Dioxide Is a Pollutant. Please Help Establish That Fact… 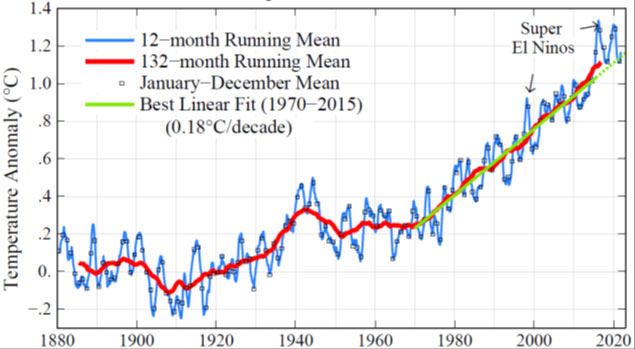 17 June 2022
James Hansen, Makiko Sato and Reto Ruedy
CO2 fits perfectly EPA’s definition of a chemical substance that presents “an unreasonable risk of injury to health or the environment.” Congress, with strong bipartisan agreement, established the Toxic Substances Control Act (TSCA; acronym pronounced tosca) in 1976 and – with bipartisan support again – strengthened the law in 2016. This law has been used successfully to phase out or reduce many substances, including asbestos, lead in paint, PCBs, and CFCs[1]. EPA has broad latitude in how to achieve reductions and can work with other agencies for that purpose.

Citizens may petition EPA on the need to address a pollutant under TSCA. EPA must respond to a petition within 90 days. Yesterday several of us[a] delivered to EPA a petition[2] for phase out of greenhouse gas (GHG) pollution to restore a stable and healthy climate. The prospects for EPA to accept their obligation will be much improved if we can present them with an impressive list of endorsers of the petition. Please examine the petition and consider adding your name as an endorser of the petition. United States citizens are especially relevant as endorsers, but there is also value in support of world citizens for what is a global problem.

Fig. 1, our global temperature update, is a reminder that the world is headed inexorably toward hotter conditions, as the cooling effect of the current strong La Nina barely got global temperature down to the increasing trendline of global temperature. The 12-month running-mean temperature is already heading toward the next global record that will occur in conjunction with the next El Nino.[3]

[a] Dan Galpern (Hansen’s long-time attorney, who worked for months on this petition), Donn Vivianni (retired EPA scientist who alerted us to the TSCA potential for greenhouse gases), Lisa Van Susteren (physician, writer and world’s leading authority on the psychiatric effects on young people of daily news about growing climate impacts while adults do little to alter the course), and atmospheric chemist John Birks, and Hansen. (Co-petitioner climate accountability analyst Richard Heede could not be present for the delivery to EPA).

Fig. 2. Cumulative 1751-2020 fossil fuel carbon emissions (tons C/person; 2020 populations). Horizontal lines are multiples of the global mean. The order of individual nations from left to right is based on cumulative national emissions.
Fig. 2 is a reminder that the United States is most responsible for the fossil fuel CO2 emissions that are the dominant cause of human-made climate change. We can also be leaders in the solution if we begin to make the polluters pay via a steadily rising carbon fee with the funds distributed to the public (a conservative, bipartisan approach). Of course, the timing has to be right. The best time was years ago. If the rising price had started a decade and a half ago, when Obama and Biden were elected and had the opportunity afforded by a global financial emergency, U.S. emissions and fossil fuel use would be down at least 40% and we would have plenty of excess energy capacity to help Europe with its near-term fossil fuel energy demands.

Evoking TSCA will not demand an instant carbon price – the timing needs to be sensible. However, it will be a huge step, putting us on a course with the potential to address the climate problem globally. The huge U.S. economy allows the opportunity to affect the global approach via border duties on products from countries that do not have a carbon fee.

Other policies also need to be sensible. Whose idea was it to immediately halt import of Russian fuels? The predictable effect was to raise the price of fossil fuels, causing huge pain in the West – and in the rest of the world, which thus must choose to look the other way as Ukraine suffers.

What courage. When Putin says that he will get angry if we send the weapons that Ukrainians need to defend their nation, our leaders quake and instead take actions that sacrifice Ukrainian lives, raise our own energy costs, and increase Putin’s profits needed to wage war.

It’s expecting a lot to ask young people to understand what their political leaders are doing, but as we mentioned in last month’s temperature update, that seems to be necessary, and young people have tremendous potential political power. More on that later. 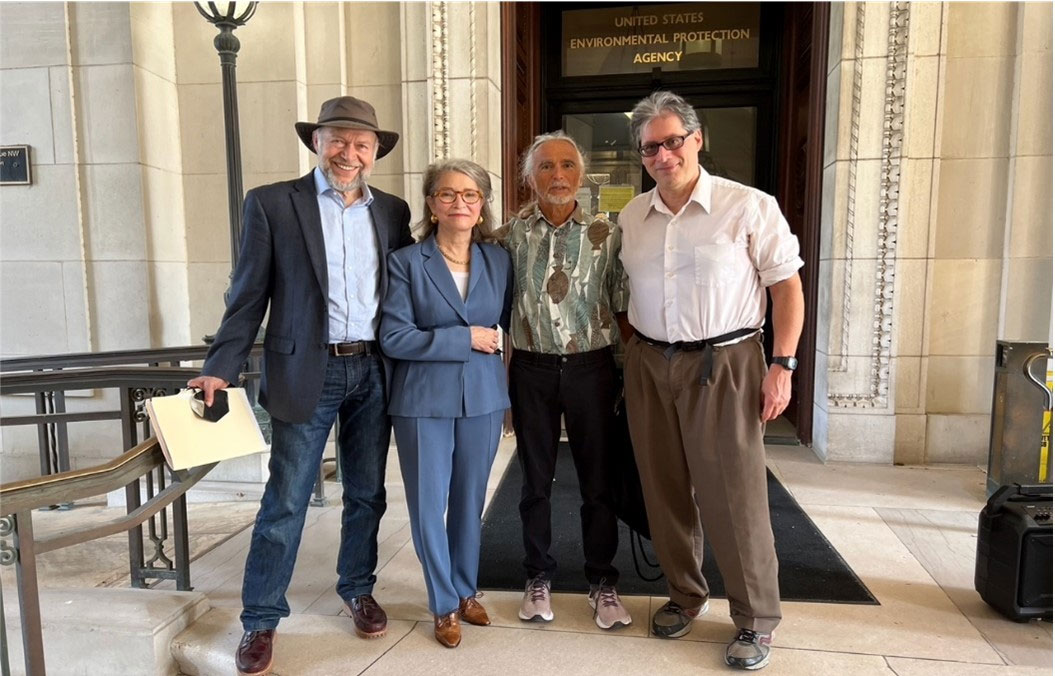 Hansen, Van Susteren, Vivianni and Galpern about to deliver petition (Birks was photographer).

[1] CFCs hardly seemed toxic. In early advertisements, the chemical industry showed a person breathing in “harmless” CFCs, but then we discovered their impact on the ozone layer and their greenhouse gas effect. Likewise, CO 2 was initially thought to be a beneficial gas; and so it is, if you limit the dosage.
[2] Viviani, D.J., J. Birks, R. Heede, L. Van Susteren, J.E. Hansen, Climate Science, Awareness and Solutions, and Climate Protection & Restoration Initiative, Petition to the Environmental Protection Agency to Phase-out Greenhouse Gas (GHG) Emissions and Remove Legacy GHGs, 16 June 2022. Part I and Part II (Select scientific and economic considerations).
[3] The promised discussion about the record current planetary energy imbalance will need to wait a while.

Support the GODSQUAD at Our 12th Anniversary Celebration!!
Next Post: JUST BECAUSE YOU’RE BUSY DOESN’T MEAN YOU CAN’T GRAB SOMETHING NUTRIENT-PACKED TO EAT