Career Bridges mission: Building a Bridge from Studio to Stage 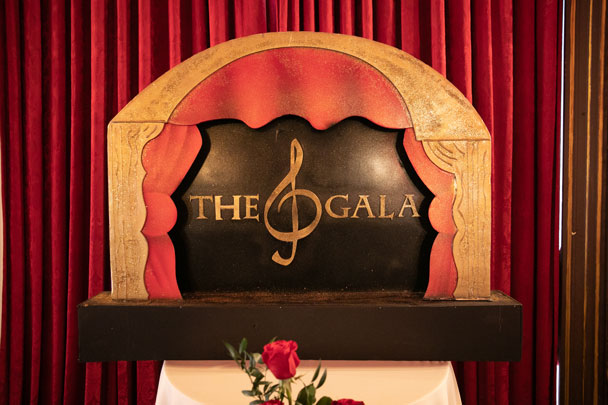 The dazzling evening we experienced at The Metropolitan Club was Gala in every sense of the word. Luminaries of the Opera World gathered in force to celebrate the next generation of opera stars, recipients of awards from The Schuyler Foundation for Career Bridges. What does that title symbolize? A bridge from studio to stage. 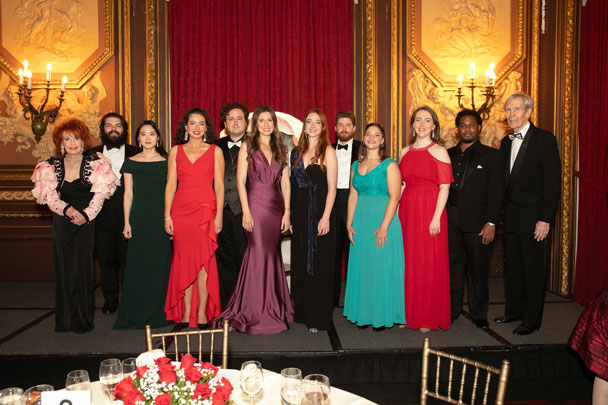 The Foundation has been performing a vital service for 18 years now. Career Bridges was founded by David Schuyler Bender and Barbara Meister Bender with the mission of providing vital assistance to young opera singers as they transition from training to stage. Awardees receive three years of mentoring, financial support, and performance opportunities. Every year, except during the pandemic, Career Bridges spearheads a competition where they give career grants to 10 young artists. Those winners have the opportunity to sing for and receive expert critique from a panel of professionals in the business; directors, voice teachers, performers etc. The singers are then granted a conference with David and Barbara where the critiques are discussed and further helpful suggestions are given. The grant winners have the opportunity to return for 3 more years to “check in” to see if the hard work they have done has been realized for the panel. What an incredible mentorship for these fortunate young artists. 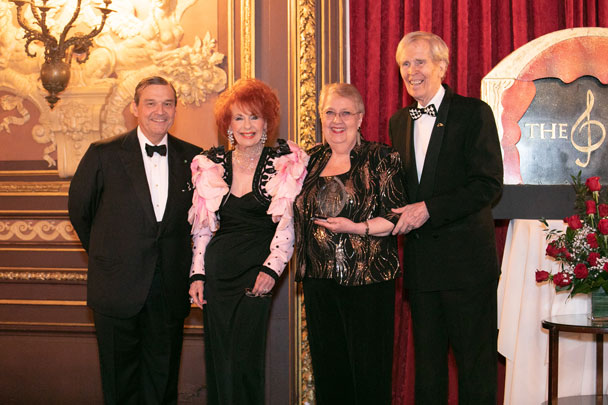 The Benders are one of those beautiful, power couples whose welcoming remarks set the evening off with a wonderful start. Guests that had not attended events in the last three years, due to the pandemic, basked in the delightful entertainment which enveloped them throughout the evening. Many who have attended most of the Gala’s commented that this was the best array of talent they had found in all the foundation’s long history. That is saying something since they have found world class talent each year. 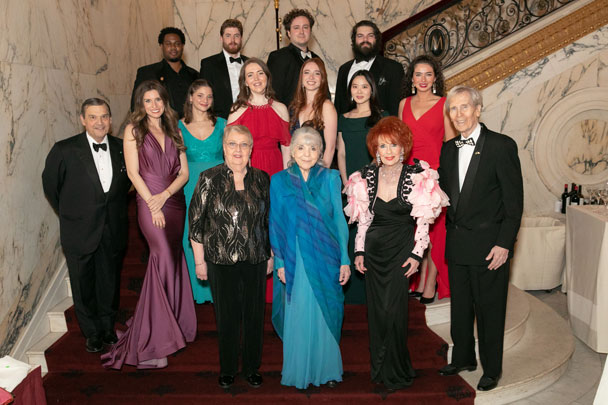 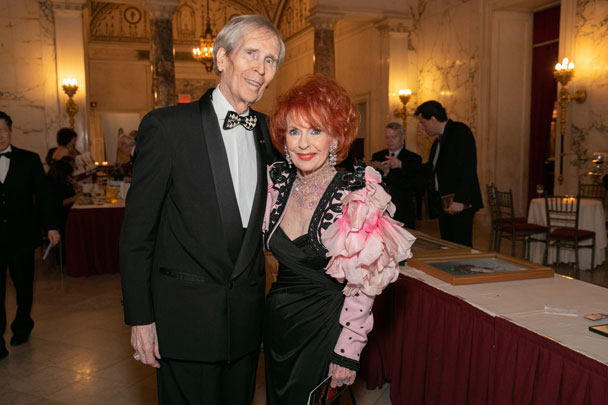 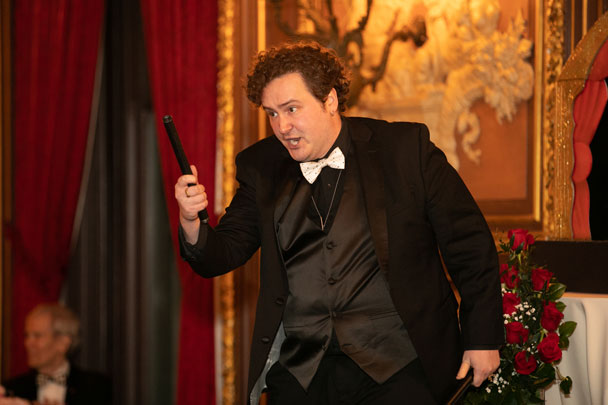 Joanne Evans opened the program with a technically and artistically perfect rendition of Handel’s famous trumpet and mezzo solo “Or La Tromba”. Followed by the world famous aria, In diesen eil’gen Hallen from Mozart’s famous opera Die Zauberflote sung masterfully by the wonderful voiced Bass, Matthew Soibelman. The highlight of this section was the presentation of The Rose performed by Soprano, Kayleigh Riess. Tenor, Thomas Ciliuffo brought to life the ? …… The virile voiced, Baritone, Samson McCrady excelled with the world famous, largo ao factotem by Rossini. 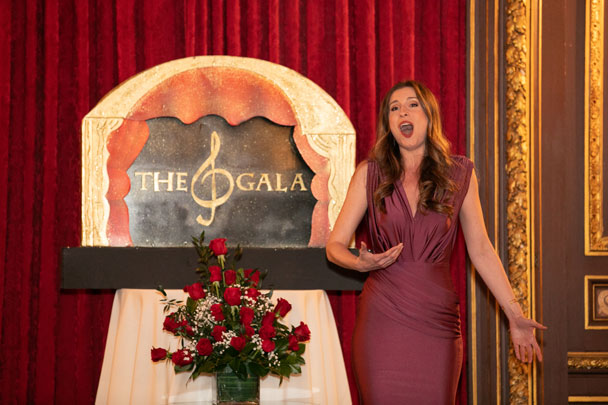 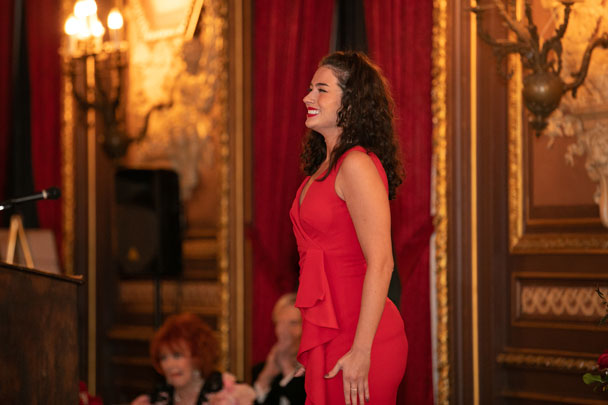 Receiving the Lifetime Achievement Award was the incomparable, Eve Queler, who is one of the first women to establish herself in the traditionally male-dominated field of orchestral conducting. As a guest conductor of many European and South American orchestras, as well as through her work as music director of The Opera Orchestra of New York which she founded in 1971, she has conducted high-quality performances of seldom-heard masterpieces, featuring internationally acclaimed stars. Eve has conducted over 100 operas in concert at Carnegie Hall. In addition, she has conducted worldwide, including engagements at the Kirov Opera in St Petersburg, the legendary Teatro Colon in Buenos Aires, the Hamburg and Frankfurt Operas in Germany, the Australian Opera in Sydney and the Liceu in Barcelona, Spain, to name a few. 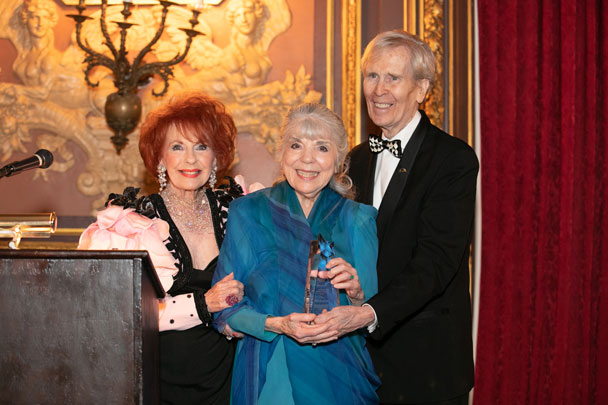 After Eve Queler’s award, the piece de resistance of the evening was the outstanding performance by Key’mon Murrah, Countertenor whose rendition of the ah! quel giorno ognor rammento by Rossini brought down the house. Mezzo Soprano, Lisa Rogali’s rendition of Una voce poco fa by Rossini revealed a warm, beautiful voice peppered with technically perfect coloratura. Most impressive was the fantastically realized performance of Wagner’s Zwangvolle Plage! sung by Tenor, Thomas Ciliuffo. The performance of Sein wir wieder gut! was artistically and dramatically performed by Mezzo Soprano, Mary Beth Nelson. 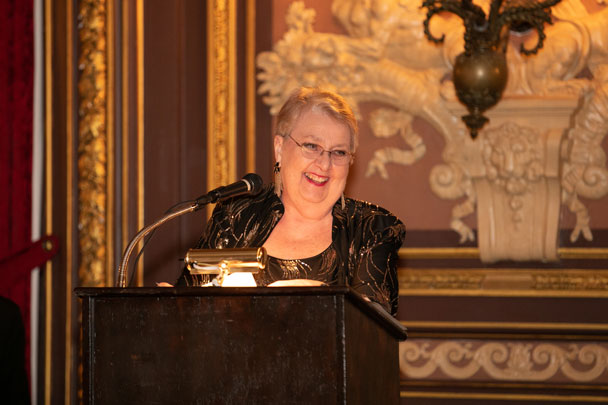 Superstar mezzo-soprano, Jane Shaulis, spoke eloquently as she received the Distinguished Achievement Award. She has been a staple of the Metropolitan Opera’s roster for 25 years appearing in 561 performances and heard in 67 radio broadcasts. This past season she sang in the new HD production of Lulu. Prior to joining the Met she performed with the New York City Opera for 15 years, appearing in over 60 roles. She has also sung with the major opera companies, including San Francisco, Chicago, and San Diego and has performed with many major orchestras, including Chicago, Philadelphia, and Pittsburgh, as well as the festivals in Spoleto and Glyndebourne. 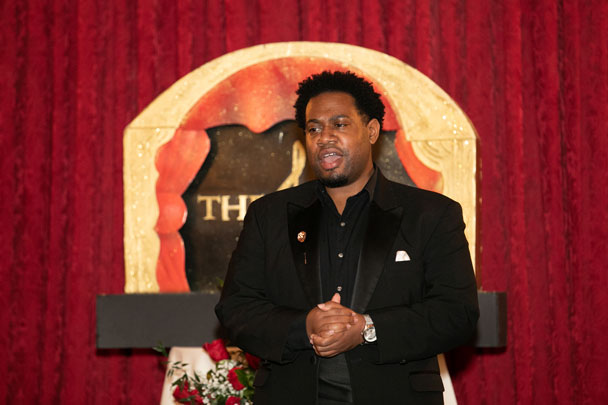 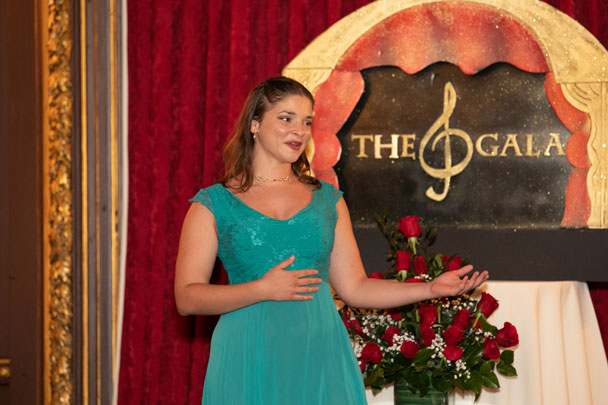 The tribute in memoriam was made to Laurence Broderick, 2006 Grant winner, whose life was cut short in a boating accident. The tribute began with a heartfelt rendition of Abendilch by Wagner sung by Bass-Baritone, John Dominick, III, 2006 Career Bridges’ winner. His mother and brother accepted the moving tribute in his memory.

Ted Taylor as Music Director contributed his amazing job of accompanying a great variety of material for these gifted young singers. 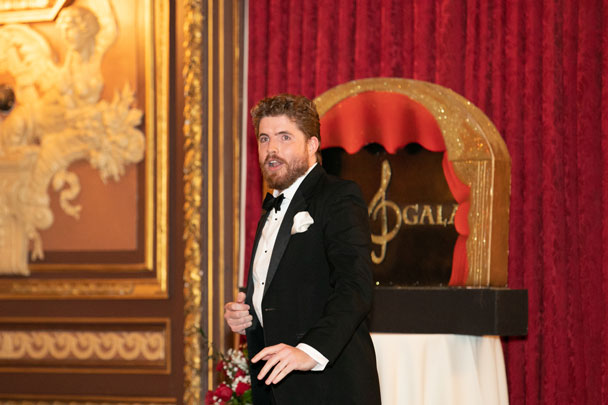 The entire ensemble joined Baritone, Samson McCrady in the highly appropriate “The Impossible Dream” from Man of La Mancha. For many having a career in Opera might seem like an impossible dream but Career Bridges’ Co-Artistic Directors, Barbara and David Bender and team’s mission is to make the dream all the more possible. 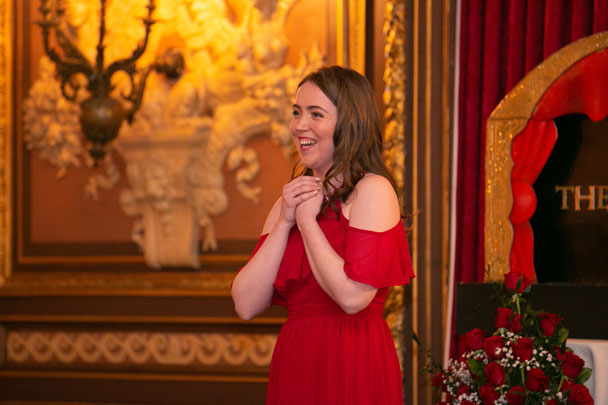 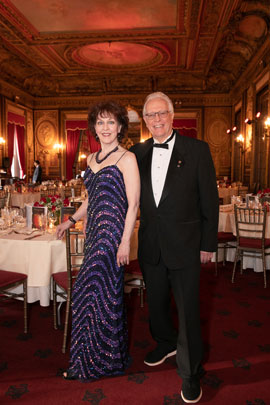 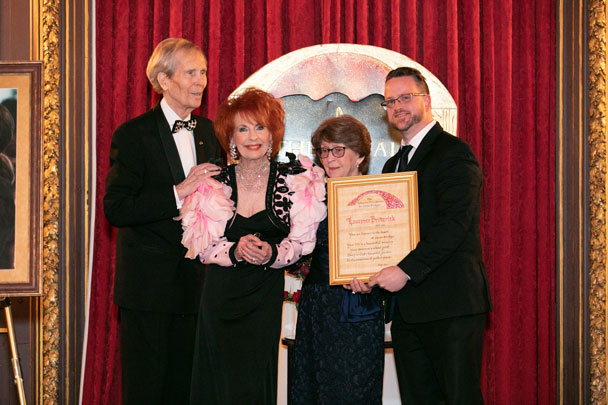 For more information on Career Bridges go to www.careerbridges.org

Thought For The Day…06/01/22
Next Post: “National Faith Leaders Response To Mass Killings”