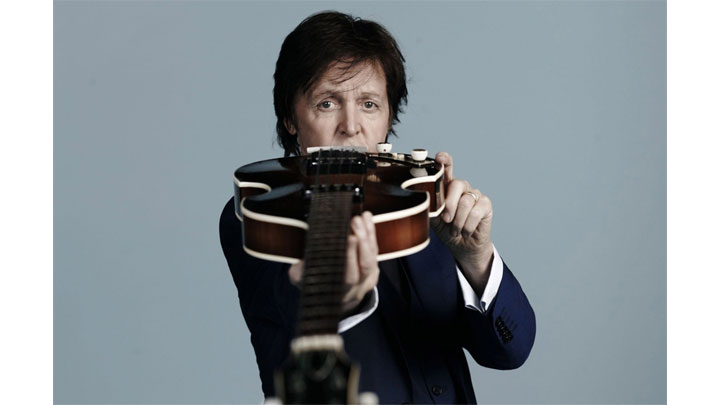 Paul McCartney discussed his new album, the Lennon/McCartney partnership, the Beatles’ breakup and his Covid-19 “rockdown” during an interview with CBS Sunday Morning.

As correspondent Seth Doane noted at the onset of the conversation, while people in quarantine were learning how to bake bread, McCartney was recording McCartney III.

McCartney — who performs all the instruments on his latest LP, like the namesake McCartney albums before it — said of working on a completely solo album, “It’s not like working with the band, because I know what I want to hear, and I don’t even have to tell anyone,” McCartney said. “I just said, ‘Let’s do some drums.’ I’ll sit on the drums and I’ll think, ‘OK, I wanted doo doo doo…’ So, it’s all in my head.”

McCartney added, “One of the songs on the new album, it’s called ‘Kiss of Venus,’ and I wrote it one summer’s day and I got the beginning of it… I thought, ‘I’ll record it, I’ll finish it someday.’ But then I said to myself, ‘No! What have you got? You haven’t got anything on. Sit here and finish that bloody song.’”

The singer was also reluctant to record with anyone else, other than a few engineers at his home studio, due to the ongoing pandemic. “I don’t want to give [Covid-19] to anyone, and I don’t want to get it,” McCartney said. “When people sort of say, ‘Wearing masks is infringing on my civil liberties,’ I say, ‘No. That is stupid.’”

McCartney also talked at length about his songwriting partnership with John Lennon and, over 50 years after the Beatles breakup, whether the band would have ever reunited.

“[Lennon] was showing no signs of slowing up. You know, he was still making great music,” McCartney said of Lennon at the time of his 1980 murder. “The question is: Would we have ever got back together again? I don’t know. We don’t know.”

When asked what he does when he’s driving in a car and a Beatles song comes on the radio, McCartney responded, “Turn it up. Turn it up and sing along with it. It always brings me back to the session.”
go to CBS SUNDAY MORNING WEBSITE
https://www.cbsnews.com/video/sunday-morning-full-episode-12-20-2020/