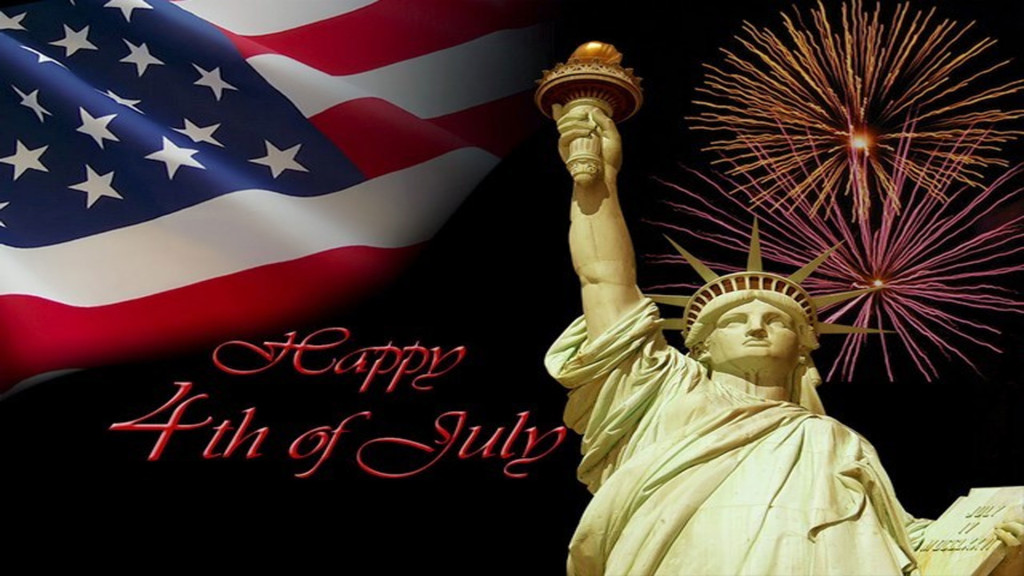 CELEBRATE AMERICA’S BIRTHDAY WITH A STAR SPANGLED PARTY LIVE FROM THE U.S. CAPITOL!

This July 4th, America’s national Independence Day celebration kicks off our country’s 238th birthday with an all-star salute led by our country’s favorite host, two-time Emmy Award- personality Tom Bergeron. Hot off another winning season as host of the hit series Dancing with the Stars, Bergeron will lead an all-star cast in a patriotic evening of unrivaled musical performances—topped off by the greatest display of fireworks anywhere in the nation.

The 34th annual broadcast of A CAPITOL FOURTH airs on PBS Friday, July 4, 2014 from 8:00 to 9:30 p.m. ET before a concert audience of hundreds of thousands, millions more at home, as well as to our troops serving around the world on the American Forces Network. The program can also be heard live in stereo over NPR member stations nationwide. With twenty cameras positioned around the city, including the U.S. Capitol, the White House and the Washington Monument, viewers are front and center for the greatest display of fireworks anywhere in the nation during this top-rated extravaganza. Capping off the show will be a rousing rendition of Tchaikovsky’s “1812 Overture” complete with live cannon fire provided by the United States Army Presidential Salute Battery, an audience favorite and A CAPITOL FOURTH tradition.

To talk about this year’s A Capitol Fourth, North American Network is offering five- to seven-minute telephone interviews with singer-songwriter Kendall Schmidt. Interviews are being scheduled for Thursday, July 3, from 11:00a.m. to 12:00p.m. Eastern Time. To book an interview window, please call.

What began in 2008 as a passion project in a bedroom studio in Burbank, California has now become a whirlwind endeavor, with energetic and dedicated fans across the globe. Kendall Schmidt (23) is founder of the passionately-adored electro-pop band, Heffron Drive. Kendall’s passion for music began when he was just a child. As a youngster, Kendall would often recite whole songs after hearing them just once on the radio. Ever the singer, Kendall soon wanted to broaden his musical horizons. Initially, he tried playing the violin and drums, but neither instrument seemed to fit. One day, however, he borrowed his brother’s guitar and from that point forward, he was hooked. Kendall taught himself how to play guitar and eventually released a number of covers on YouTube, which garnered him his first fans. The initial encounter between Kendall and Dustin, a future Heffron Drive member, occurred at a screening for Kendall’s brother’s movie in Los Angeles, California. The two became instant friends; learning that each was a musician, had been born in the same hospital in Wichita, Kansas, and currently lived on the same street in Burbank, California. That street? You guessed it, was Heffron Drive. With money he earned from an acting gig, Kendall purchased some recording gear and the two friends embarked on a musical journey, knowing only to trust their ears and passion for music. When the question of what to name the newly formed band arose, Heffron
Drive was the perfect fit. The band started uploading songs, to the then-popular Myspace, and soon thereafter began receiving an overwhelming amount of interest. The Internet was buzzing about the new band’s unique music and it wasn’t uncommon to find the play counter hovering around 20,000 plays on any given day. Around mid-2009, however, and soon after the release of Heffron Drive music, Kendall was asked to become the lead singer of the band, Big Time Rush. He accepted, and BTR rapidly became a global phenomenon, with tens of millions of fans across the globe, millions of records and tickets sold, and performances across three continents. Not wanting Heffron Drive to fall apart during his BTR success, Kendall helped secure Dustin a position as a tour guitarist for the group. Although extremely busy, the two still found time to create music for Heffron Drive. With constant forward momentum, Heffron Drive is now preparing a full-scale launch into the world of irresistible electro-pop music. Infusing infectious melodies, unforgettable hooks, and beamingly beautiful lyrics, Heffron Drive promises to bring that lovable, relatable, missing-piece-of-the-puzzle to today’s music scene.