You are here: Home / Good News To Go / Celebrate with the U.S. Women’s Soccer team! 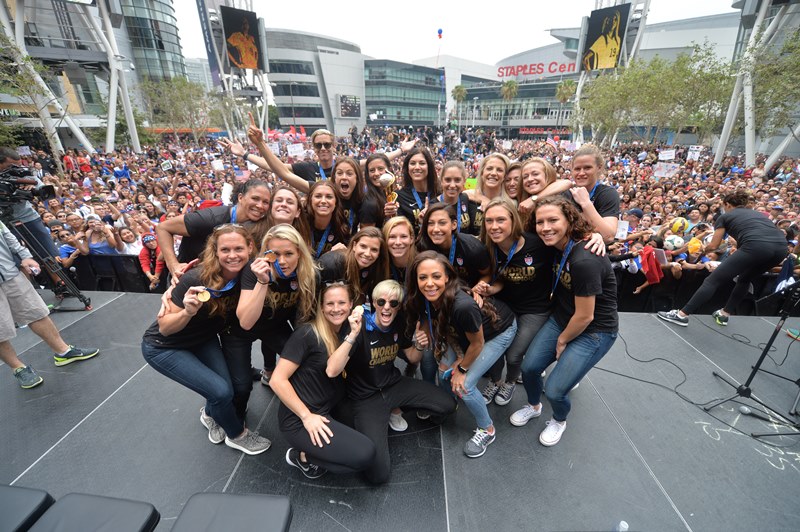 This Friday at 11 a.m., Mayor de Blasio and the City of New York will host a ticker tape parade in honor of the U.S. Women’s Soccer team and their World Cup championship win.

You should be there!

Everyone is welcome to join in the celebrations along the Canyon of Heroes, but we’re also giving away tickets to a special ceremony at City Hall immediately after the parade.

Get more information on the parade and sign up for your chance to attend the ceremony by visiting the page linked below or by calling 311 — we’ll only be accepting signups between 2 p.m. and 4 p.m. ET today.

Image removed by sender. Sign up for a chance to attend the special post-parade ceremony at City Hall

Space is limited at the post-parade ceremony — attendees will be selected by random drawing after 4 p.m. today and alerted via email or phone starting at 10:30 a.m. tomorrow.

Whether or not you can join the ceremony, we encourage you to wear red, white, and blue and come out to celebrate in the Canyon of Heroes (Broadway between the Battery and City Hall) and honor our World Cup Champions.

No matter what, however, you are welcome to join the celebrations along the parade route highlighted on the map below.

Parade Info
Where: The Canyon Of Heroes (Broadway between the Battery and City Hall)
When: Friday, July 10th, starting at 11 a.m.
Who: Mayor Bill de Blasio and the 2015 Women’s World Cup Champions!

Looking forward to celebrating on Friday!

Christine Marie Gentile sharing her Good News at her wedding
Next Post: Our friend Henry shares food with those in needs