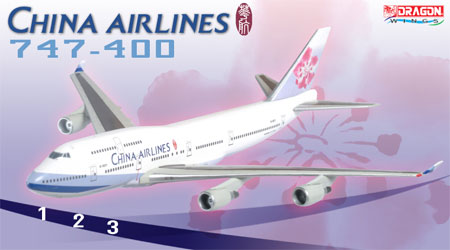 Good News is proud to cover the ribbon cutting ceremony, followed by a reception at VIP lounge.  The Oasis, to celebrate this important moment with us.

The airline, with headquarters in and flight operations from Taoyuan International Airport, flies to destinations in Asia, Europe, North America and Oceania. China Airlines has a strong presence in the Southeast Asia, East Asia, and Northeast Asia. The airline started scheduled chartered flights between Taiwan and mainland China on July 2008. Most flights serving this market are concentrated at Shanghai, Guangzhou and Beijing. China Airlines has operated the Hong Kong route since 1967, which is the airline’s most profitable market, generating 13.3% of its NT$121.9 billion (US$3.7 billion) revenue in 2006 with over 140 flights flown a week between Taipei, Kaohsiung and Hong Kong.

Before the Chinese Civil War, there were three airlines operating in the Republic of China. One was Civil Air Transport, founded by General Claire L. Chennault and Whiting Willauer in 1946. The other two were joint ventures by the ROC government with Pan American World Airways and Lufthansa. As a result of the Chinese Civil War, the Communist Party of China took control of mainland China, and only Civil Air Transport moved along with the Kuomintang (KMT)-controlled ROC government to Taiwan.

With a fleet of two PBY Amphibians, China Airlines was established on December 16, 1959, with its shares completely held by the Republic of China government[citation needed]. It was founded by a retired air force officer[citation needed] and initially concentrated on charter flights. During the 1960s, China Airlines was able to establish its first scheduled routes. In October 1962, a flight from Taipei to Hualien became the airline’s first domestic service. Growth continued and on December 1, 1966, Saigon, South Vietnam (now Ho Chi Minh City, Vietnam) became the airline’s first international destination.  Trans-Pacific flights to San Francisco were initiated on February 2, 1970.[citation needed]

The next 20 years saw sporadic but far-reaching growth for the company. Routes were opened to Los Angeles, New York, Honolulu, Dhahran and Johannesburg, among others (China Airline’s first European destination was Amsterdam). Jets were acquired, and China Airlines employed such planes as the Boeing 747 in its fleet. Later, the airline inaugurated its own round-the-world flight: (Taipei-Anchorage-New York-Amsterdam-Dubai-Taipei).[citation needed] 1993 saw China Airlines listed on the Taiwan Stock Exchange.

Change of logo and livery

As the flag carrier for the Republic of China, China Airlines has been affected by disputes over the political status of Taiwan, and under pressure from the People’s Republic of China was barred from flying into a number of countries maintaining diplomatic relations with the PRC. As a result, in the mid-1990s, China Airlines subsidiary Mandarin Airlines took over some of its Sydney and Vancouver international routes. Partly as a way to avoid the international controversy, in 1995 China Airlines unveiled its “plum blossom” logo, replacing the national flag, which had previously appeared on the tail fins (empennage), and the aircraft livery from the red-white-blue national colors on the fuselage of its aircraft.[citation needed] Plum blossom (Prunus mume) is the National Flower of the Republic of China.

Throughout the 1990s, the airline employed many ex-ROC Air Force pilots. Due to the company’s poor safety record in the 1990s, China Airlines began to change its pilot recruitment practices and the company began to actively recruit civilian-trained pilots with proven track records. In addition, the company began recruiting university graduates as trainees in its own pilot training program. The company also modified its maintenance and operational procedures. These decisions were instrumental in the company’s improved safety record, culminating in the company’s recognition by the IATA Operational Safety Audit (IOSA).

In late 2004, President Chen Shui-bian proposed the renaming of all state-owned enterprises bearing the name “China” to “Taiwan.” This was opposed by the Pan-blue coalition, the opposition parties in the ROC legislature. The airline also voiced concern over its international operations, codeshare agreements and other commercial contracts. The issue was dropped after the 2004 Legislative Yuan election when the pro-Chen Pan-Green Coalition failed to win a majority. In 2007, however, the issue resurfaced with the renaming of several state-owned companies such as Chunghwa Post, whose name was changed to Taiwan Post (a name that was reverted again to Chunghwa Post when the KMT won both the presidential and legislative 2008 elections) and CPC Corporation.

Our strategic target is to continuously strengthen profitability and boost our competitiveness among international carriers.

China Airlines signed an agreement to begin the process of joining the SkyTeam airline alliance on September 14, 2010 and officially became a full member on September 28, 2011. This was marked by an update to the logo of the airline and the typeface in which “China Airlines” is printed.

The float built by China Airlines won the International Trophy in the Rose Parade in California on January 2, 2011 for the 20th time in a row.

Japanese Government awarded a Certificate of Appreciation to China Airlines for its post-quake efforts.

China Airlines has had many uniforms since its 1959. China Airlines’ present uniform was changed in 2007 to celebrate its 47th anniversary.

China Airlines has used different slogans throughout its operational history. In 2006, a second slogan was introduced to complement the new uniforms and to celebrate the 47th anniversary. China Airlines’ slogans have been as follows:

Through the mid 2000s, China Airlines’ route network was affected by the political status of Taiwan, which has historically limited access for Taiwanese airlines to Europe and certain Asian countries. Because Taiwanese carriers did not have direct access to China, China Airlines used Hong Kong as its interline destination. China Airlines started to operate regular charter flights to China in 2008. The airline began regularly scheduled, direct cross-strait operations in December 2008, following the restoration of direct travel links.

China Airlines now serves 98 destinations in 29 countries and territories (including cargo) on four continents, with a well-developed Asian network.

China Airlines has codeshare agreements with the following airlines: (* denotes as Skyteam members and or affiliates)

In addition, China Airlines has a codeshare agreement with Deutsche Bahn.

China Airlines has interline agreements with the following airlines:

Previous Post: « Men in Black 3 Premiere
Next Post: A Special Screening and Mother’s Day on the Farm »