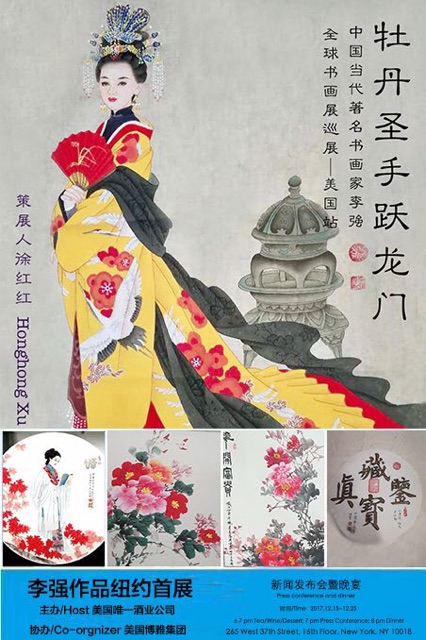 Li Qiang, a famous Chinese painter who styled himself as
“Changchun”, “Yinbin Bi Kett and “People of Henan Luoyang”.
Born in a scholarly family, Mr. Li started learning Chinese
traditional calligraphy from his grandfather when he was six
years old. Over the course of 50 years, he poured his heart into
Chinese traditional calligraphy and never stopped perfecting his
skills. He is the one and only Chinese calligrapher who can use
formal script, cursive script, official script, Jinming script,
Dazuan script, Xiaozuan script, running script and Weibei script
to write Chinese character. Among them, official script and
running script are his specialties. Mr. Li pioneered Pu’er
calligraphy and it’s famous for its vintage appeal, long lasting
aroma and perfect combination of calligraphy and tea
ceremony. It is the first of its kind and worthy of appreciation
and collection.
The main themes of Mr. Li’s paintings include flowers, birds
and people portraits; among the themes, his Chinese painting of
peony is the most spectacular. He paints the flower with
wonderful accuracy of observation so that his paintings vividly
present the radiant and graceful nature of the peony. If you are
fortunate to appreciate the painting in person, it carries you
back in time to the Luoyang peony wonderland and it truly is a
rare experience. That’s why Mr. Li is known as “Peony Master”
home and abroad.
Mr Li’s portrait painting of beautiful traditional Chinese lady is
also a masterpiece. The aesthetics of the painting tranquilizes
you with its gracefully gorgeousness and make you lost in your
reverie. The painting was collected by an English Duke and he
fell in love with China because of it. Interestingly, he even told
Mr. Li that he must find someone that looks like the one in the
painting in reality.