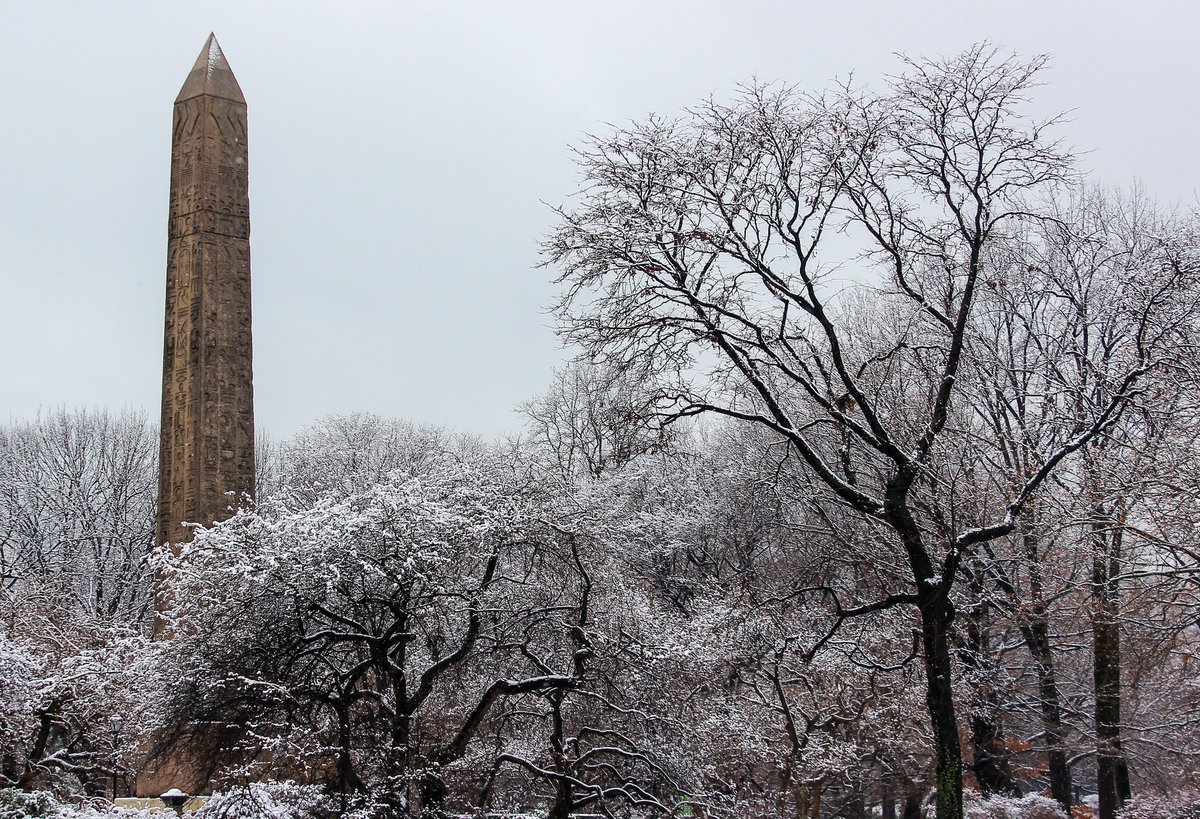 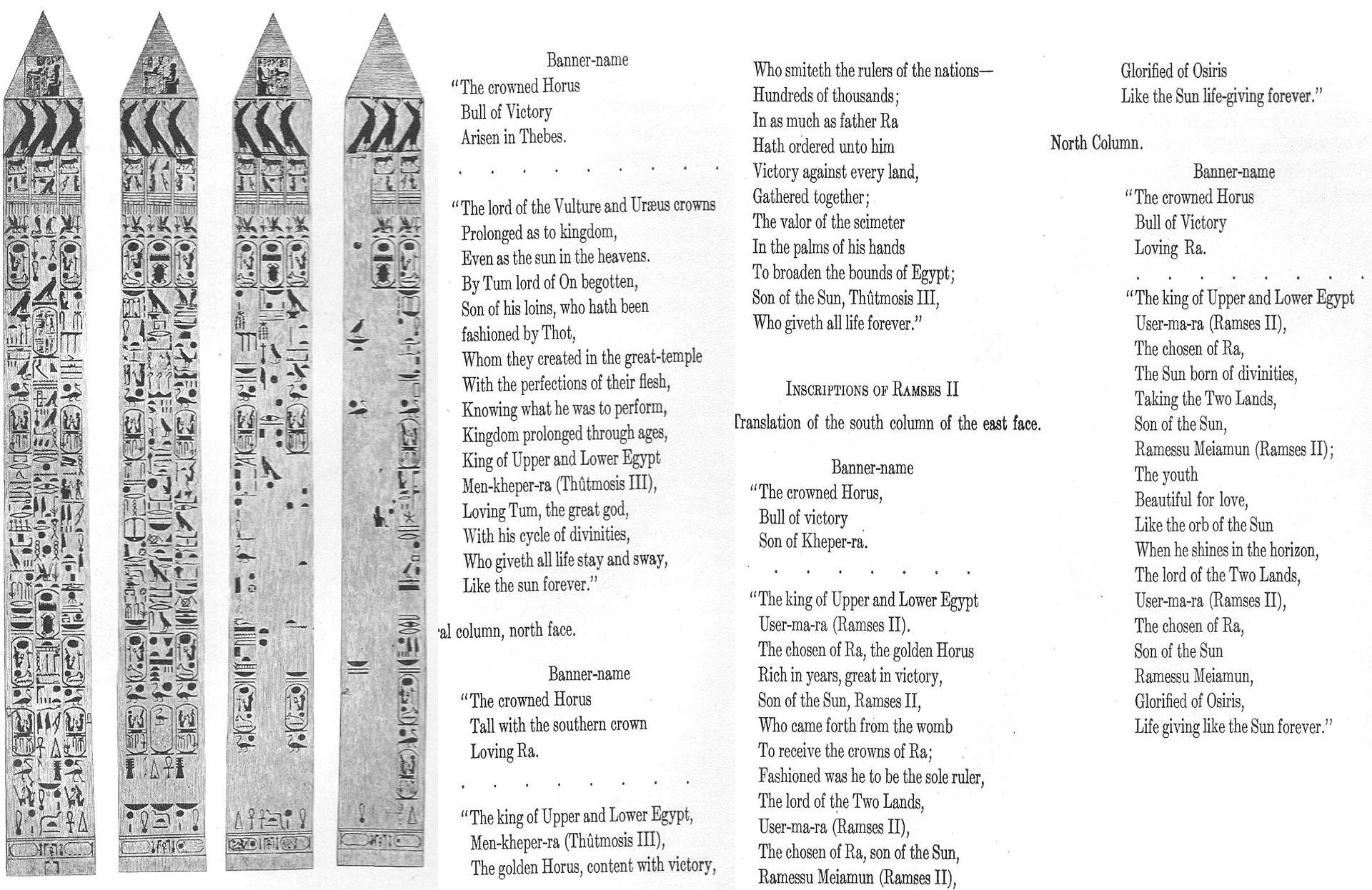 Cleopatra’s Needle in New York City is one of three similarly named Egyptian obelisks. It was erected in Central Park, west of the Metropolitan Museum of Art in Manhattan, on January 22, 1881.[1] It was secured in May 1877 by judge Elbert E. Farman, the United States Consul General at Cairo, as a gift from the Khedive for the United States remaining a friendly neutral as the European powers – France and Britain – maneuvered to secure political control of the Egyptian government.

Made of red granite, the obelisk stands about 21 meters (69 ft) high, weighs about 200 tons,[2] and is inscribed with Egyptian hieroglyphs. It was originally erected in the Egyptian city of Heliopolis on the orders of Thutmose III, in 1475 BC.[2] The granite was brought from the quarries of Aswan near the first cataract of the Nile. The inscriptions were added about 200 years later by Ramesses II to commemorate his military victories. The obelisks were moved to Alexandria and set up in the Caesareum – a temple built by Cleopatra in honor of Mark Antony or Julius Caesar – by the Romans in 12 BCE, during the reign of Augustus, but were toppled sometime later. This had the fortuitous effect of burying their faces and so preserving most of the hieroglyphs from the effects of weathering

Practice The Pause.
Next Post: Why is the sky blue?