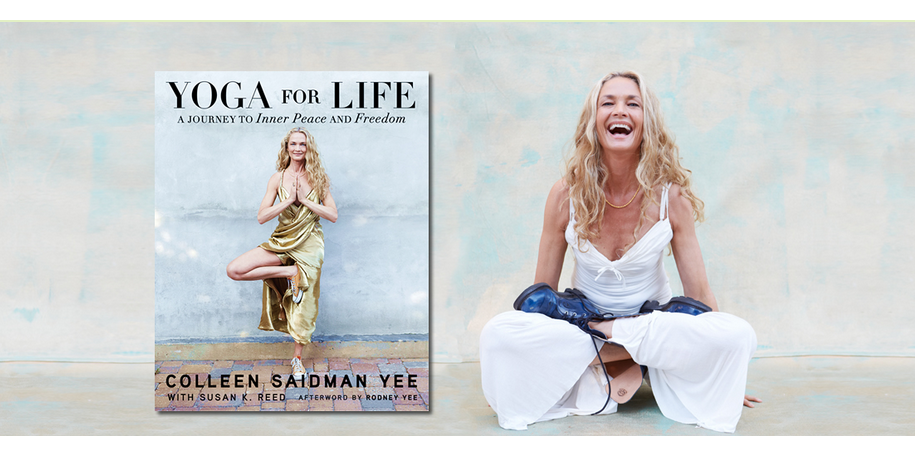 Colleen Saidman Yee’s introduction to yoga was in 1987, at the urging of a roommate, who convinced her to attend a class in New York City. Soon after, her worn-out running shoes, her basketball, and her boxing gloves became things of the past. In 1994, after back surgery, Colleen’s commitment to her yoga practice deepened. A graduate of Jivamukti’s 1998 teacher-training program, Colleen opened her own studio, Yoga Shanti, in Sag Harbor, in 1999. She has taught several yoga teacher trainings at Yoga Shanti, some with her husband, Rodney Yee.

The New York Times christened Colleen “The First Lady of Yoga,” in their recent profile of her on the front page of the Sunday Style section. She has also been featured in Vanity Fair, New York magazine, Oprah, Marie-Claire, Allure, and Yoga Journal. Before that she had a varied career: She was a cover girl, a student of shiatsu, and she lived in Calcutta, working with Mother Theresa at the Home for the Dying and Destitute.

Welcome ~ On The Wings of Love
Next Post: St. Francis Food Pantries and Shelters