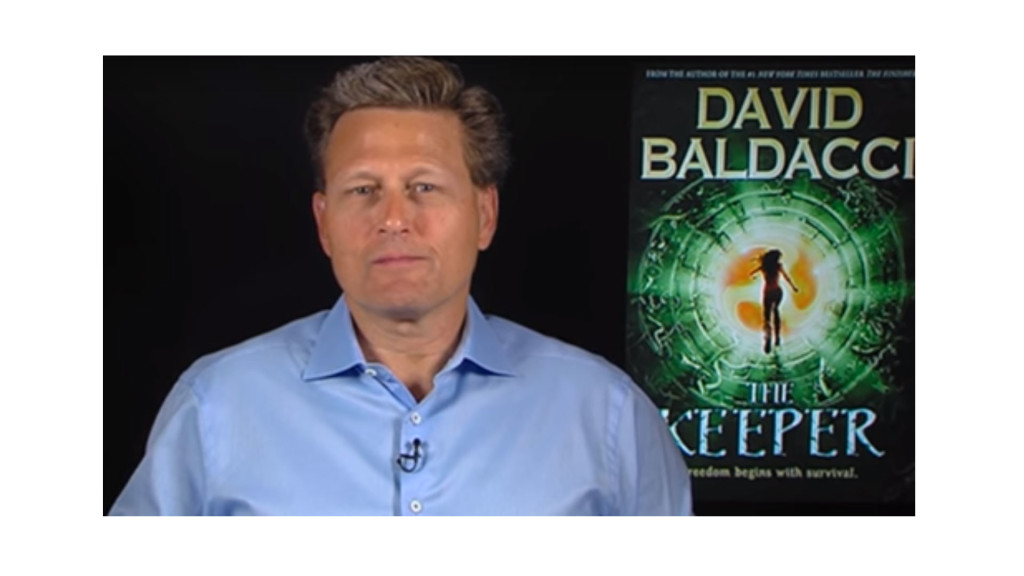 # 1 New York Times bestselling author, David Baldacci, will discuss his new book, THE KEEPER..
(THE KEEPER is the second in his young adult fantasy series. The FINISHER, which was the first, has been optioned for a movie.)

Called a “master craftsman” by the Associated Press and “one of the greatest thriller writers of the last decade” by Strand Magazine, Baldacci, whose adult thrillers have more than 110 millions copies in print worldwide, ventured into new fictional turf last year with THE FINISHER.

About David Baldacci: David Baldacci is the author of over twenty-eight books for adults, each of which has become both a national and international bestseller. His astonishing career started with Absolute Power, which was adapted into a major motion picture starring Clint Eastwood. David’s books have sold more than 110 million copies worldwide, and been translated into more than forty-five languages. Together with his wife, Michelle, David established the Wish You Well Foundation® to promote family literacy. David and his family live in Virginia. *David Baldacci has made numerous national television appearances, including the Today Show, Good Morning America, Larry King Live, and CBS This Morning and has been featured in countless national and international publications…