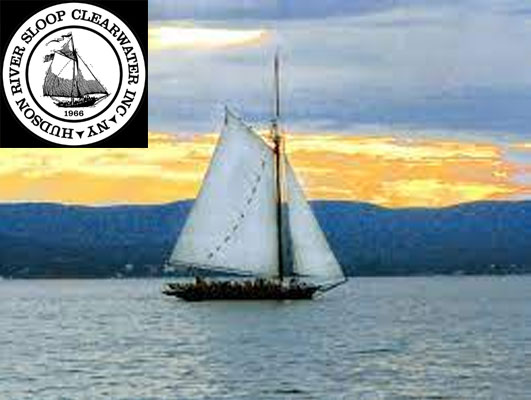 Clearwater is excited to welcome David Toman, who comes with over 25 years of experience in nonprofit leadership, most recently as the Vice President of Operations and Chief Financial Officer at the Mohonk Preserve. Toman’s non-profit career began in the public accounting world; his love of nature guided him to the Delaware Nature Society where he held the position of Associate Director of Business & Finance for 12 years.

As Clearwater’s Executive Director, Toman will be responsible for supervising all programs and operations, including implementing Clearwater’s recently adopted strategic plan in concert with board and staff. His work will encompass strengthening relationships with Hudson Valley partners and broadening both Clearwater’s base of support and the impact of its activities.

David hopes to draw from his combined experience in environmental advocacy, nature education, public engagement, and business acumen to help guide Clearwater as they address the current challenges to the health of our environment.

“Pete Seeger had a wonderful vision that a beautiful boat and music could bring people together to care for the Hudson River. Clearwater has played an important, unique, and necessary role in the ongoing efforts to protect the river” said Toman. “I am so fortunate to be able to join a dedicated group of people working towards this cause, and it will be a rewarding occupation knowing that I am serving this important mission.”

In his spare time, David enjoys paddling on local waterways, nature hikes with his Karelian Bear Dog, and listening to great music with his family, where they reside in New Paltz, NY.

Toman will replace Acting Executive Director Steve Stanne, who has kept the organization on course since July 2019. Stanne provided much needed stability for Clearwater as they navigated the challenges of the pandemic. Stanne will continue as Clearwater’s Board President and looks forward to working with its new executive director.

“With David’s arrival, Clearwater will voyage into the new year with optimism, buoyed by the continued generosity of our supporters, steered by talented and hard-working staff and crew, and following a course charted by the board’s adoption of our new strategic plan.”
Clearwater thanks Steve for his years of service, devotion to the organization, and commitment to the health of the Hudson River and its valley.

Today, we’re celebrating the profound legacy of Pete Seeger, on the eighth anniversary of his death.

For more than half a century, Pete championed the environment and for decades before he came to the Hudson Valley, social justice. In 1966, when the Hudson River was rank with raw sewage, toxic chemicals, oil pollution and bacteria, too anoxic to support fish life over many miles of its length, he announced plans to “build a boat to save the river.” In 1969, two thousand people attended the launching of the Hudson River Sloop Clearwater.

“Pete Seeger dedicated his life to leading a revolution against injustice. He sang for workers rights, civil rights, for environmental awareness; he built the sloop Clearwater to save the Hudson River from pollution. He succeeded in bringing social consciousness to these causes and helped to create historic reforms that made this world a better place,” said Captain Nick Rogers in 2017.

Over fifty years later, Clearwater is recognized for its unparalleled environmental education programs, through which hundreds of thousands of watershed residents of all ages have investigated the ecology, history, and environmental challenges of the Hudson Valley. These award-winning programs aim to create the next generation of environmental leaders.

Pete’s dedication to environmental and social justice has guided the organization through decades of advocacy through education. For years, he would show up (sometimes unannounced) at local elementary schools, armed with his iconic banjo to sing about the river with students. These school sing-a-longs remain treasured memories that the now parents of 4th graders share with us often during Sailing Classroom Programs.

Due to Pete’s leadership around equity and inclusivity, Clearwater has served for 4 decades as one of the only tall ships in the country to have a strong line of female (and female presenting) Captains and crew who found Clearwater as one of the only safe spaces with opportunities for advancement and respect in the industry. For 20 years, Clearwater has offered Youth Empowerment Programs to break down the barriers historically marginalized groups in the communities we serve face to the river and to sailing. Our advocacy team has played a critical role in coalition building with concerned community members, state, and federal regulatory agencies in the fight for clean water; resulting in two recent long awaited triumphs for Hudson Valley residents: the closure of Indian Point, marking the end of the Nuclear Power generation at the plant, and the New York State Department of Environmental Conservation’s denial of Danskammer proposed expansion of the fracked gas plant.

As we grow, learn, and create change together here at Clearwater, one thing becomes clear, and Captain Nick outlined it wonderfully, “We find ourselves fighting harder than ever to preserve his legacy as we see the patterns of history repeating themselves as we walk these same roads, fight these same fights, march in Washington D.C., and protest peacefully to protect our rights and our rivers. Pete has done more than inspire us, he taught us to use our voices, to unite, and to never stop fighting.”

Pete Seeger was a giant, worldwide, though he never wanted to be made out to be an idol. He made all us feel like we were a part of he and Toshi’s chosen family. He and his friends played music to get us together to raise awareness about the river, they inspired us to play music together, share memories, and mobilize against issues of social injustice in our own communities. He demonstrated that there is no age too old to begin advocating for what’s right,

Defending Your Skin’s Glow During the Dog Days of Summer! “Classic Good News” 07/27/07
Next Post: Artery Disease Can Affect More Than Just Your Heart