“The Cycles of Change” Radio Show

Discussions on where we were, where we are and

where we are going in changing world of universal rhythms. 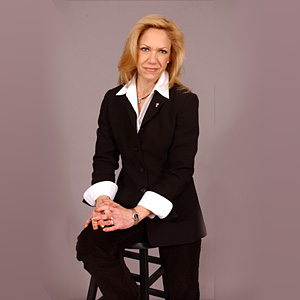 Deborah Paulmann makeup artist! Entertainment and what we make popular is a mirror of us as viewers. Our national trends shape what genres are popular and we draw patterns in the wake of our choices. Tonight we speak with Deborah Paulmann who currently is the key makeup Artist for “Conan” (TBS) at Warner Brothers. She has worked on “The Tonight Show with Conan O’Brien” as Supervisor of Makeup for NBC-TV New York, she has more than 20 years of makeup experience in film and television production including an Emmy nomination, she worked at “Saturday Night Live (NBC)”, “As The World Turns” (CBS), “One Life To Live” (ABC) and she was the makeup artist for the 58th Annual Emmy Awards host, Conan O’Brien. Deborah will discuss the changes she has witnessed in entertainment over the past thirty years with a unique perspective with an outside and inside point of view. Entertainment as a window to the mind and mirror of the soul in the cycles of change. Learn more at: DeborahPaulmann.com.

If you don’t catch the show Live you can listen to the audio archive at: BlogTalkRadio.com/cycles

~ Last Time on Cycles Radio: Ray Tomes on Universal Harmonics (recast fron Oct. 18) ~
Ray Tomes founded the Cycles Research Institute to further the study of cycles. Ray notes the the Universe consists of a standing wave which develops harmonically related waves,
BlogTalkRadio.com/…/Ray-Tomes-on-Harmonics-Theory-in-Universal-Patterns
What is Cycles Radio?” Cycles Radio explores the Cycles of Change based on the study of your host, K. David Katzmire, who has developed the theory for more than three decades to understand the Cycles of Time. Universal patterns can be found in a person, a nation and in the eras of civilization on different scales of size and time. Therein lie undulating energies of physical, emotional, intellectual and spiritual cycles that are replete through our lives in wonderful fractal patterns that we can discern once we unlock the simple code.
This fascinating discovery has led to notable accuracy in identifying the manifestations of energy that effect all aspects of our lives from; the leaders we choose, our business trends, scientific developments, arts & literature, music & entertainment, sports, fashion trends and much more, all moving to the same universal patterns. This weekly show is dedicated to exploring this inquiry further. Join us and see how these cycles may effect you in the days and years ahead and where you are in the tides of time.
Thank you, K. David Katzmire