Listen to “Distinguished Historian Reveals Truths About A Forgotten America In New Critically-Acclaimed Novel” on Spreaker. 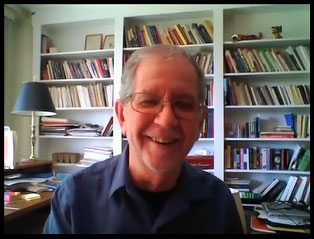 Gilbert’s prose style is detailed, voice-driven, and refined. The author quickly establishes a sense of place that becomes increasingly vivid as Gilbert introduces its many distinctive residents. [He] excels in creating memorable characters whose individual stories coalesce to tell a broader literary and historical narrative. In the tradition of Winesburg, Ohio, Gilbert’s Tales of Little Egypt brings small-town America to full life.
–Publishers Weekly Book Life Review
“From the very beginning TALES OF LITTLE EGYPT prepares us for an emotional journey. From a battle-side death bed to the truths of small-town America, this collection of historical short fiction weaves between tales that are at times endearing, at times tragic, but always insightful… A rich collection of short stories offering insight into the collective American past and present.”
— Independent Book Review
A Fulbright Scholar and historian-turned-master-storyteller is at it again in his 15th book, Tales From Little Egypt, a fictional account of life that spans from the Civil War of the 1860s to the Influenza Pandemic of 1918 and World War I. Once a distinguished professor and Fulbright Scholar, James, who also had one of his history books make a New York Times Notable List, takes a historical approach to examining 13 imaginary lives that touched some of the most significant eras of American history.
“Little Egypt was the destination of my childhood summer,” reveals Gilbert. “Those gatherings where family stories were shared would serve as inspiration for the colorful tales I have penned.” Indeed, three generations of his family lived there, and some family members fought on opposite sides of the Civil War.
More About The Book:
Tales of Little Egypt is a fictional account of small-town America and the peculiar, ordinary, eccentric, sturdy, cunning, and contented characters who created it. Set in the years between the Civil War and the great Influenza Plague of 1918, this is a pageant of imaginary people–the narratives of a score of men, women, and children whose lives illustrate the immense changes and challenges of that turbulent era. This was a period of great events and outsized personalities: splendid World’s Fairs attended by millions, radical new inventions, devastating wars and violent revolutions; leaders like Theodore Roosevelt. But underneath were the people whose stories are as fascinating, troubled, compelling and triumphant as anything that has occupied the attention of historians. There was the town doctor, the local sheriff, the jeweler, the self-appointed matron of morality, a young black girl and her mother, a boy who ran off to the circus and many others: lovers, criminals, teachers, ministers, and odd characters. As a community, their lives and ambitions, their failures and tragedies–sometimes at their own making–and their small successes intersected and become a part of each other.
Marion, Illinois is both a real place and the imaginary location for these stories. Set in the center of Little Egypt, Marion is a county seat in the middle of this unique area, a river delta wedged between the Ohio and Mississippi Rivers. These two great highways of American immigration and trade sent millions of settlers North and South, East and West and back. The few who stopped off to make it their home created something distinctive. Theirs was a society that reflected the crossroads it occupied and the mix of cultures and sections that it represented. It was both nowhere and everywhere. Therefore, their struggles to make sense of this world exemplify the tale and the memory of modern America in the making.
For Zona Romantica:
“An entertaining mystery with a vibrant setting.”
–Kirkus Reviews
“The dash of romance added to the intrigue and historical references keeps Zona Romantica a thoroughly inviting read, juxtaposing personal and political observations right up to an unexpected conclusion.
Midwest Book Reviews