Do you want peace between all peoples? Do you believe that “love conquers all”? Then you must see an amazing new play with selected performances off-Broadway in New York City . July 19-23, Video and Podcast are Here…

You are here: Home / Arts & Leisure / Music and Dance / Do you want peace between all peoples? Do you believe that “love conquers all”? Then you must see an amazing new play with selected performances off-Broadway in New York City . July 19-23, Video and Podcast are Here…

Listen to “Do you want peace between all peoples? Do you believe that “love conquers all”? Then you must see an amazing new play with selected…” on Spreaker. 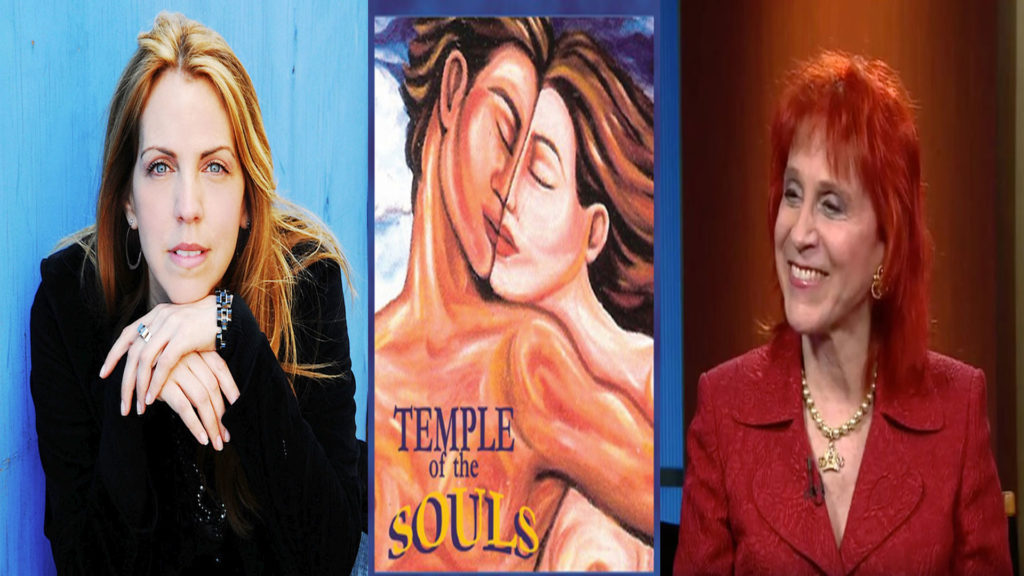 This must-see musical “Temple of the Souls” is set at the time when the Spanish conquered the native Taínos of Puerto Rico in the 1500s, as the backdrop of a star-crossed love story reminiscent of “Romeo and Juliet” and “West Side Story.” The play will move you to your soul! Limited performances are in the New York Musical Festival, July 19-23. See: www.nymf.org/festival/2017-events/temple-souls/ or call (212) 352-3101.

In the play, the lovers, Guario, a young Taíno runaway, and Amada, the daughter of a Spanish Conquistador, meet by chance during a raucous Fiesta, but their union is thwarted by the intolerant world around them. The star-crossed lovers escape to the Temple of the Souls, to blend their two worlds with their forbidden love stronger than death.

The play is timely, given the present administration’s stance on immigration, and cultural clashes leading to tragedy that have repeated in history, whether it is the siege of Masada, the Holocaust, the Puerto Rican Taínos, or today’s crisis in Syria and the Middle East. “Temple of the Souls” highlights the urgency to decrease prejudice and increase acceptance for peace.

Interestingly, the “Temple of the Souls” production is a “family and friends affair,” as it was originally written by noted Puerto Rico poet, actress and performer Anita Velez-Mitchell (who recently died at 99 years of age), and developed to its present-day form by her granddaughter, Lorca Peress, noted Director and founder of Multistages, with her other granddaughter, Anika Paris, a noted composer with many Hollywood credits. Further, the play is produced by Anita’s daughter, famous television investigative reporter Jane Velez-Mitchell, and Executive Produced by family friend and Jane’s BFF from their days starting in the 1980s as reporters together at WCBS-TV News, Dr. Judy Kuriansky, who is a well-known clinical psychologist who knows about the love theme in the play from being the “love expert” hosting radio advice shows for years, and who knows about the culture issues in the play from producing many events at the United Nations including “World Day for Cultural Diversity for Dialogue and Development” and books she;s authored including “Beyond Bullets and Bombs: Grassroots Peacebuilding between Palestinians and Israelis.”

“The virtual extinction of the native Taíno people by Spanish colonizers in 16th-century Puerto Rico serves as the background for the new musical, Temple of the Souls… Using a “Romeo and Juliet” love affair between a Taíno man and the daughter of a conquistador to depict the tragic consequences of that cultural collision.” (Backstage)

The theme of cultural-divide in Temple of the Souls – with the Taíno natives persecuted by the conquering Spaniards — is a passion of Dr. Judy’s as she has produced multiple events at the UN, such as the “World Day of Cultural Diversity for Dialogue and Development” and “Interfaith Harmony Week,” as well as her books on the Middle East crisis, including “Terror in the Holy Land” and “Beyond Bullets and Bombs,” and her work for peace, in her “Stand Up for Peace Project” and “Global Kids Connect Project.”

In the play, set in the 16th Century Puerto Rico, the lovers, Guario, a young Taíno runaway, and Amada, the daughter of a Spanish Conquistador, meet by chance during a raucous Fiesta, but their union is thwarted by the intolerant world around them. The star-crossed lovers escape to the Temple of the Souls, to blend their two worlds with their forbidden love stronger than death.

The theme of cultural divide is exceptionally relevant in today’s world. Says, psychologist Kuriansky, a professor at Columbia University Teachers College, who is popularly known as “Dr. Judy” from her years giving top-rated call-in advice on the radio, “The success of this romance is imperative to show the world today about the power of blending culture and race, and in turn, to decrease hatred and increase social tolerance and peace. This is the hope for our present and future.”

Dr. Judy is available to talk about her involvement in the play and her expertise on the subject of cultural differences, both internationally and in interpersonal relationships, evident in her book, “The Complete Idiots Guide to A Healthy Relationship.”

I’ve enclosed the press release for your perusal, and look forward to speaking to you about this idea and can be reached at this email and 917-562-5670. Please let me know if there is a performance that you can attend, and I will happily reserve you a ticket.

MULTISTAGES, in association with Dr. Judy Kuriansky and Jane Velez-Mitchell, is pleased to announce the award-winning musical, TEMPLE OF THE SOULS, co-written by poet Anita Velez-Mitchell, platinum-winning composers Dean Landon and Anika Paris, and MultiStages Artistic Director Lorca Peress. Peress will also direct, with musical direction by Bruce Baumer, choreography by Enrique Brown, and visual design by Obie-winner Jan Hartley. TEMPLE OF THE SOULS will play a limited engagement as part of the New York Musical Festival at Off-Broadway’s The Acorn Theatre at Theatre Row (410 W. 42nd St., NY, NY 10036). Performances begin Wednesday, July 19 and continue until Sunday, July 23. Press are invited to all performances.

TEMPLE OF THE SOULS is a time-traveling love story set in the mystical El Yunque rain forest, caves, and valleys of Puerto Rico. We open on a present-day tour through an ancient cave known to be inhabited by Taíno Souls, the indigenous people who once ruled the island. Two tourists become entranced by a Taíno cave drawing of legendary lovers, and are magically transported back in time to the 16th Century as the lovers, Guario, a young Taíno runaway, and Amada, the daughter of a Conquistador. They meet by chance during the raucous San Juan Bautista Fiesta, but their union is thwarted by the intolerant world around them. To escape, they run to the Temple of the Souls where nightmares and dreams come true. With a forbidden love that is stronger than death and the blending of two worlds, they change the face of Puerto Rico forever.

Gil Dezer, President of Dezer Development
Next Post: Save the Children Action Network