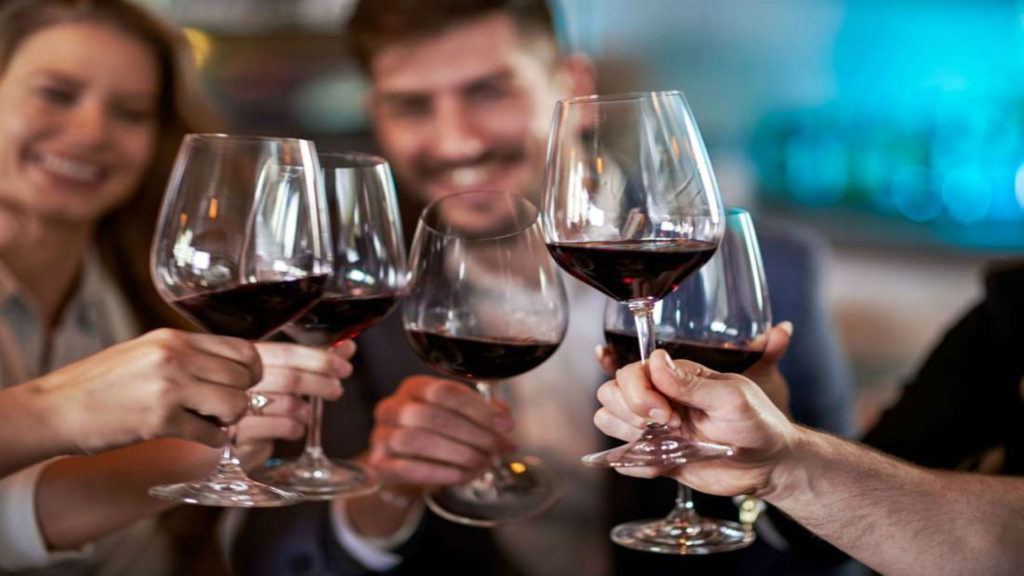 The health benefits of wine can sometimes be overstated by people who are a few glasses deep and slurring their words. Should you ever find yourself in a position to defend your moderate imbibing, you have supporting evidence: A new study says two glasses of wine daily can potentially reduce your risk of developing Alzheimer’s.

The study, which appears in Scientific Reports, shows that wine has an effect on one’s glymphatic function, or the way the brain removes toxins. To clear itself of damaging and accumulated proteins like tau and beta amyloid, which are often linked with dementia, the brain pumps in cerebral spinal fluid (CSF) to act as a flushing solution. All sorts of variables can influence the glymphatic system’s operation, including trauma, stroke, and excessive alcohol intake.
But when researchers dosed the mice in the study with moderate alcohol—amounting to 2.6 drinks daily—the glymphatic system was more efficient, removing more waste and exhibiting less inflammation than the teetotaling control mice.

As is usually the case when it comes to booze, you can have too much of a good thing. When mice got the equivalent of 7.9 drinks daily, their glymphatic system grew sluggish until the overindulging was terminated.

“Studies have shown that low-to-moderate alcohol intake is associated with a lesser risk of dementia, while heavy drinking for many years confers an increased risk of cognitive decline,” lead study author Maiken Nedergaard, of the University of Rochester Medical Center, said in a press statement. “This study may help explain why this occurs. Specifically, low doses of alcohol appear to improve overall brain health.”