You are here: Home / Living & Learning / Health and Wellness / ELIMINATING THE GROWING PROBLEM OF HATEFUL SPEECH & ANTISOCIAL BEHAVIOR IN SOCIETY 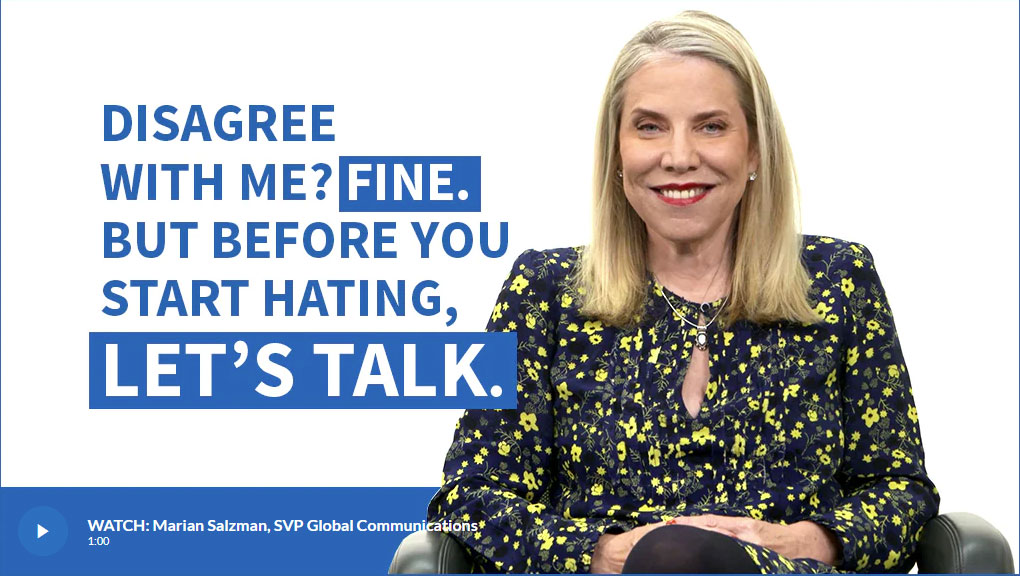 Listen to “ELIMINATING THE GROWING PROBLEM OF HATEFUL SPEECH & ANTISOCIAL BEHAVIOR IN SOCIETY” on Spreaker.

How Corporations & Individuals Can Help

If you have spent any time on social media in the past several years, you will have seen harassment and hate in all its ugliness. Social media platforms, initially touted as mechanisms to bring the world together, have grown into petri dishes breeding hostility, harassment, and hateful discourse. Hate and antisocial behaviors are also increasingly prevalent offline.

http://www.pmi.com/letstalk or https://mariansalzman.com/
One corporation which has long experienced hostility is Philip Morris International (PMI). The company says that comes with being a prominent player in an industry viewed unfavorably by much of society because of its core product: cigarettes.

Today, even as the company is working to deliver a smoke-free future thanks to science-based, better alternatives for adults who would otherwise continue to smoke —moving ever closer to the time when it will completely end sales of cigarettes in the international markets where they operate—vestiges of that hate remain, impeding an open and fact-based dialogue on the potential these innovative products represent for smokers and public health.

The consequences of hate and polarization transcend industry sectors and impede progress across society. That’s why the company wants to elevate the conversation around some solutions to the problem of what they are calling “hate in the air.” PMI has conducted a survey and developed a report from the survey responses, to try to find some answers to this growing problem in society and understand what factors have led to the rise in hate and misinformation and the loss of civil discourse and respect for objective truth.

PMI surveyed 5,000 adults in five markets: Brazil, France, South Africa, South Korea, and the United States. 70% reported that the level of hate and hate speech in their country has increased in the past two years and 52% worry that hate, and hostility are hampering progress in society.

Salzman says while hate globally is on the rise, this trend should not surprise us. She says our modern culture of news consumption too often cages us within echo chambers self-constructed to affirm our beliefs and push out conflicting data and perspectives.

She’ll also offer ways to begin engaging in constructive dialogue. Salzman is considered one of the world’s top trendspotters and throughout her career has been at the leading edge of the rapid revolution in technology and social change.

Company officials say their report is intended to contribute to the conversation around hate and division and encourage more individuals and organizations to work toward resolving these critical challenges. Some recommendations include:

Engage, engage, engage: Relentlessly seek out opportunities for interaction, dialogue, and debate, even with—perhaps especially with—those who consider you the enemy.

End exclusionary policies and practices: Among survey respondents, 77% agree that society’s biggest challenges will never be solved if we demonize and exclude those with whom we disagree.

Champion the primacy of science and fact: Using data and proof points as anchors, companies must use their full voice to show up in conversations and counter the noise created by those seeking to confuse or mislead.

WE’VE ALL SEEN THE GROWING ATTITUDES OF ANGER IN SOCIAL MEDIA AND OFFLINE – WHAT DID YOUR SURVEY SHOW?

2. AFTER REVIEWING THE SURVEY RESULTS WHAT WOULD YOU SAY IS DRIVING THIS RISE IN HATE?

3. WHAT ARE SOME OF THE RECOMMENDATIONS FOR CORPORATIONS AND INDIVIDUALS TO MOVE BEYOND HATE?

4. WHY WAS IT IMPORTANT TO CONDUCT THIS SURVEY?

5. WHAT OTHER KEY TAKEAWAYS DO YOU WANT THE AUDIENCE TO BE AWARE OF?

Marian Salzman heads global communications at Philip Morris International (PMI), where she is helping the company to fulfill its mission of delivering a smoke-free future.

She has been named one of the world’s top five trendspotters and is among the most-awarded communications executives, including having been listed in PRWeek’s Global Power Book and as a PR News Top Woman in PR. Throughout her career, she has been at the leading edge of the rapid revolution in technology and social change. She co-founded the first online market research company a quarter century ago and remains a go-to source on trends emerging in the digital space. She joined PMI in 2018 after a decade as CEO of Havas PR North America and the Havas PR Global Collective (30+ markets).

In 2003, Marian introduced the world to “metrosexuality” and was later a driving voice in the concepts of local as the new global and chaos as the new normal. She presents across the globe on topics ranging from cultural trends and branding to generational differences and more. She is the author or co-author of 16 books, including Buzz, the first big business book on viral marketing, and Agile PR: Expert Messaging in a Hyper-Connected, Always-on World. Her newest book, The New Megatrends: Seeing Clearly in the Age of Disruption, will be published by Crown in 2022.