You are here: Home / Arts & Leisure / Music and Dance / Estelle

Listen to “Estelle” on Spreaker. 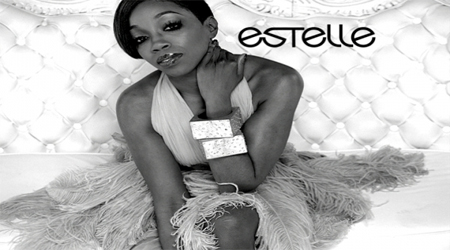 Estelle Takes Home First Grammy! She appears at The apollo with John Legend. Congratulations to Estelle for her first Grammy win for ‘Best Rap/Sung Collaboration’ for “American Boy” ft. Kanye West. Estelle also performed the track live on stage with Mr. West at the big show and blew the audience away with her amazing voice. Head over to Grammy.com for a complete recap of all the action from the 2009 Grammy Awards. And be sure to pick up Estelle’s debut album SHINE in stores & online now! 02-03-2009 Estelle to Perform with Kanye at Grammy Awards The Grammy nominated Estelle (Song of the Year, Best Rap/Sung Collaboration) is scheduled to perform with fellow nominee Kanye West as the next round of performers announced for the 51st Annual Grammy Awards. The two will most likely perform their ‘Song of the Year’ nom, the smash single “American Boy”! The music industry’s premiere event will take place live on Sunday, Feb. 8, at Staples Center in Los Angeles and will be broadcast on CBS from 8 -11:30 p.m. (ET/PT). http://www.estellemusic.com/

*Beautiful Message. Not to be missed!!*
Next Post: Everywhere you go, Leave a glitter trail…………