You are here: Home / All We Need Is Love / Religion and Spirituality / French Legislators Call forPartial Ban on Muslim Face Veil 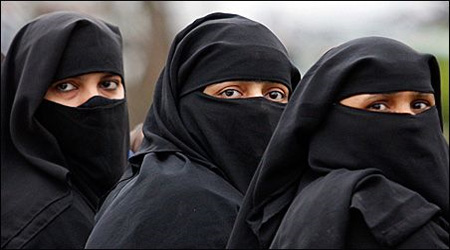 * French parliamentary committee calls for ban on Muslim women wearing full face veils (burka and niqab) when using public services.
* Report emerged from six-month cross-party parliamentary inquiry which was launched at urging of French President Nicolas Sarkozy.
* Findings of report are likely to become law quickly, and polls show a majority of the French public supports a ban; supporters of ban say veil harms women’s rights, and is incompatible with values of West and secular tradition of French Republic.
* Critics of ban say proposed legislation is incompatible with right to religious freedom, and contributes to anti-Muslim sentiment.

Professor Francois Burgat is Senior Research Fellow at the National Centre for Scientific Research (CNRS), France, and is posted at IREMAM (Institut de Recherches et d’Etudes sur le Monde Arabe et Musulman) in Aix-en-Provence. He is a renowned political scientist and specialist on the Arab world. He has lectured throughout the world at a wide range of academic institutions, as well as the World Economic Forum and NATO conferences.

Amara Bamba is editor in chief of SaphirNews.com, the first French web-magazine dedicated to Islamic news and information. Mr. Bamba was a leader of the French Islamic Students Association (FISA), the first French Muslim students association.

Dr. Sara Silvestri is a specialist on the development of public policies towards Muslim communities in Europe. She is an assistant professor at City University London, where she teaches courses on political Islam and religion in global politics. She is also a research associate with the Centre for Faith in Society at Cambridge, and an advisor to the EuroMediterranean Foundation for Cultural Dialogue. She is regularly consulted by governments and the media on her field of expertise.

Famile Arslan is a Dutch lawyer and a board member of the Islam and Citizenship Foundation, which aims to stimulate debate over the concept of citizenship within the Muslim community. She previously worked for the Dutch Ministry of Justice.

Mona Eltahawy is an award-winning New York-based journalist and commentator, and an international lecturer. Her opinion pieces have appeared frequently in the International Herald Tribune, The Washington Post and the pan-Arab Asharq al-Awsat newspaper and she has also published opeds in The New York Times, the Christian Science Monitor, Egypt’s al-Dostour and Lebanon’s Daily Star.

Previous Post: « Super Bowl Sunday is not just about the game
Next Post: U.S. Agency Changes Tune on Bisphenol A »