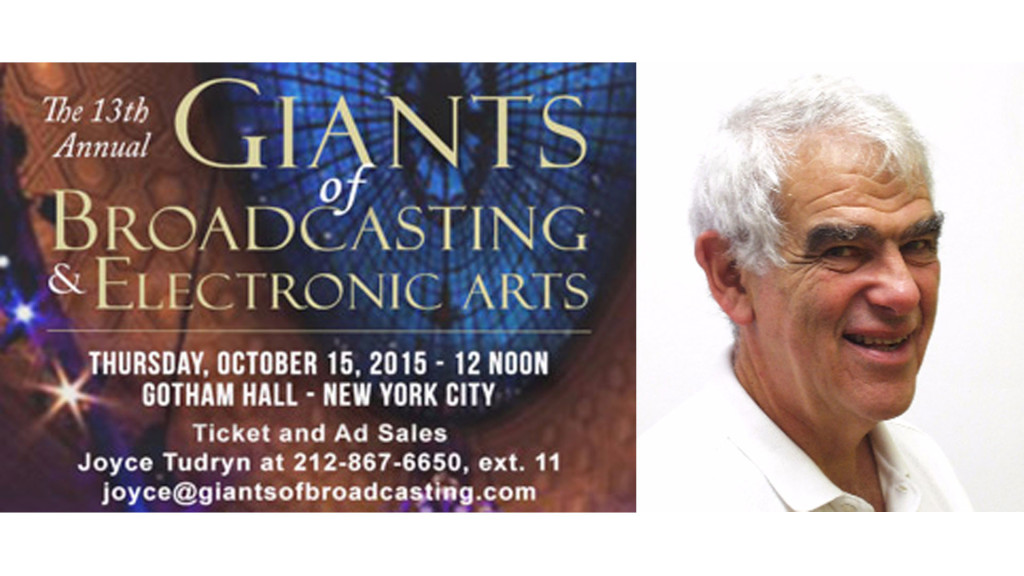 An annual celebration of THE LIBRARY OF AMERICAN BROADCASTING FOUNDATION presented by THE IRTS FOUNDATION
The Giants of Broadcasting & Electronic Arts is an annual celebration of the distinguished individuals who have for the past century been the creators, the innovators, the entrepreneurs, the performers and the journalists who have brought the electronic arts to the prominence they occupy in the United States and the world today, and who have set the stage for the future. The next class of the best in broadcasting and electronic arts will join the honor roll in New York’s Gotham Hall on October 15, 2015.

About Bill Persky
Bill Persky is a five-time Emmy Award-winning writer, director and producer for such hit TV shows as the Dick Van Dyke Show, That Girl, Sid Caesar, Bill Cosby, and Kate & Allie. As funny as the comedy scripts he has written for over four decades, he is a sought after keynote and after dinner speaker.

After a start at WNEW radio in the mid 1950s, Persky moved to California and wrote for a variety of shows including, The Steve Allen Show, The Andy Williams Show, Julie Andrews Show, McHales Navy, and The Joey Bishop Show, until he found a home with mentor Carl Reiner on The Dick Van Dyke Show. After three years as a writer, story editor, and two Emmys, Persky – with his writing partner Sam Denoff – created That Girl for Marlo Thomas.

In the mid 1970s, the successful partnership ended amicably, as Persky sought a new path as a director, specializing in Television pilots. From 1975 to 1982 he directed 22, of which 16 were put on the air as series, the most memorable being Who’s The Boss?. There were also five television films, and the Paramount feature, Serial, before he moved to New York to produce and direct 100 episodes of the series, Kate and Allie, winning an Emmy for directing. He was honored by the Writers Guild with a life time achievement award in 1998.

Persky lives in New York City with his wife, advertising executive Joanna Patton, and has a very active speaking career and is a guest lecturer at NYU Film School and Yale University, and teaches comedy writing at The New York Film Academy. In addition to his current memoir, My Life is a situation Comedy, he is a contributing writer to USA Today. Esquire and the L.A. Times.