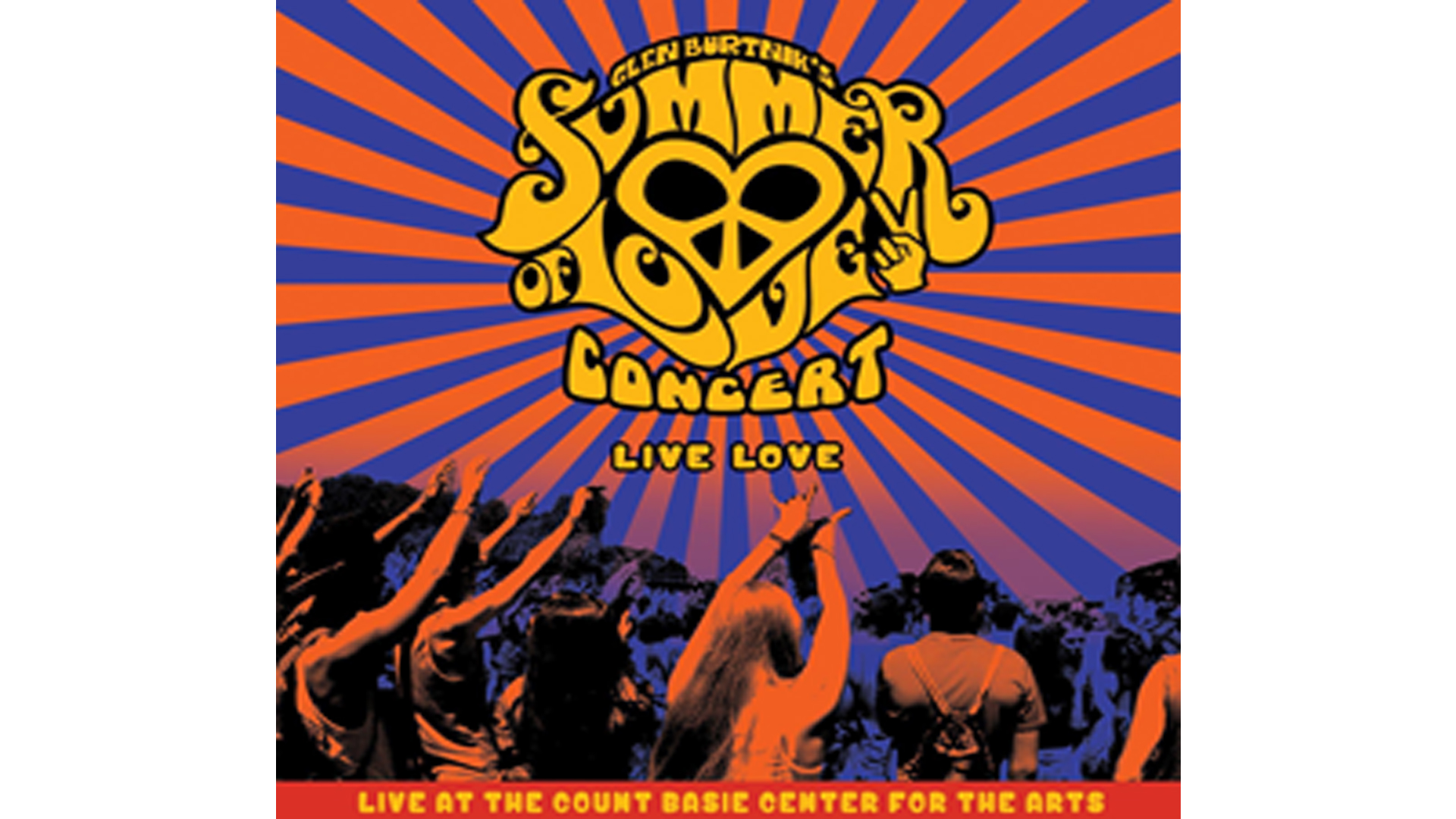 “Relive the Memories, Share the Spirit and Celebrate the Songs of the Woodstock Generation”

In celebration of the 50th anniversary of the 1969 Woodstock Music and Art Festival, JEM Records is releasing Glen Burtnik’s Summer of Love Concert, “Live Love” on May 31st. The 18 song, 2-CD set will be specially priced as a download and stream.

“Live Love captures the excitement and greatness of one of the most iconic periods in music history–June 1, 1967 (Sgt. Pepper) to August 15, 1969 (Woodstock),” said Marty Scott, President of JEM Records.

“From the moment the production kicks into the opening chord, the room ignites with an electric, contagious enthusiasm,” said Burtnik. “Lucky for us, Tony caught lightning in a bottle on this March evening in 2018, by capturing our performance.”

From the opening, “Happy Together,” with Burtnik on lead vocals, to featured vocalist Freedom Bremner’s closing Sly and the Family Stone medley, the set beautifully captures the peace and love essence of the ‘60s in every way. One by one, the tracks bring you back to the time “White Rabbit,” “Proud Mary,”and “Touch Me” were playing everyday on the radio.

One of the most unforgettable highlights is the energized, on-fire performance by Remember Jones, (Anthony D’Amato) who breathes fresh excitement into both the Leon Russell “Delta Lady” and the Joe Cocker version of The Beatles’, “A Little Help From My Friends.” His performance brought the crowd to its feet.

Burtnik and Pallagrosi have long histories in the music industry, and started the show nine years ago.

Burtnik began his career as a member of Beatlemania (he played Paul.) During the 80’s, he was a solo artist on A&M, while writing hit songs for others including the mega-hit “Sometimes Love Just Ain’t Enough” for Don Henley and Patty Smyth. He spent 10 years as a member of Styx and now plays bass as a member of the Beatle inspired JEM Records group, The Weeklings. He also is a member of The Orchestra (with former members of ELO) and, along with other members of The Weeklings, performs with Max Weinberg’s Jukebox.

Pallagrosi has had an extensive career in the music business as well. He was the co- owner of Concerts East, one of the nation’s largest independent concert promoters, producing over 6,000 shows. He founded and owned New Jersey’s Starland Ballroom, one of America’s most successful concert-club venues. In addition, Pallagrosi was a musician touring, performing and recording with artists such as Southside Johnny and the Asbury Jukes, Bruce Springsteen & The E Street Band, Boz Scaggs, Delbert McClinton, The Blues Allstars and many others.

The CDs include music from such artists as The Beatles, Creedence Clearwater Revival, Janis Joplin, The Doors, Crosby, Stills, Nash and Young, Jefferson Airplane, The Turtles, The Mamas and the Papas, Lulu, Procol Harum, Joe Cocker, Melanie, Ike & Tina Turner, Otis Redding, and Sly and The Family Stone.

Why that particular time? “I’ve always had a playlist on my I-Pod named The Summer of Love,’ Burtnik said. “ I’m actually a hippie at heart. The music of that era moves me.”

Pallagrosi and Burtnik are available for interviews with the media for:
articles / radio / television broadcasts