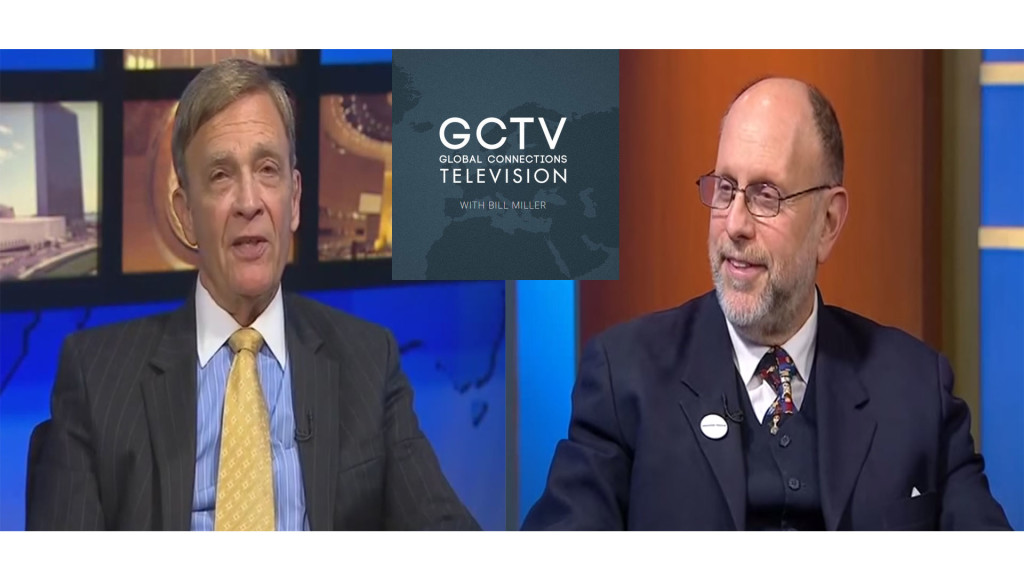 Bill Miller http://globalconnectionstelevision.com/about/
Bill Miller worked with the Kentucky Legislative Research Commission (LRC), which is the bipartisan staff for the Kentucky General Assembly, from 1977-1999 primarily as a Federal/International Relations Specialist and Assistant Public Information Officer. Upon retirement, he established Miller and Associates Federal and International Relations Media Consultants.
The California Senate and Kentucky General Assembly were the only two legislative bodies at that time that housed an international relations office, with the goal of assisting legislators to deal with international activities that affected their states, respectively.
A native of Louisville, Kentucky, Mr. Miller holds a Masters of Science of Social Work from the University of Louisville’s Kent School of Social Work and a Masters of Public Administration from Kentucky State University.
Mr. Miller, as a public service, produced and moderated Channel 10’s “Frankfort’s Global Connection” and “Louisville’s Global Connection” television programs. They are the only internationally related TV talk shows of their type in Kentucky, and some of the very few around the US. In recognition of these unique programs, Bill received the 2002 Earl Eames Award for Technological Innovation presented by the United Nations Association of the USA (UNA-USA).
He is the producer/moderator of “Global Connections Television,” which does most of its tapings at the United Nations in New York. Global Connections Television focuses on international issues that impact people from Frankfort, Kentucky to Frankfurt, Germany and from Lima, Ohio to Lima, Peru.
Mr. Miller helped develop international education programs at the local level and the “Rotary Day at the United Nations Program.” He was President of the Frankfort Rotary Club (2000-01) and was the Rotary District 6710 Governor (2003-2004). He has served as a Rotary Alternate Representative to the United Nations.
Bill has 32 years of Perfect Attendance as a Rotarian. He has served for several years as the District 6710 International Committee Chair. In 2009, Bill was Rotary International President D.K. Lee’s Representative to District 6580’s District Conference.
Recently, Mr. Miller was inducted into the National Press Club in Washington, DC. He is also a member of the UN Correspondents Association (UNCA), the Society of Professional Journalists (SPJ) and the Radio, Television and Digital News Association (RTDNA). professional associations include: the American Society for Public Administration, the International Studies Association, the Foreign Policy Association and the American Council for the United Nations System (ACUNS).
From 1988-1991, Bill Miller served as Chairperson of the United Nations Association of the United States of America’s (UNA-USA) Council of Chapters and Division Presidents, which consisted of UNA-USA’s 175 chapters and 23,000 members . UNA-USA is not part of the United Nations; however, it is one of the largest nonpartisan, 501 c 3, research and membership based foreign policy associations in the US dedicated to a discussion of international-local issues and the role of the UN in helping to resolve these problems.
Mr. Miller, an international relations specialist, has written numerous articles on the United Nations for newspapers, such as the Lexington-Herald Leader, ASPA’s PA Times and Washington International.
In 2006, Bill Miller launched a unique course titled “The United Nations: Public Administration in the International Arena” in the Graduate School of Public Administration at Kentucky State University (KSU). This was the first international public administration course focusing specifically on the UN developed in any school of public administration in the US.
Bill Miller has been actively involved in Toastmasters International since 1998. He has served as Southern Division Governor and Vice-President for Public Relations and Membership in the Frankfort Capital City Toastmasters’ Club. He has achieved his Advanced Toastmasters Silver and Competent Leader Awards.
Previously, Mr. Miller has served as Chairperson of the National Conference of State Legislature’s International Task Force, and as a member of the Council of State Governments International Committee, and as Chair of the American Society of Public Administrators International Committee.
Mr. Miller is fluent in Spanish, semi-fluent in French, and has studied German, Portuguese, Russian and Japanese. Bill Miller has lived in and/or visited 88 countries.